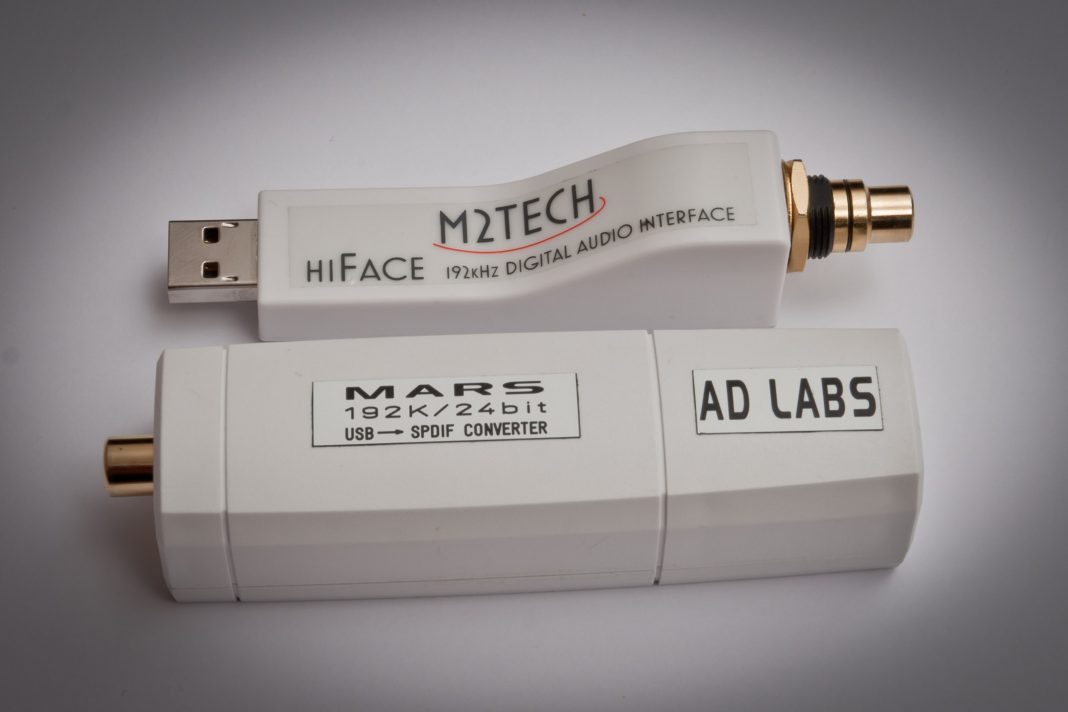 Importance of a quality transport and the difference it makes, compared with an integrated converter of a DAC or CD player from the consumer area, I felt some time ago, when I connected for the first time a M2Tech Hi-Face with a NOS (Non-Oversampling) DAC. The sound was so different, in a positive way, that I felt like listening to a significantly more expensive sound system, the veil feeling between me and the music just disappeared. 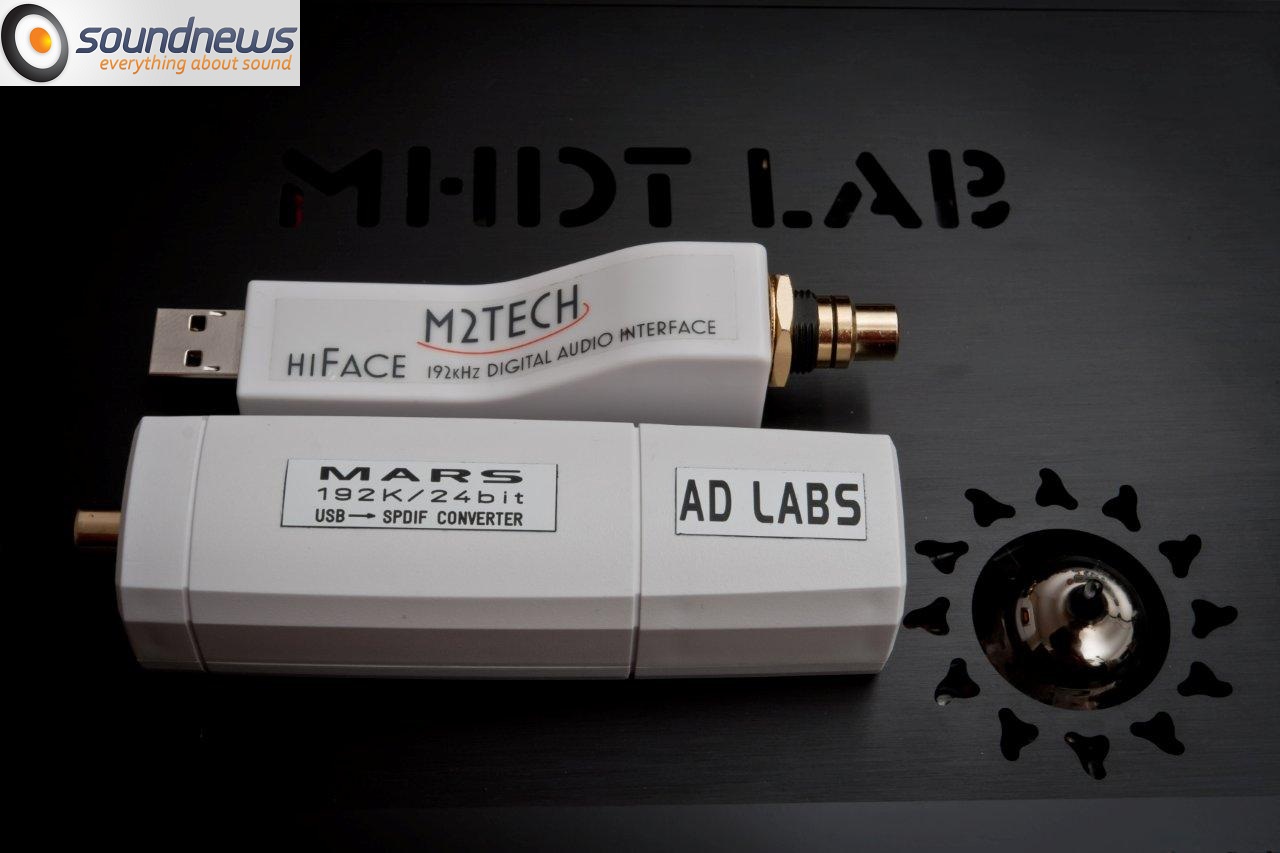 Many manufacturers are focused on building digital decoding when designing a DAC, neglecting in many cases, digital signal decoding USB or Coaxial/Optical, on the input of the DAC. A good example is the MHDT Havana DAC. It sounds great, when used with a dedicated transport or on the contrary, unfocused, without microdetails, if you use its USB inputs (directly from your PC) or Coaxial (poor quality transport). The jitter rejection and the power supply of the inputs of the convertors (USB and Coax/Optical)  is entirely lacking in the Havana DAC. We felt these differences even in DACs who swore that has the best jitter rejection or noise rejection ever. From my experience, a dedicated external converter in most cases adds extra performance, which is smaller or larger depending on the quality of other components of an audio chain. On Burson HA-160D and Electrocompaniet PD-1 differences were small, but noticeable, sound quality improvement was distinguished in almost any recording we’ve tested. 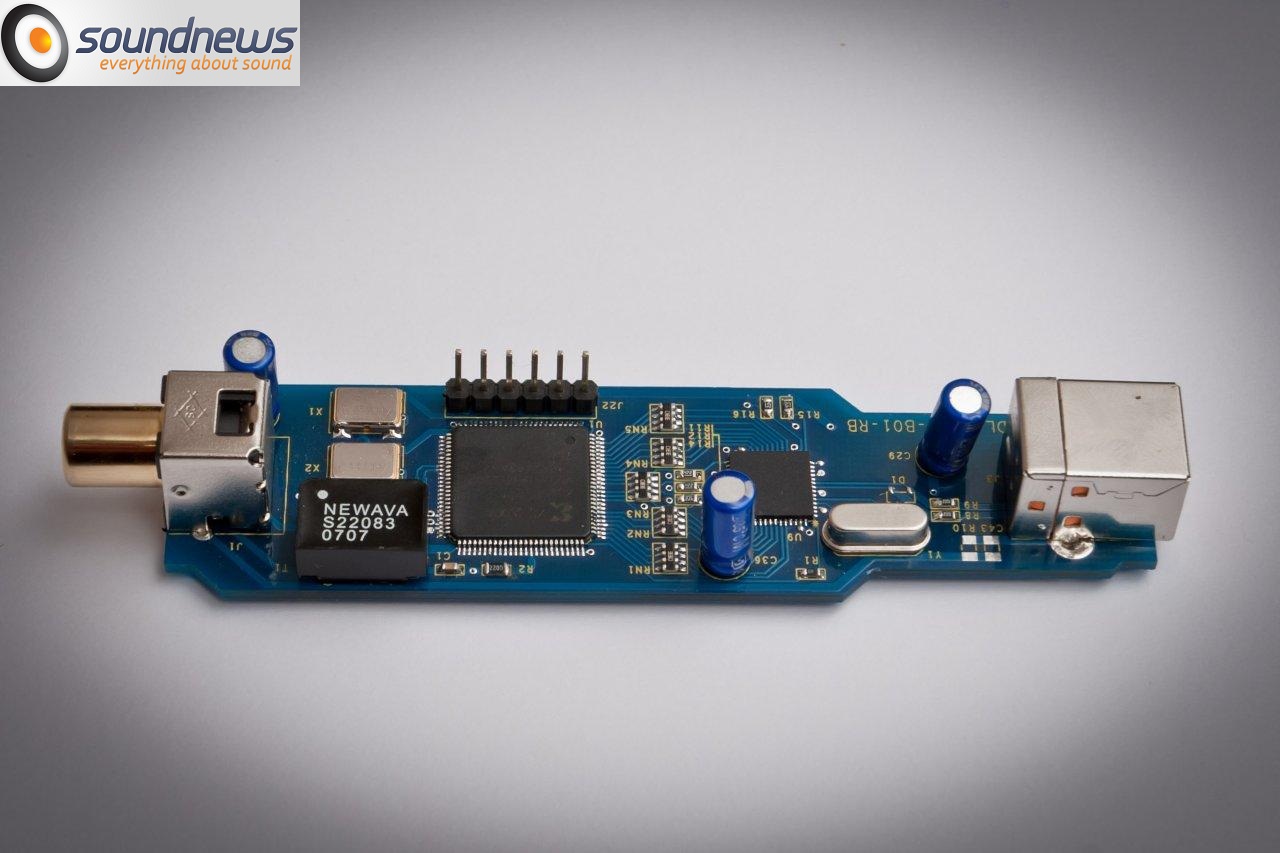 Technical Desciption:
In this article we will discuss a very new product on the market (located in the launch phase right now), namely – AD Labs Mars. It is important to know that it is designed and produced in Romania, which belongs to a division of  Rockna Audio. This company is „responsible” among other things for the success of the dedicated transport: Wavequest and RD-25 DAC. The latter was used in many of my tests.
Technical Data:
• Asynchronous USB to SPDIF interface with dedicated drivers that supports KernelStreaming or Wasapi
• Sample rate: 44.1k – 192K / 16 to 24 bit
• galvanic isolation on SPDIF
• Low-noise linear stabilization, for each circuit
• Direct SPDIF coding, using programmable logic
• Ultra-low jitter clocks. 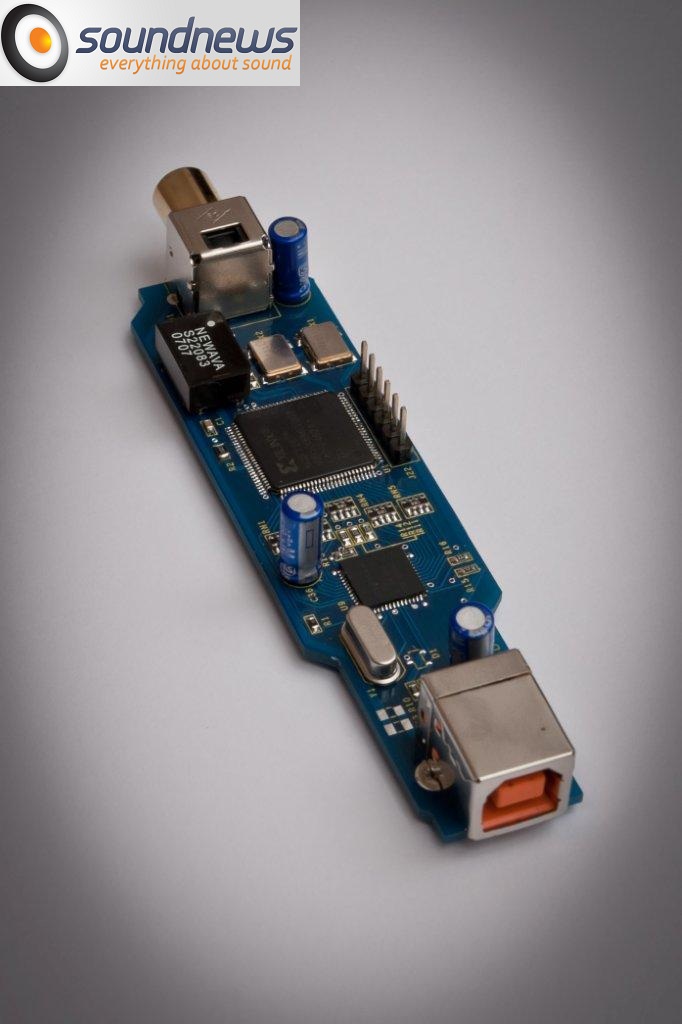 To describe more accurately the Mars sound performance, I will make some comparisons with the M2Tech Hi-Face, the interface that I used for two years in my personal rig and that I very well know. Both USB-to-Coax converters were tested with proprietary Kernel Streaming (KS) drivers, set at 100 ms latency in Foobar2000, I used only FLAC and WAV files, 16 or 24 bit. The most important difference between the two models is that Mars uses linear voltage stabilizers, not switching, such as those on Hi-Face. 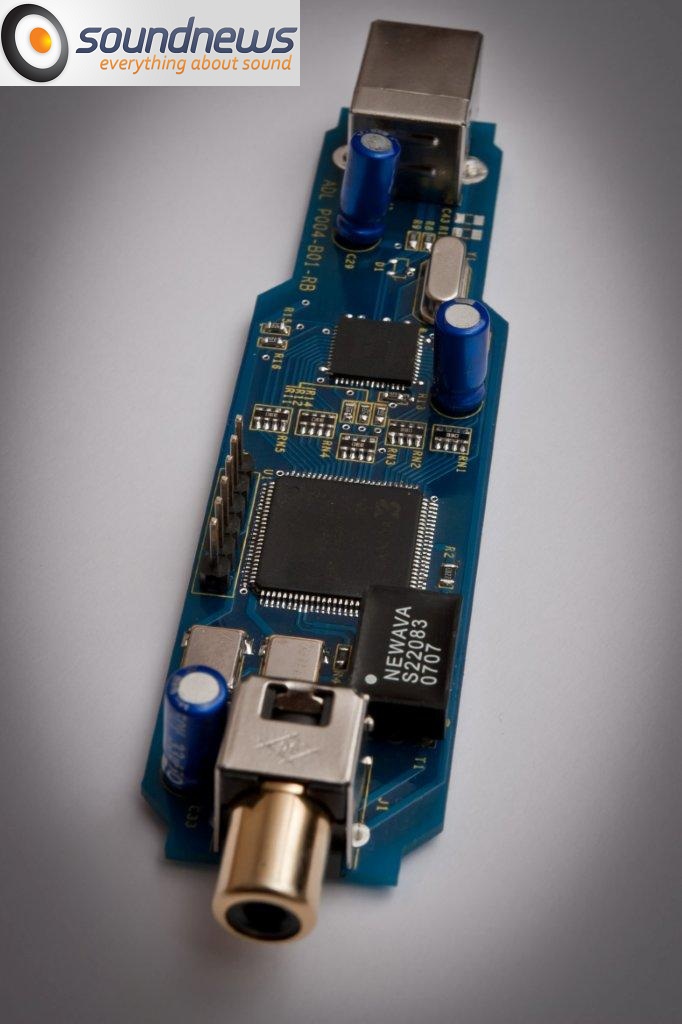 Sound:
Excellent resolution, very good microdetail extraction, very airy and detailed sound, background is black as night, you can hear every imperfection of the record. These characteristics apply equally to both models. When Mars was used some microdetails of the higher frequencies were more easily heard.
Soundstage is wide and open, very good stereo imaging on both models, but very little of the soundstage depth was lost on the Mars, those fields were better focused on the Hi-Face.
Timbre and tone of the music is right, not too digital, like do some CD players in the 500 Euro range, and not too „washed and unfocused” – as do some Non-oversampling (NOS) transports. The timbre is consistent, natural, the instruments  have that spark  that makes the sound to be very realistic. During this test I noticed big differences between the two models. Mars sounded more natural, while the Hi-Face felt a little on the dry side, was a little more bright.
Hights are free of distortions, sound is liquid, brightness and listening fatigue is non-existent (in the case of Mars), both products are very good on those chapters, Hi-Face can be bright at times but only on new recordings.
The speed and pace is very good , every note, every bass kick has a well defined  reverb, again both are almost equality good.
The tone of the Mars sounds slightly softer than Hi-Face, who sounded more forced and more aggressive, but on the 24bit/96Khz files, sound was richer, more heavy and meaty. I cannot give a final verdict here, depending on the system and listened music, someone can prefer one or another of the two models.
I felt no loss of sound quality on 96kHz or on 41 kHz, 48kHz material, as other converters do. On my system I never felt a loss in detail retrieval, naturalness, timbre or tone, the sound was very focused and well defined.
Drivers offered by the two manufacturers have worked flawlessly on both Win XP and on Win 7, AD Labs is currently working for OSX support. Both converters support Wasapi and KS. 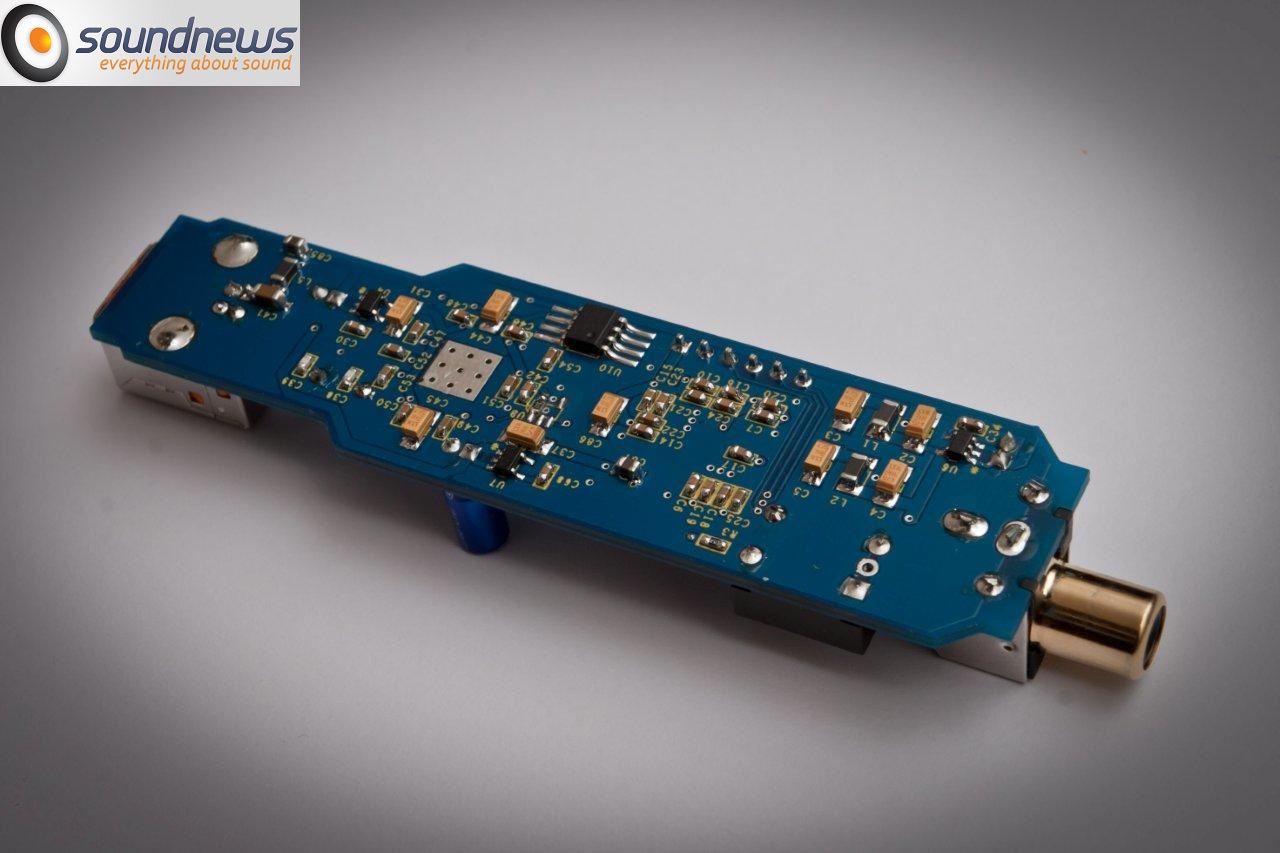 CONCLUSIONS:
AD Labs Mars is a very transparent USB to Coaxial converter, not having it’s own sound signature. Sometimes, during auditions, I had the impression that I have reached the upper limit of my system or records, I felt no limitations of the transport. Compared with the Hi-Face, the differences are minor, the two converters are substantially the same, with a slight advantage for the Mars. When I used it as a transport  to the DAC’s in the test, I felt a boost in quality for both: musicality and for the details. I recommend this product to those who use PC’s in an audio chain, it is basically the best transport  tested by me at this price (99 Euro). 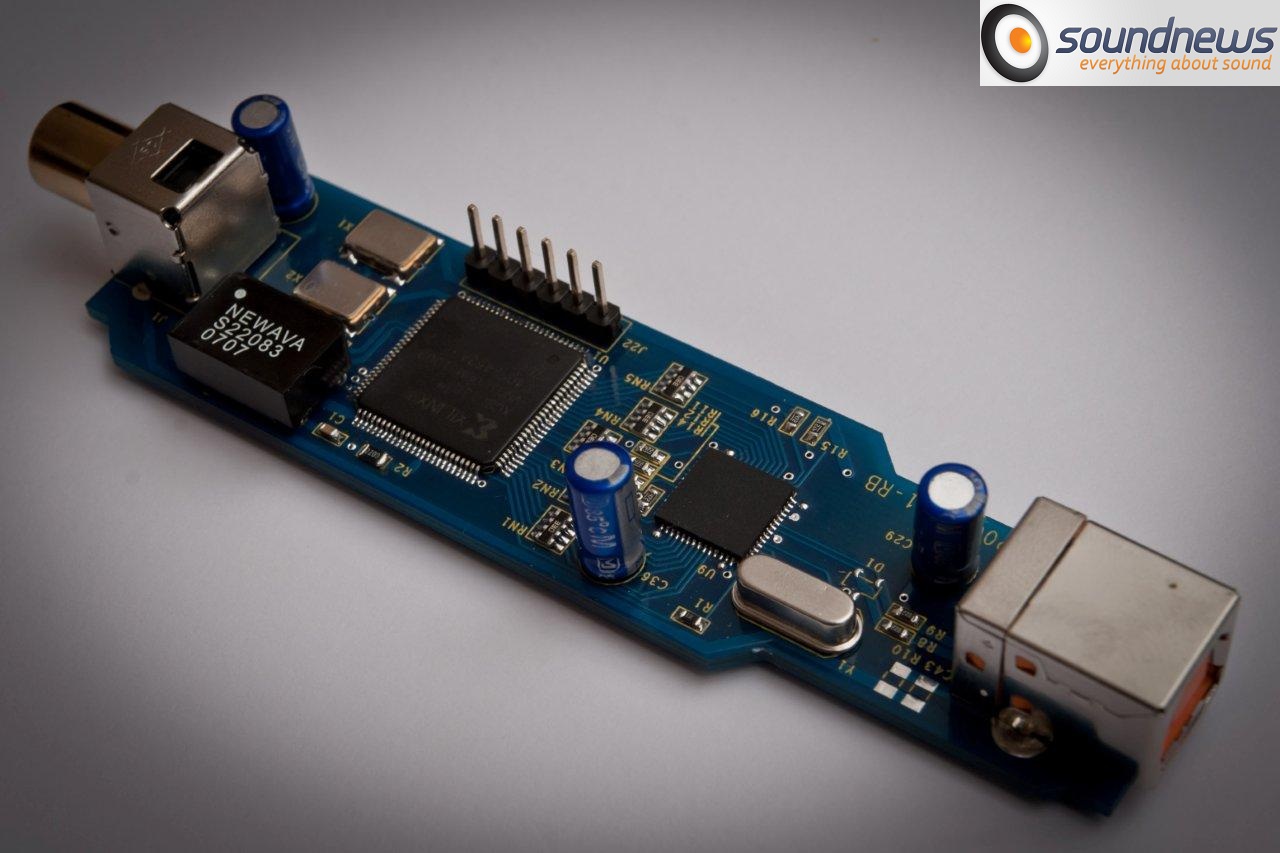 PROS:
• Very good sound reproduction
• Asynchronous USB, linear power supply
• Support for KernelStreaming and Wasapi
• Proprietary drivers for Win XP and Win 7 that works flawlessly
• Great value for what you pay for
• Excelent technical support
CONS:
• RCA connector is not of very high quality
• No drivers for OSX (working on it)
• not the best look 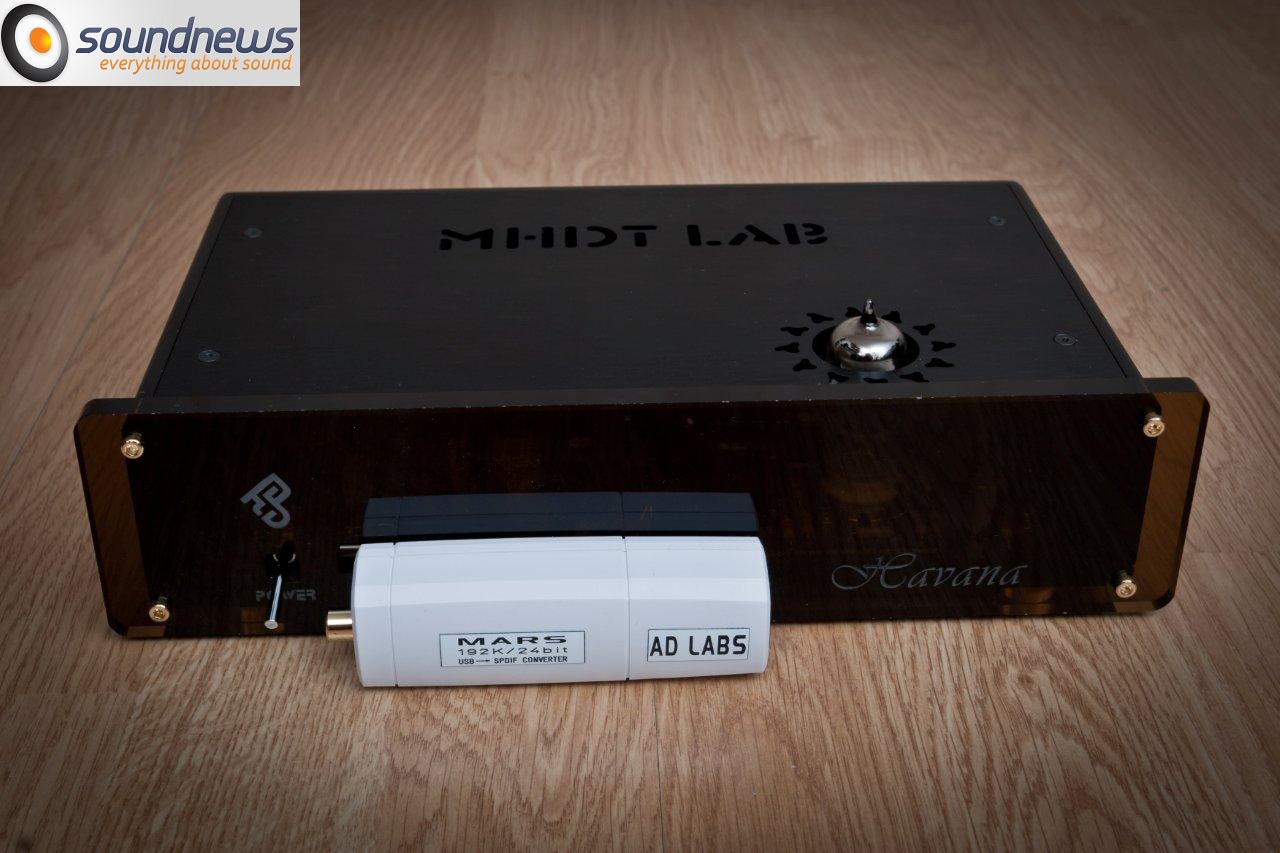