HA-160DS is the younger brother of the HA-160D and was released last month.
For those who are looking for a quality sound, but do not want to spend a fortune for this purpose and for audiophile beginners, Burson Audio comes with a solution: the HA-160DS. The device is both an audio source and a quality headphone amplifier that blends harmoniously intimate, pleasant and tireless sound. 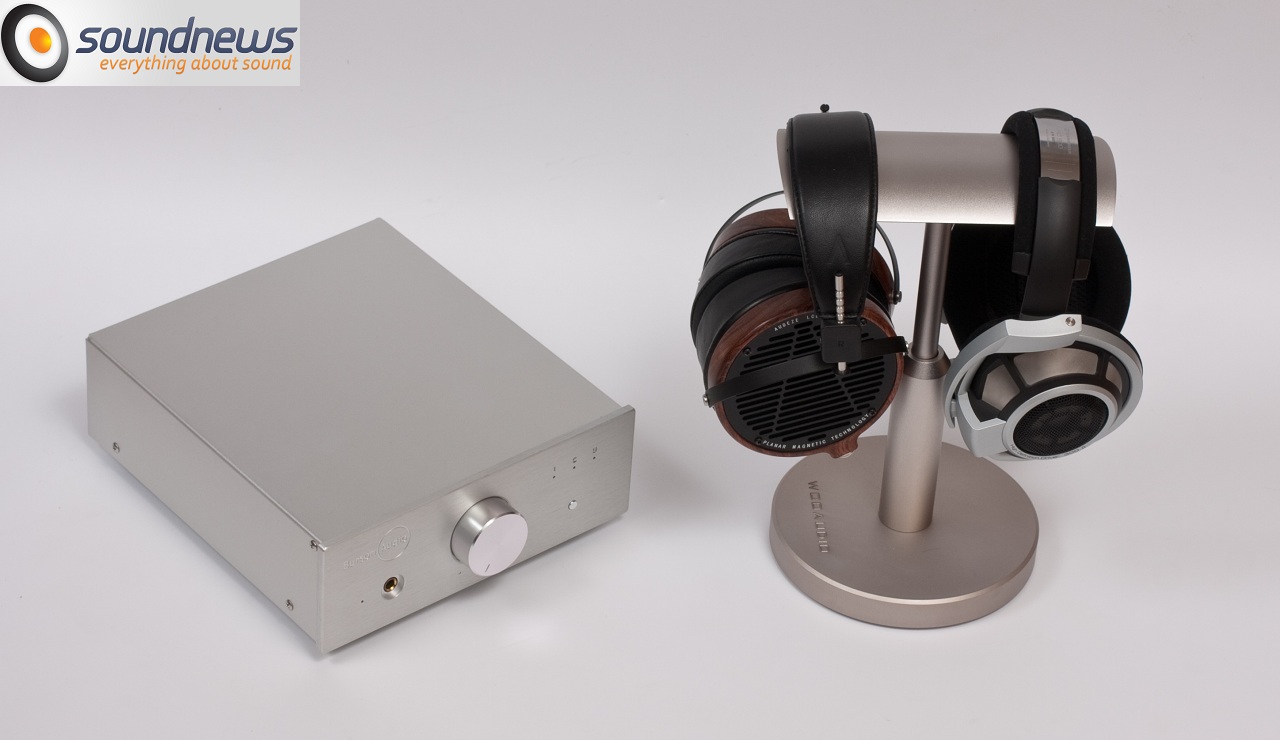 The idea was simple:

Unlike HA-160D, the new model was created only for music lovers that prefer listening in headphones, thus reducing the final price.

As we look inside the manufacturer’s specifications and internal pictures, we can notice that DAC circuit and headphone amplification, famous for its discrete HD Op-Amps are identical to the 160D. This model lacks the DAC and preamp output, analog inputs have been reduced to one from three that were on 160D. Also the proprietary stepped volume potentiometer was changed with an Alps Blue Velvet, power supplies were replaced with smaller ones and USB connection is not galvanically isolated.

All these changes have led to lower the price by 350 Euros, making it more accessible among head-fi enthusiasts. 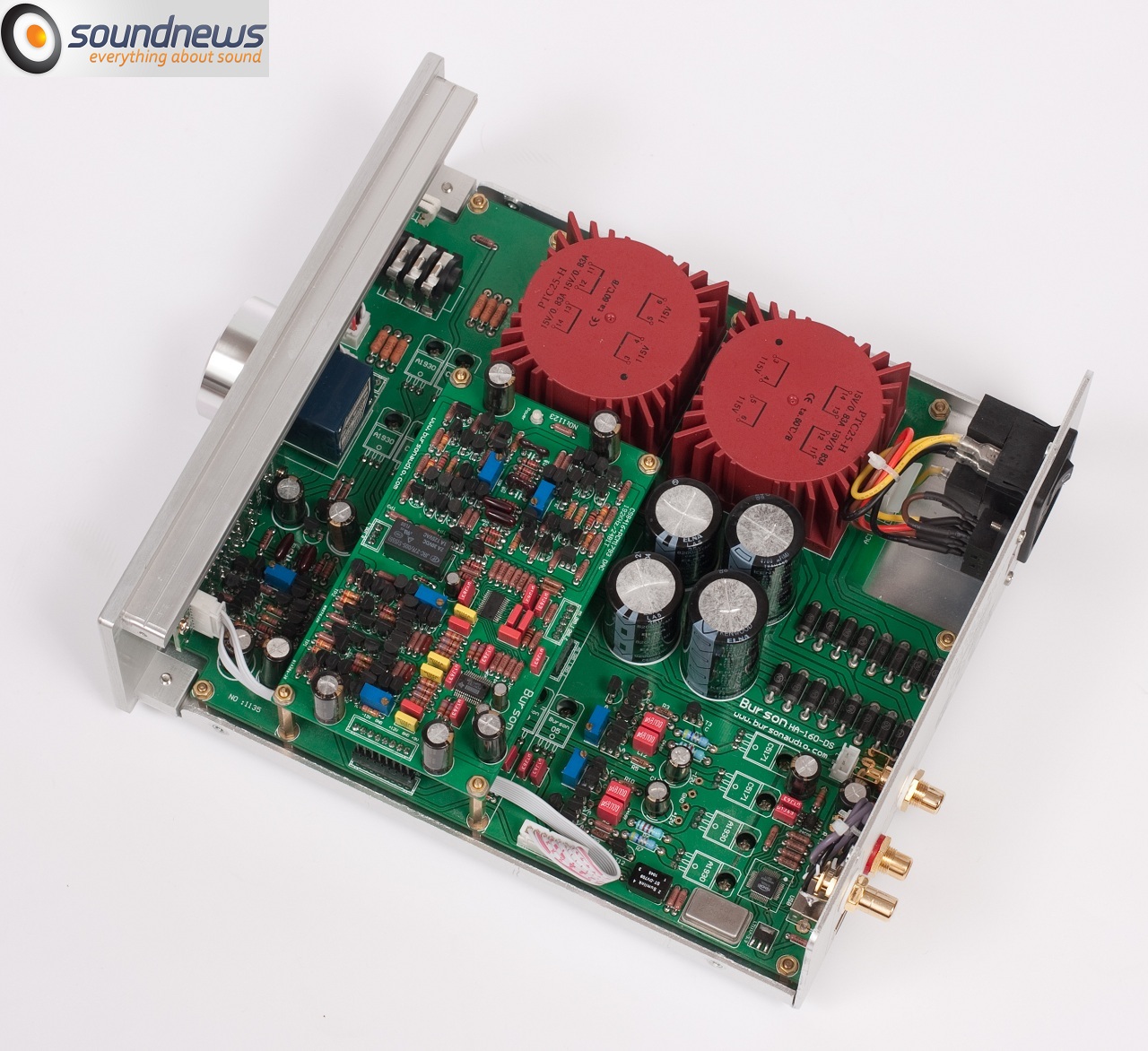 HA-160DS is smaller and lighter, weighting only 4.5 kg. Was largely due to the use of a thinner layer of anodized aluminum, two smaller power supplies and smaller footprint.

On the outside it looks as elegant and simple and build quality was not changed, it is nothing to blame in the smaller 160DS, the materials used are premium and design successful.

The specifications are identical, the power output is similar and the circuits are largely equal to those found in the 160D, let me present them briefly: 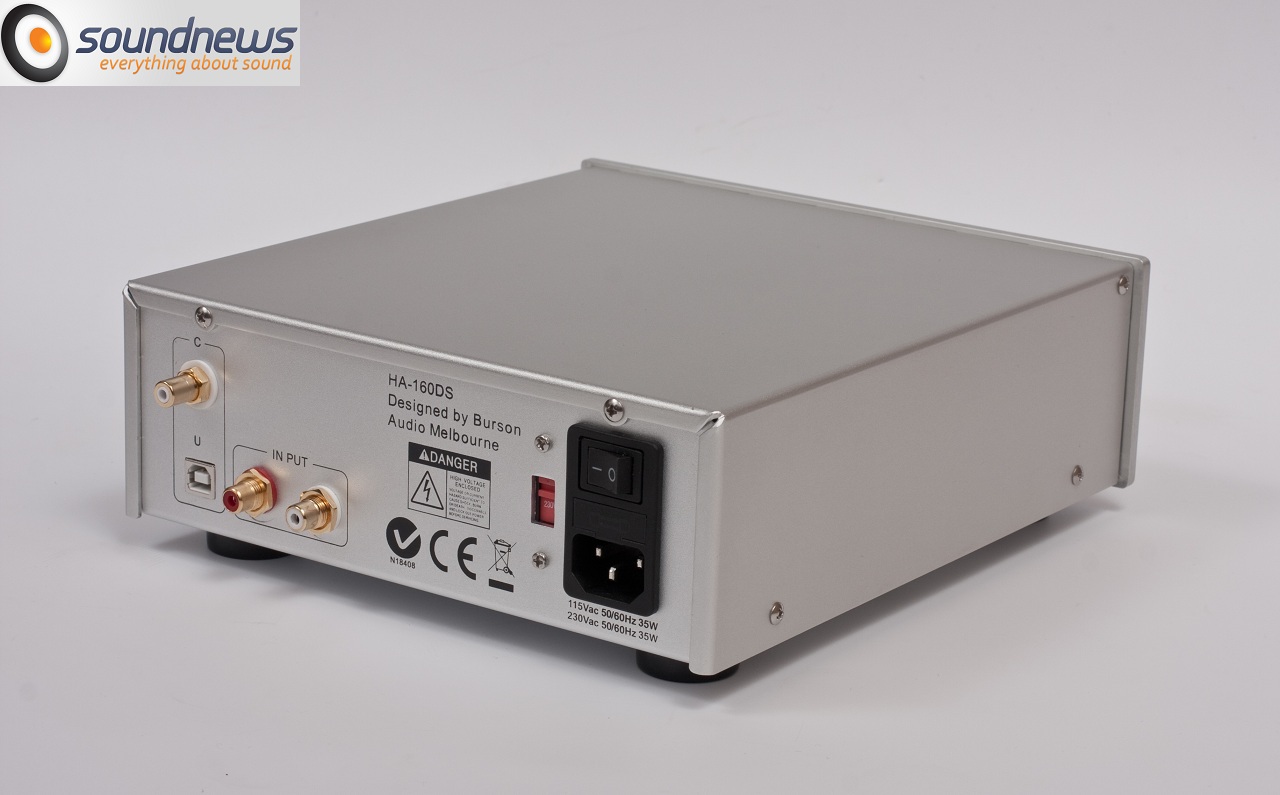 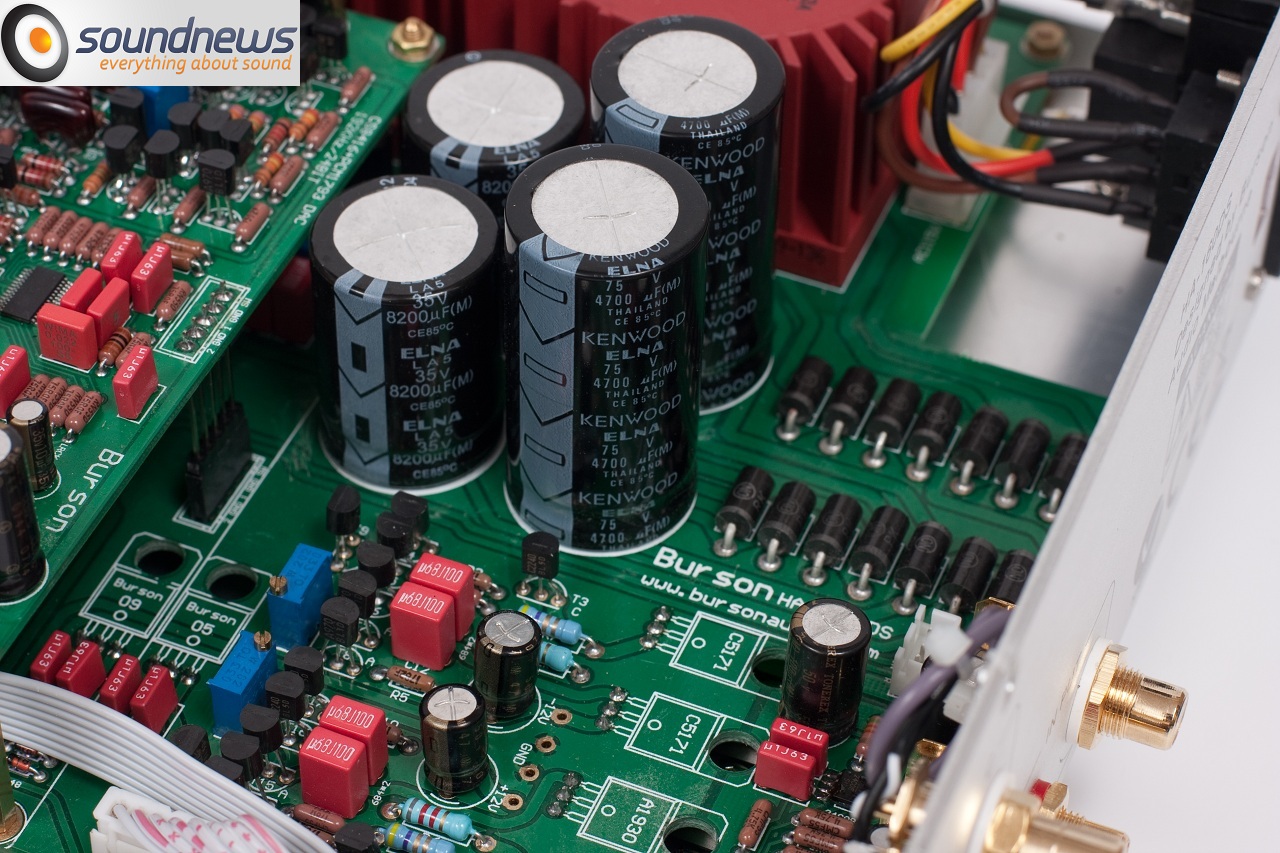 I tried to cover a wide range of musical genres, to realize the device’s performance. Of course we used for comparison the HA-160D, that is my reference in the majority of tests we have done in the past.

In my opinion the price performance ratio that 160D offers is very hard to beat in the 1000 – 1300 Euros area, it’s performance as a DAC / Preamp / Headphone amplifier is a quite remarkable. 160DS costs 800 Euros and I was very curious to see what offers this model for about 350 Euros less. I’ve compared these products in some blind tests too, in which besides me participated also people with less knowledge and passion in audio domain.
Headphones used was Audez’e LCD-2, Sennheiser HD800 and IE8. 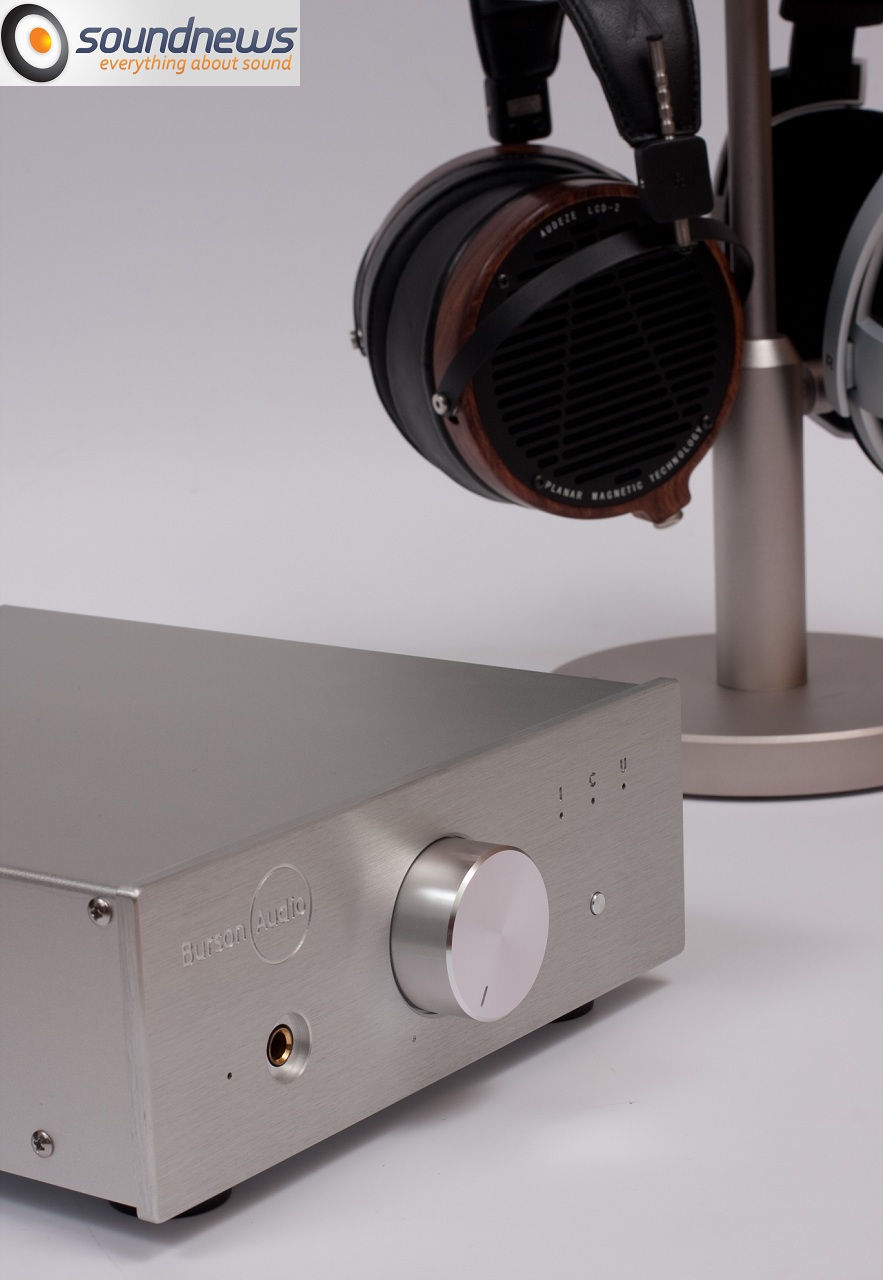 Sound signature (and comparisons with HA–160D):

160DS is more forgiving using mediocre quality recordings, music imperfections or background noise are less distinguishable, so it’s actually grain free. Gain is set somewhere between High and Low compared to 160D and is sufficient for most hungry headphones, such as LCD-2 orthodynamics – at this chapter things are very good.

Volume pot of the new model can be set more precisely. I like this version more because on the 160D sometimes I wanted a volume somewhere between two steps, which was not possible, here instead the desired volume can be precisely set.

For the most part the new 160DS reminds me very much of the 160D, with small differences of refinement, bass and detail.

If 160D sounds meaty with a lot of substance and with a little emphasis on bass, 160DS chose to be more neutral and relaxed. The new toy has a more linear frequency response and even possible it is more correct. It doesn’t focus on something, nothing comes forward or staying too behind.

Due to the easier character on the ear, I preferred more  listening on it music like blues, jazz, classical, old rock and vocal stuff.

The music instruments are well defined and properly arranged in space, overall sound is coagulated and bold, as a whole, but not so round as it was presented on 160D. Newer Burson piece has a slightly larger and more extended stage. Instead I preferred the 160D for faster and more rhythmic music, mainly due to slightly deeper bass and a more pronounced pace, rhythm and timing (PRaT).
The good thing is that the new device borrows the same sound signature, that Burson team is famous for. The sound is free of any sharpness or sibilance  and in the same time being extended in bass and high frequencies, without losing the hidden details in the background. 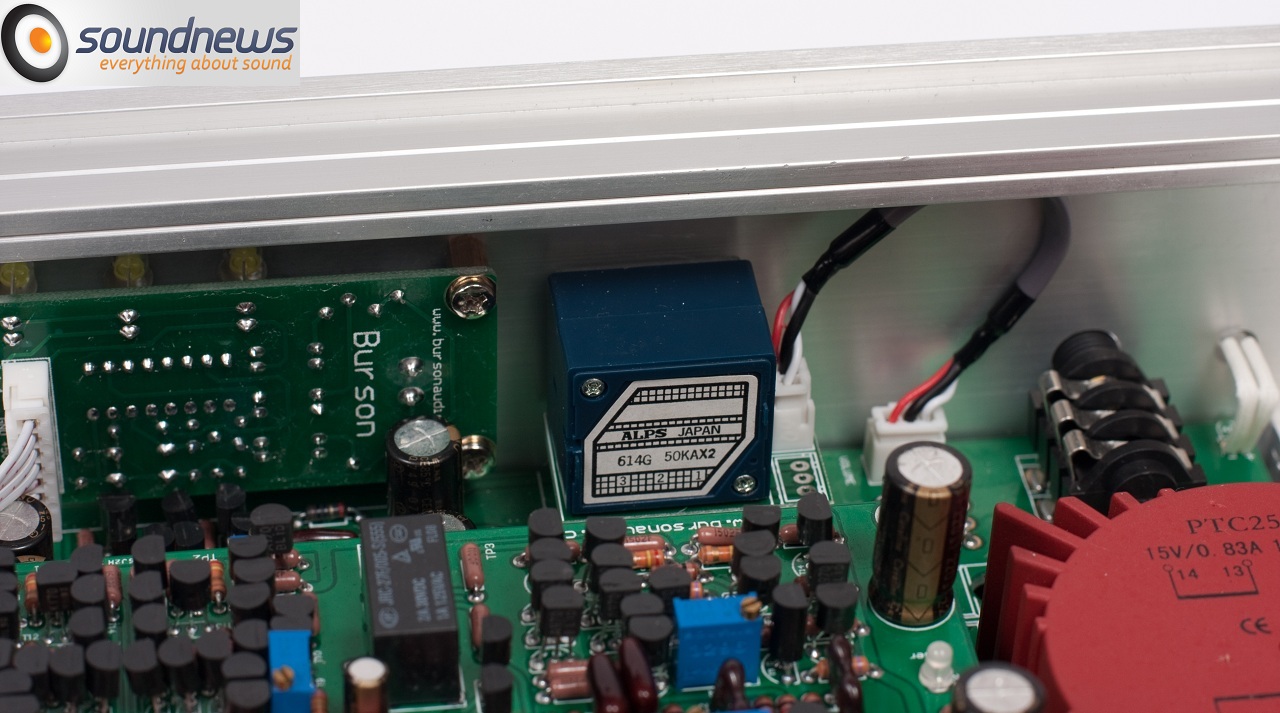 It is „easy on the ear” this is one of the strengths of the 160DS. You can listen for hours and not be bothered by anything, at least for me it doesn’t seems to be tiring at all, and it doesn’t try to „push” or  to stand out with something.

Blind test results were interesting. In all the tracks I distinguished and recognized the two models. 160DS was slightly weaker at level of detail retrieval, those were slightly more hidden in the decor, mostly because of the larger soundstage. Bass was rightly portrayed, but certainly 160D hits harder, as if you have a small subwoofer right to your ears.

One possible explanation for the slight lack of details is the volume pot, it is less precise in specs, ALPS Blue Velvet adds a bit of harmonic distortion. Less authoritative bass may be influenced by the power supply, which is smaller than that of 160D.

Overall  the sound  is not very different from the more expensive variant and I could live happily with either one. For the asking price, 160DS in my opinion is a winner.

Compared to the Asus Xonar Essence One, the new Burson DAC/Amp is more detailed and has a wider frequency response. 160DS is better at extracting details, in the low and high frequency extension, in naturalness with which mids are rendered and most important in the amplification factor.

But as I mentioned above, 160DS cannot be used as DAC and/or as a preamp with other headphone amps or with speakers. This can be seen by some as a minus.
It can only be used as DAC / headphone amplifier or just as a headphone amplifier using the analog input from the back. It uses the same USB and Coaxial input as it’s bigger brother and same converters and chips, both digital inputs supports 24bit files, coaxial reaching up to 192kHz  and USB up to 96kHz. 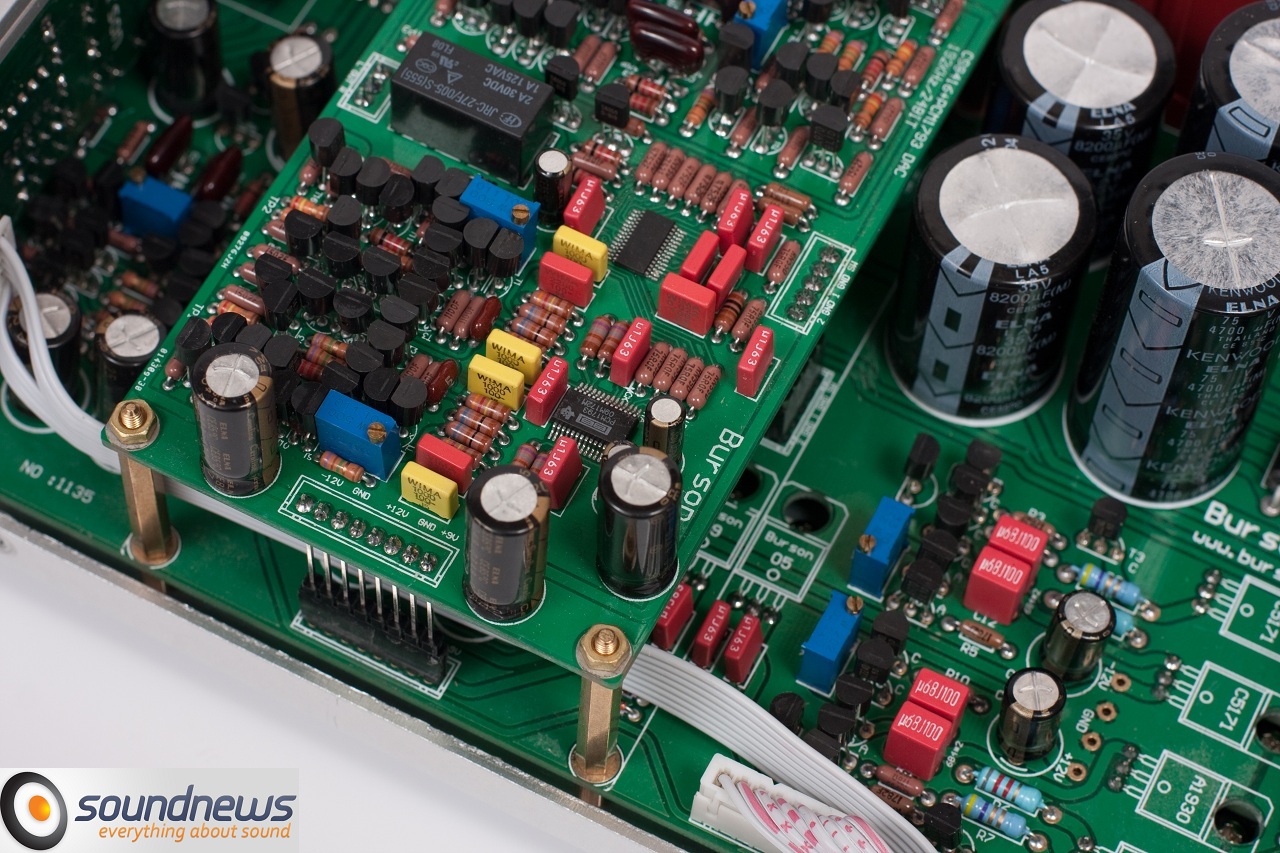 Relatively small size and minimalist design makes it easy to fit in any interior. It receives positive points on aesthetics and performance, I recommend it to all passionate headphone enthusiasts that doesn’t want to  bother with interconnects, matching between DAC’s, headphone amps or with the synergy between the system and the headphones used.

HA-160DS does not have a particular sonic signature and working with the idea of ​​wire with gain, I can recommend it with any headphone, be it dark, neutral or focused on high frequencies.

Burson HA-160DS is a device dedicated exclusively to headphone listeners, which offers a relaxing and pleasant sound to the ear. Quality components used in the design and the attractive price, makes this product a feared rival of its segment.

Pros:
– Neutrality, absence of a sound signature
–  Extended sound in both directions, good extraction of ambient details
–  Simple and elegant design
–  Compact solution in one box
– Lack of listening fatigue after a prolonged audition
–  Competitive price for offered performance

I want to thank those from Burson Audio team, for the opportunity to test the newest product for the first time in Romania and to share it with our readers. 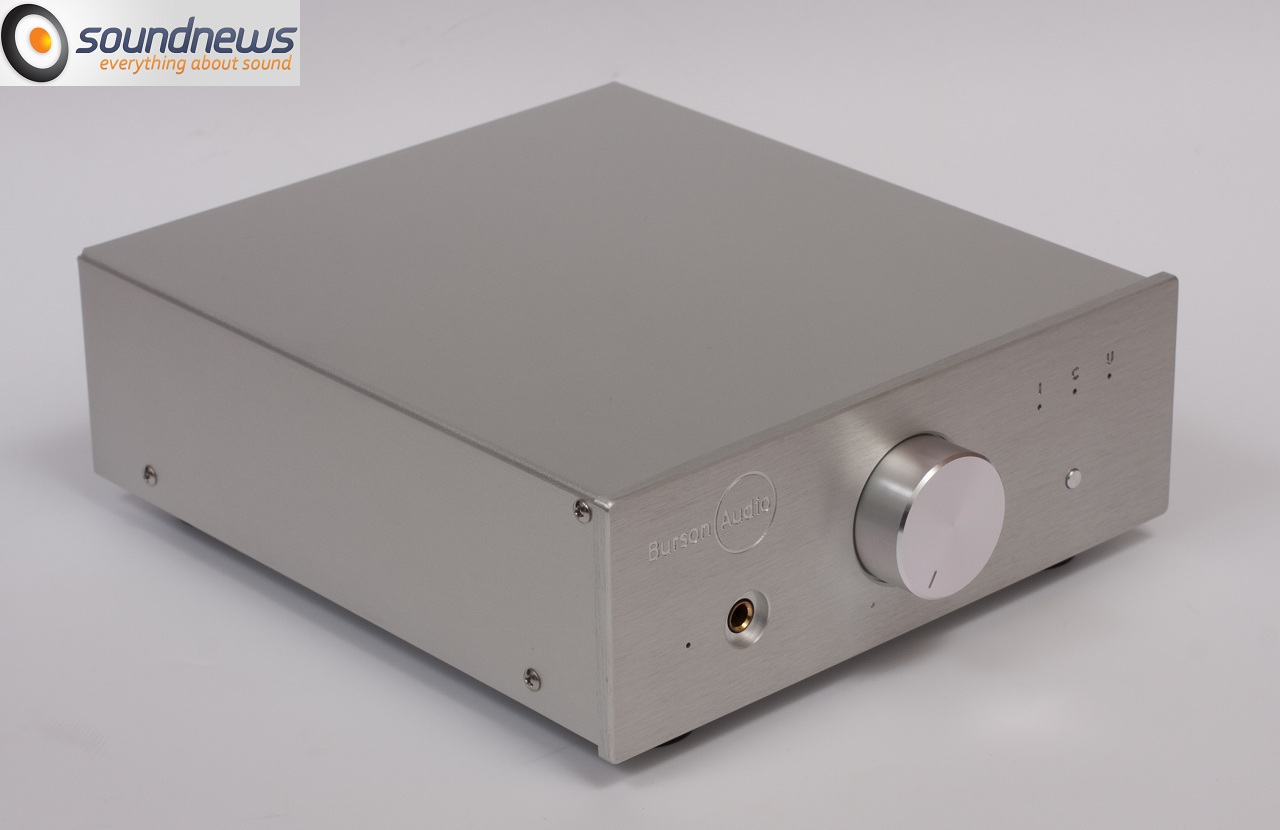