After I’ve heard what can do little E10, my curiosity level just skyrocketed and I began to wonder how’s the new E17, produced by the same company Fiio.

You must know that I was surprised of E10 capabilities, the price/performance ratio was quite high, but above all it managed to create music and it’s privacy. Well, E17 it is even better at these features and in the same time brings something new, quality wise and from technological point of view.

The device itself is slightly larger than the E10, it is using almost the same components, except for a few additional chips that deal with optical/coaxial input, also those that are working with the menu.
A menu? Yes that’s right, this small guy has a menu, it uses an OLED screen, small but intuitive, that displays important and critical information to the listener. Besides the screen, a big plus is the internal battery, which tells us that we can use E17 as a portable headphone amplifier, meaning that it can be connected to any portable mp3 player and thus can amplify the audio signal for heavy headphones so you can use them on the street too. 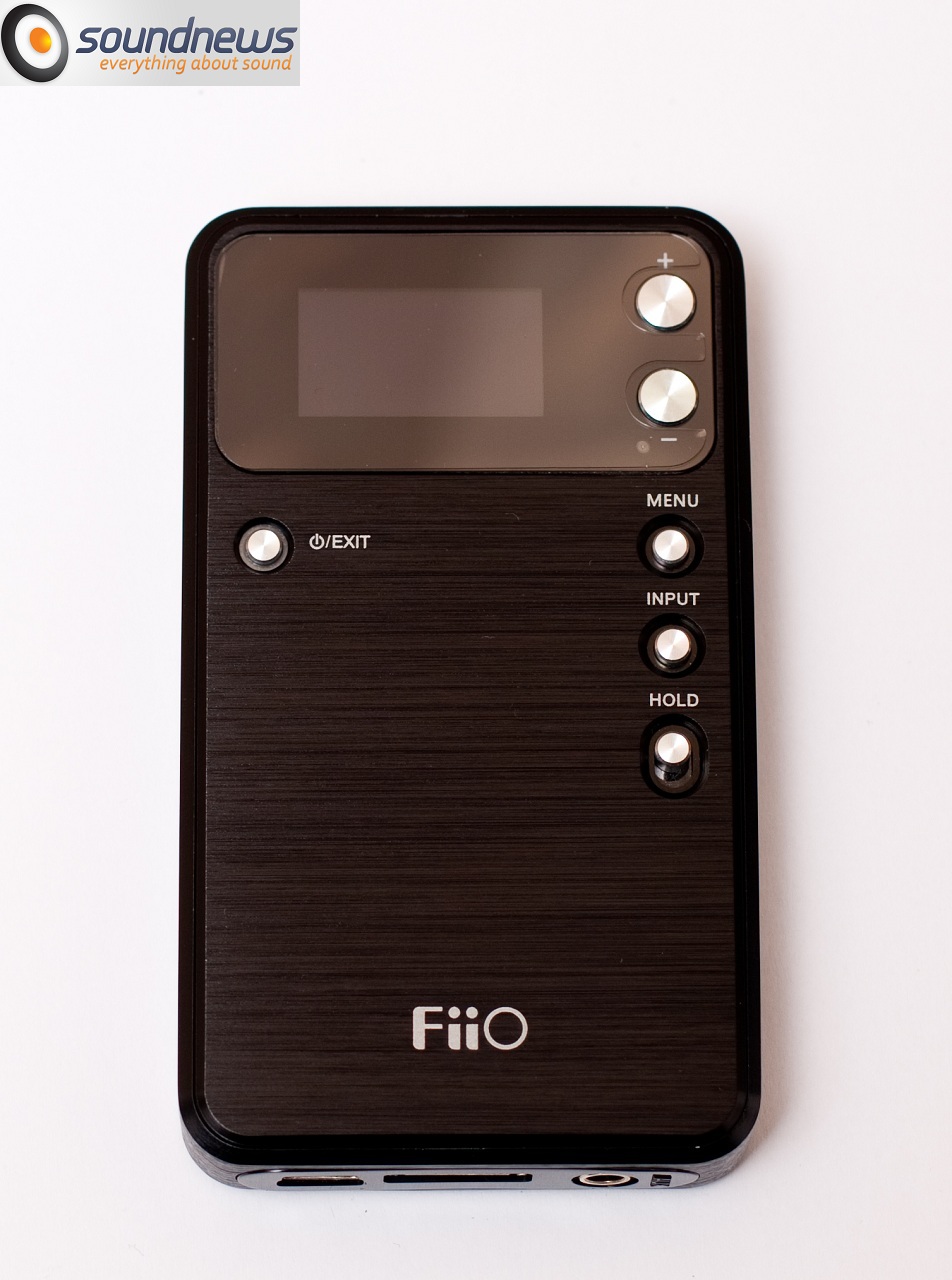 In the menu also appears some very useful features such as adding or reducing the level of bass and of high frequencies, the gain factor and balance. These features make it almost perfect for any type of headphones, whether edgy/sharp/dry or dark/warm. Sound can be tuned to anyone’s liking and it is easy to do. The device is equipped with a proprietary line-out that can be used with the home amplifier E9, when in this configuration E17 will work only as a DAC and E9 as the headphone amplifier.

The intuitive menu displays battery level, if it’s recharging or not, bitrate of audio files, volume and input used. The device has 4 inputs! – A big surprise and a big plus. It can be connected to almost anything, it has a mini USB input, coaxial/optical and an analog 3.5 mm input. Once one of the three digital inputs is used, the device works as DAC and a headphone amplifier or just as a headphone amp if analog input is used. We tested all inputs and all of them worked without any problem. 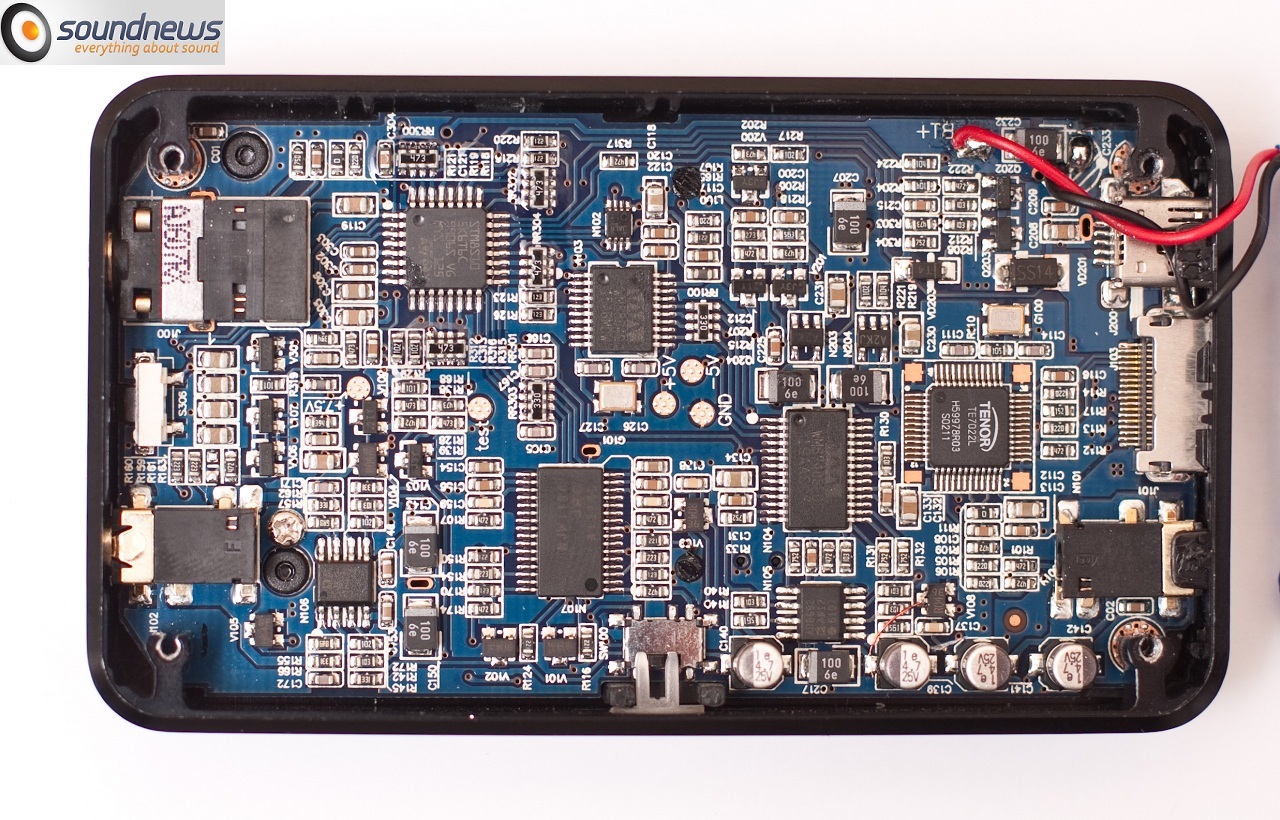 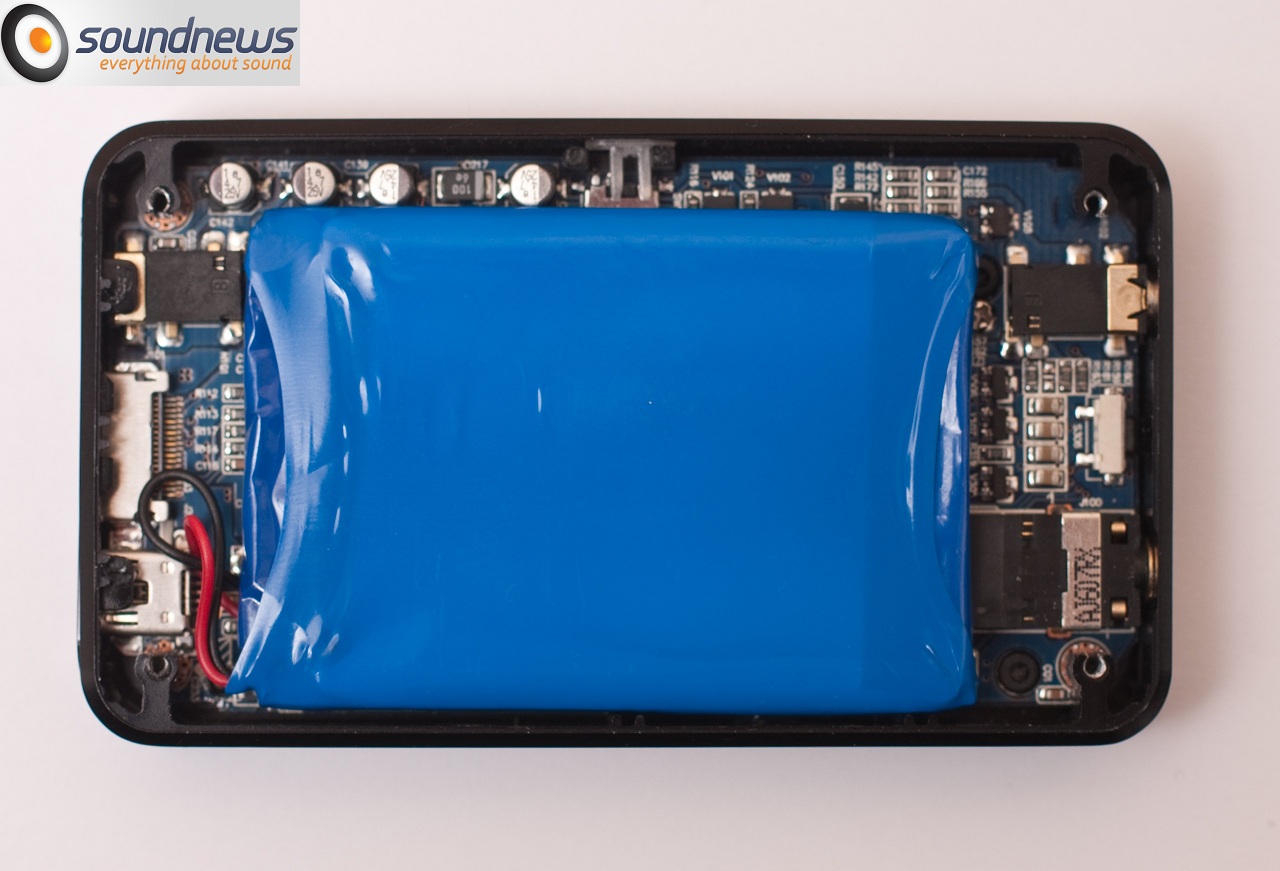 The DAC chip and op-amps are identical to those used in E10, but the use of digital volume control in 60 steps, digital gain and also the Li-Po battery make it sound better and in a different sound league, a higher one.
I listened to all types of music on it, especially listened to rock and electronic music, because I thought it sounded best on these genres. Sure, it sounded great on gipsy jazz or on minimalist classic music, but the bass, kick and speed of this little box made ​​me return to more rhythmic music. 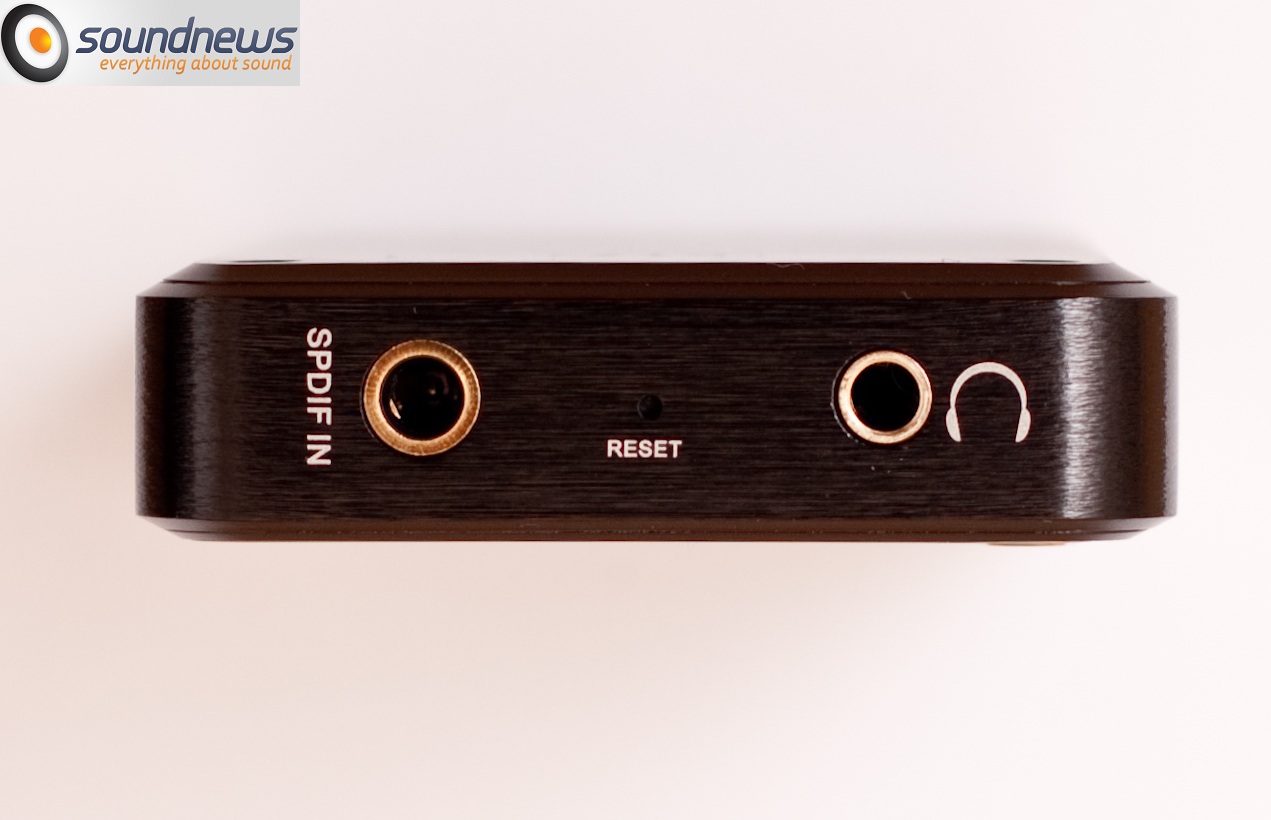 E17 has about the same sound footprint like his younger brother E10, but there are details that must be mentioned, being superior on sound reproduction and with a higher level quality wise.

E17, like E10, is devoid of brightness or of that digitalness often found in internal professional audio cards. The DAC/Amp brings the warmth and consistency in the music reproduction, making the sound be somewhat meaty and dense. The big difference between the two gadgets is speed and low frequency punch. I found bass to be the strength of E10, well E17 has an even better bass, but this time not better quantity wise, but quality wise. Bass tuning greatly help headphones with poor bass adding a bit of it, or headphones that have a lot of it reducing the bass to the desired level. Bass goes lower and deeper, from +4 decibels and up, it feels that making small changes in midrange, mid-bass also increases, not only the lowest (below 60Hz). Personally I used +4 dB on bass for Sennheiser HD800 and at zero for LCD-2.
Midrange purity is accurate, if bass tuning is not used too much, the midrange is as smooth, clear and sweet as with E10, but with little improvement in the background. I suppose the battery power made ​​background darker and the little hiss present on E10, has completely disappeared this time. USB power will always have small voltage fluctuations, but batteries do not have these issues, and overall results a more fluent sound without any noise or hiss.

High frequencies were extended even more than in E10, the tuning helps matching it with headphones you use, I think any desired sound can be achieved with this DAC/Amp by internal hardware EQ.

The device has the same fun factor that I loved in E10, the sound is easy to the ear, lively, works well on fast rhythms and somehow lifts up the mood. Without noticing it I started to hum on my favorite tracks and add more and more music to the playlist. And once you forget that you have to write something after listening to music, it’s a good sign.
I want to mention that the level of detail or information extraction from lossless tracks remained about the same as E10, I didn’t hear new micro-details, but size of the stage was slightly larger. E10 has a more intimate sound by comparison. It’s not a bad thing, E10 sounds very nice on live jazz concerts recorded in a small room, it offers a somewhat intimate comfort and pleasure. E17 sounded somewhat bigger, larger and more extended, the difference was not big, but it was noticeable. 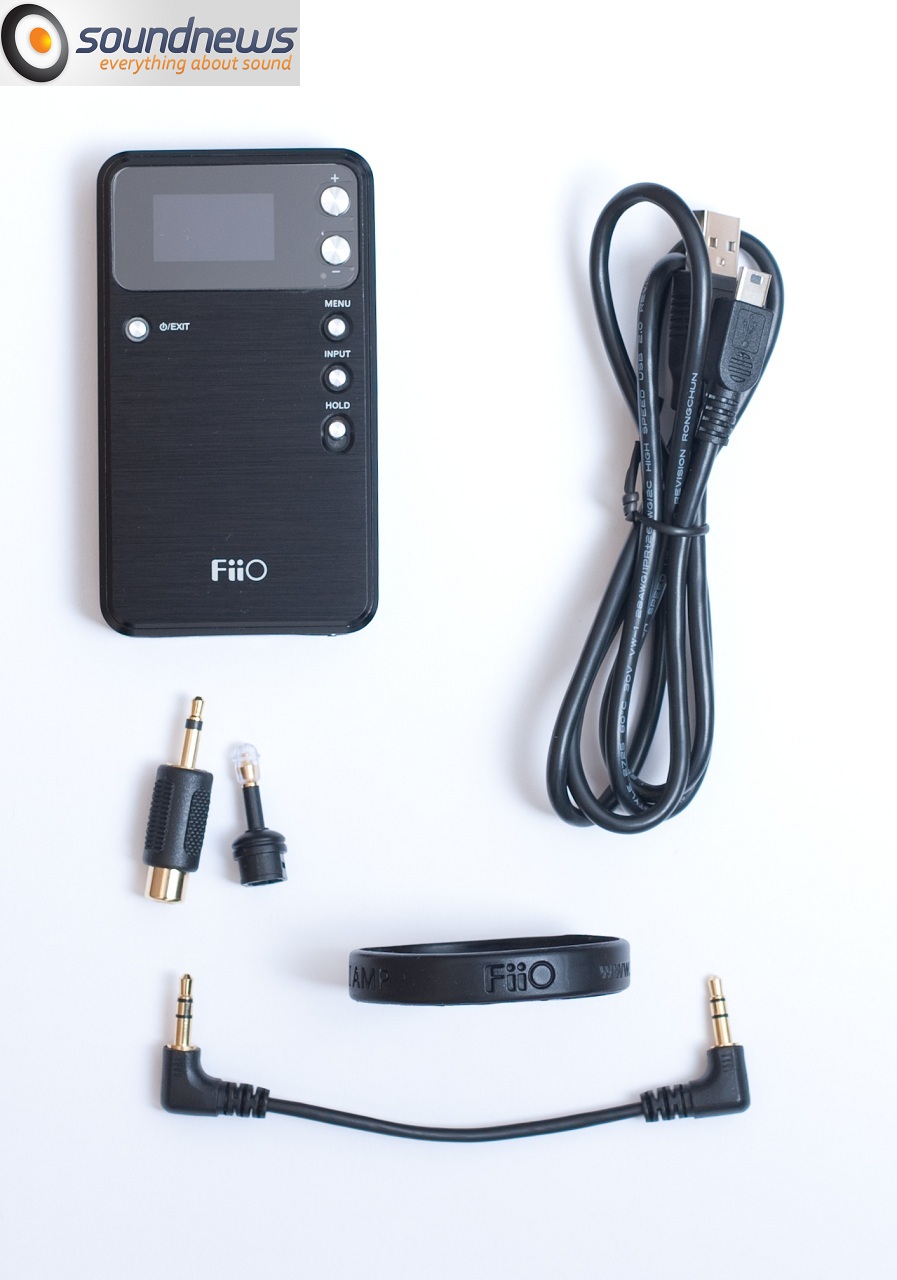 It is noteworthy the mating of E17 with sensitive IEMs. Once the gain is set to zero, you do not hear the background, hiss or background noise being non-existent. E10 hissed very little, not very annoying, but it was noticeable with sensitive IEMs. With the gain set on +6 or +12 db I couldn’t use IEMs due to high volume, but of curiosity I tried it and the noise was not present. On HD800 and LCD-2 I have used the maximum gain and volume on ~40 (from maximum 60). It worked well with large and heavy headphones, I think the internal headphone amplifier is more powerful than that in E10.
Overall I was impressed with the E17, the multitude of features made ​​me use it on the street, at home or connected to a console via optical input.
In my eyes E17 is a E10 tuned for higher performance and added features come as a huge bonus. 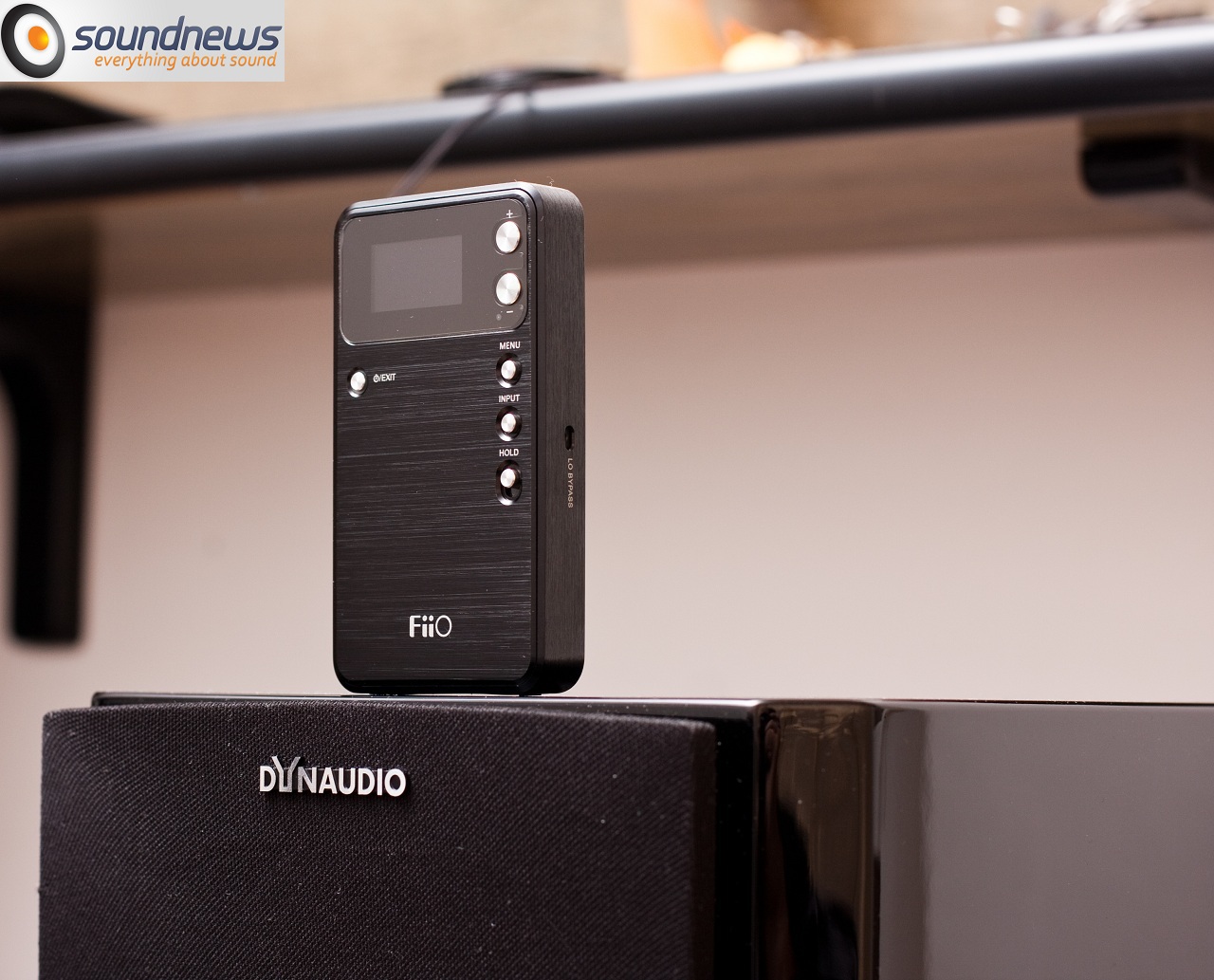 Fiio E17 resembles the E10 a lot and I decided to not repeat my words, it does what E10 is doing, but in a more elegant manner at a higher performance.

All four inputs make it usable on almost anything that has a digital or analog output. Build quality is superior to the E10, the metal used is thicker, OLED display, as well the simple and intuitive menu adds quality and functionality.

Sound is as expected, and if you already have an E10, sorry to inform you that the new Fiio is more efficient and higher quality in every aspect. Like the E10, it works in Wasapi and Kernel Streaming mode, it can be used in small latency of 50-100ms, which is again a big plus (most of the internal audio cards only work decently from 200-300ms and up, that pulling down a bit the quality of music reproduction).
I recommend without any hesitation the E17 to enthusiasts that are listening to music in headphones, its performance exceeds any internal sound card at the present. The price is around 150$.
I want to thank Fiio staff for the amiability and opportunity of testing and listening to E17 and E10, it was a pleasure.

– Flawless build quality, the number of accessories.
– Linear sound spectrum, possibility of sound tuning.
– Portability, multitude of inputs and functions. (did I mention that it has 4 inputs?!)
– Smooth sound, extended soundstage and dark background.
– The price/performance ratio is higher than for E10.

– Slight hiding of micro-details.
– Mids are altered if bass boost is used in excess. 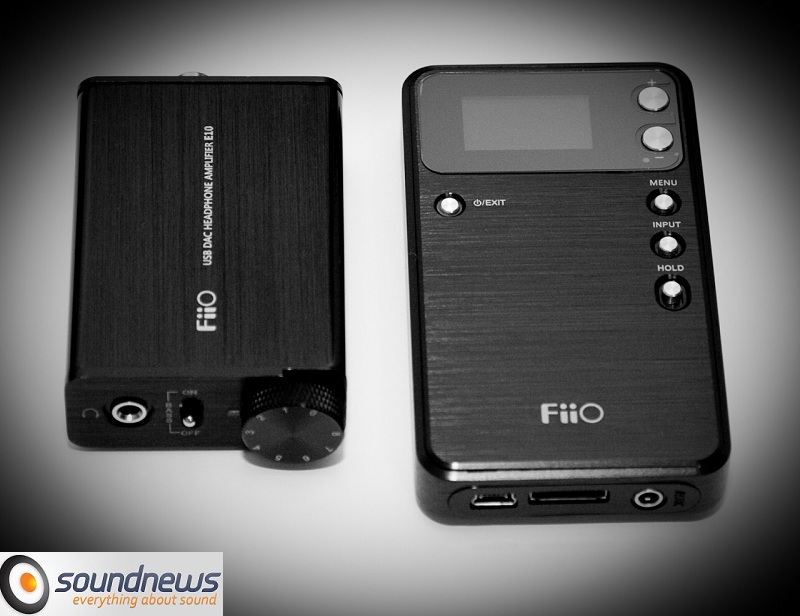 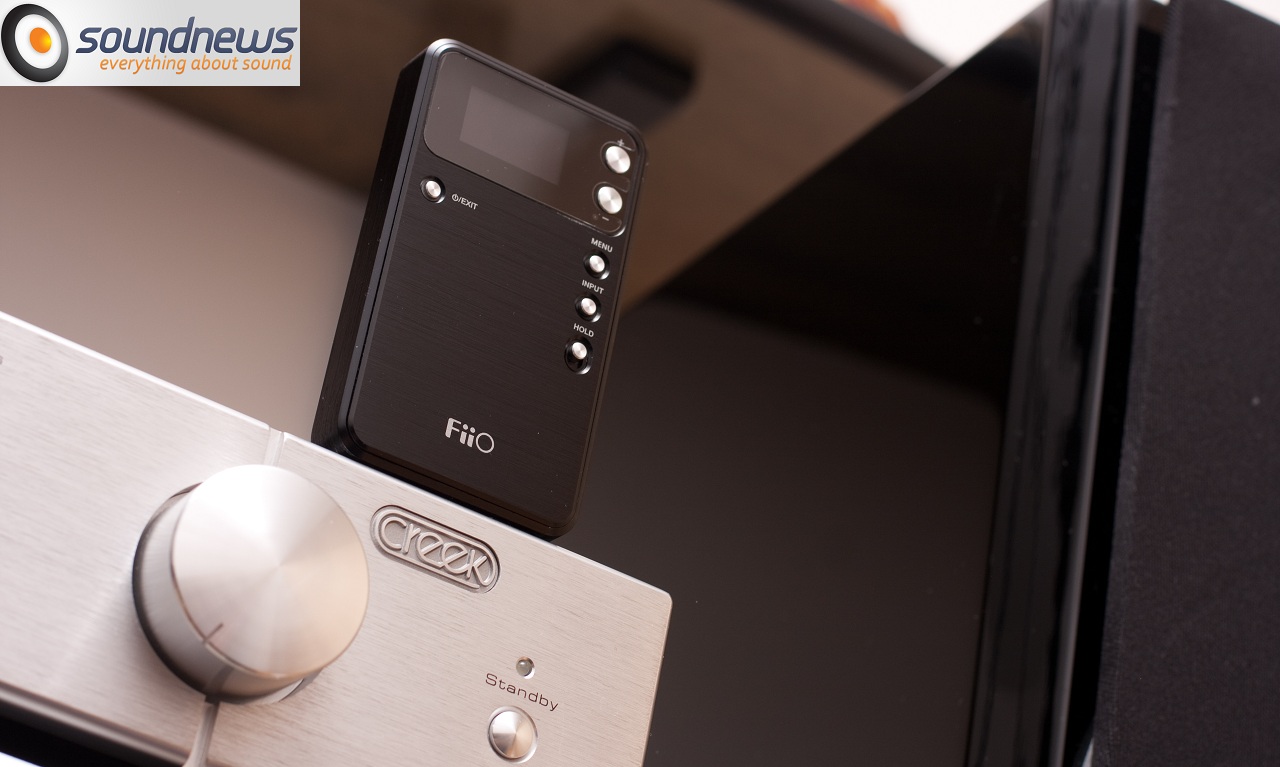