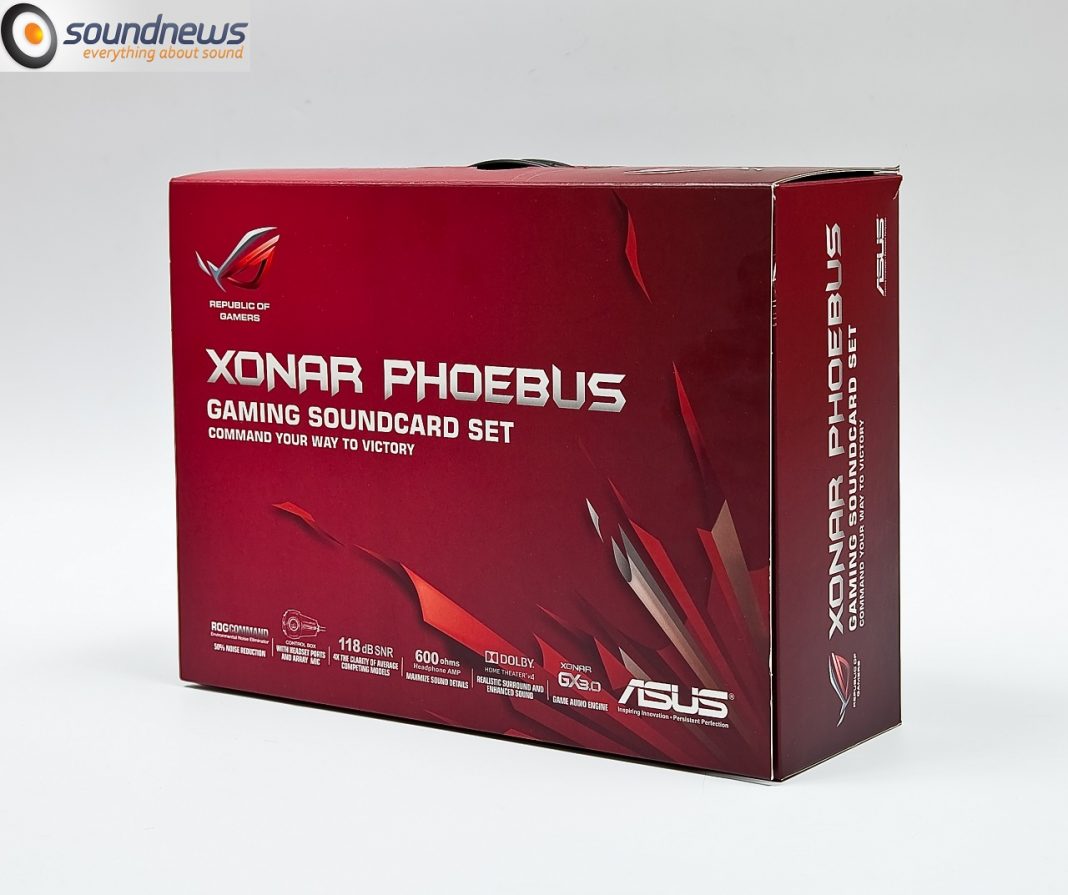 A few years ago Asus launched a real challenge in the PC audio segment with the Xonar D2 model, providing sound quality and components found only in exclusive segment of audiophile hi-fidelity equipment. Since then, Xonar series didn’t have a rival in this segment, competition hardly keeping up with new models and Asus continued a series of well targeted launches with which satisfied almost every user out there.

I made ​​this small recap, because today we’ll look at the latest Xonar sound card – Phoebus.
The name comes from ancient Greece, Phoebus is one name who was also known as Apollo, god of day, of light and of arts, protector of poetry and music, which shows confidence and importance manufacturer attaches to this model. 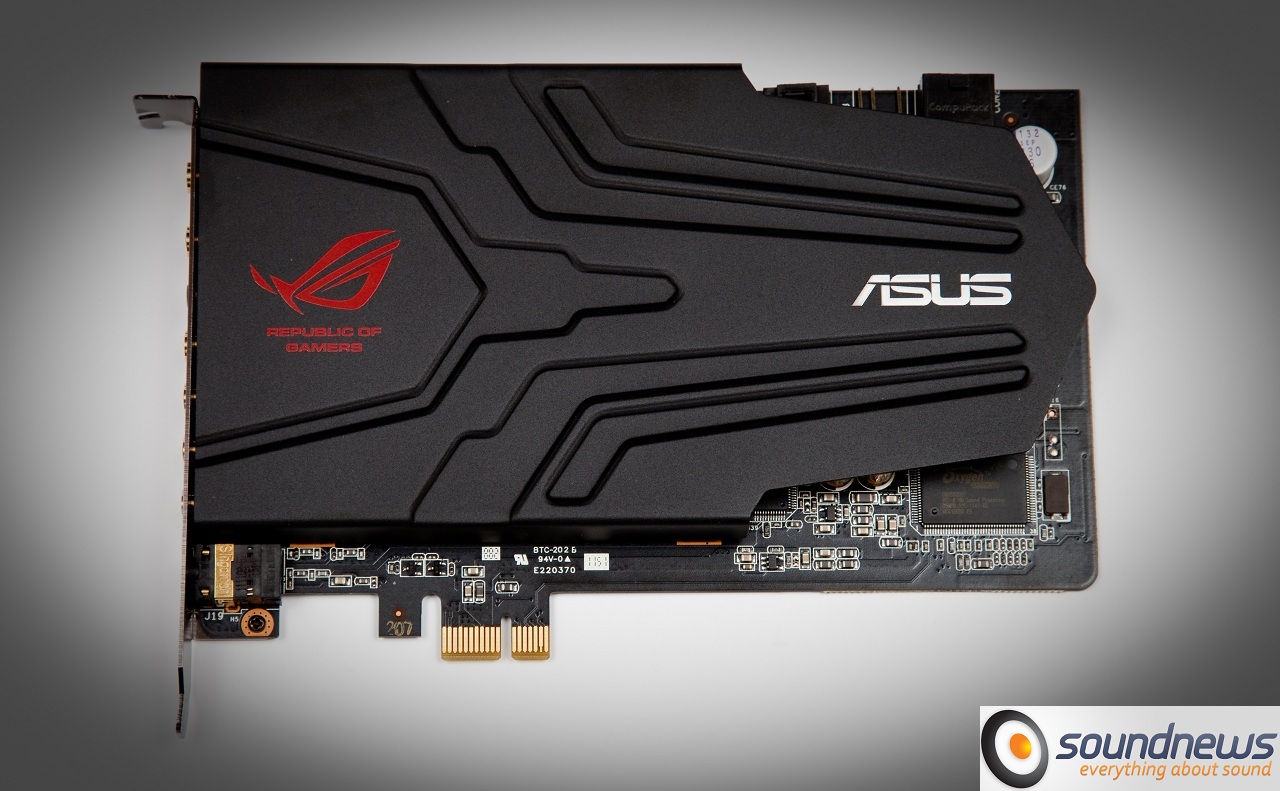 Asus designed this product dedicated to the gaming segment, and therefore decided to prioritize the options available for use, the sound card is part of the ROG range (Republic of Gamers). Newest, most important features available on Phoebus are:

– External console Control-Box, to it can be connected headphones and microphones, with it can be adjusted the volume control  or mute function . It can be placed on the desk, providing a rapid control of sound, while having a pleasant appearance.

– new Xonar Audio Center software, which offers plenty of options depending on the sound system that you want to use. It offers a variety of options for sound tuning, being intuitive and having pleasant graphics. 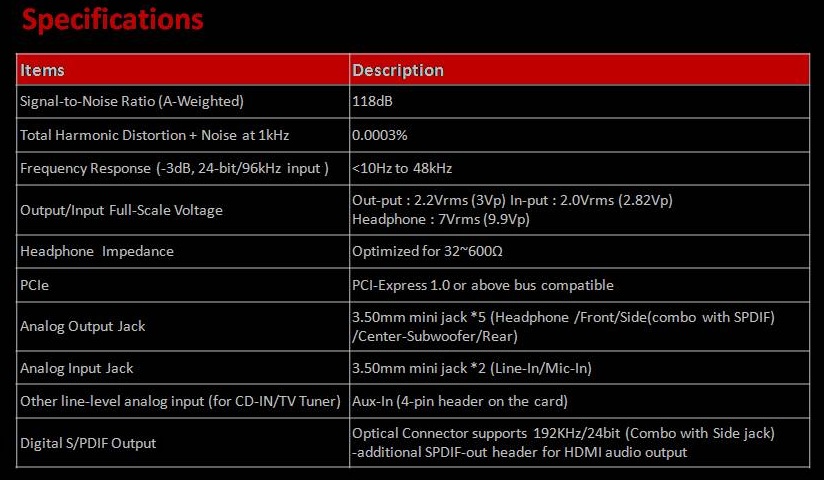 In addition, we can find some good things used in the previous Xonar models, such as metal case (with a design in form of a shield), which apart from an aesthetic role, have the function of shielding against electromagnetic fields generated by many PC components.
Components „under the hood” are also of good quality, we have „audiophile grade” Nichion Fine Gold electrolytic capacitors for the filter, BurrBrown PCM 1796 DAC chip for D/A conversion, Cirrus Logic CS4362A DAC for multichannel audio, 6120A2 amplifier module by Texas Instruments. Apart from Oxygen Express CM8888DHT processor, the rest of the components used are virtually identical with that found in Xense One model, both cards are quite similar, which is easy to see when you look at them side by side.

To properly feed the headphone amplifier, the card is equipped with separate power supplies for 12V molex type, it has a much cleaner power supply than that provided by PCI-Express socket.
Unlike Xonar Xense or STX, it doesn’t have swappable socketed op-amps, a clear evidence that Asus is addresses this card for those who want a high quality sound out-of-the box without experiencing various modding. Personally I would have preferred more freedom in choosing the op-amps, but I do not think this will be an impediment for most users. 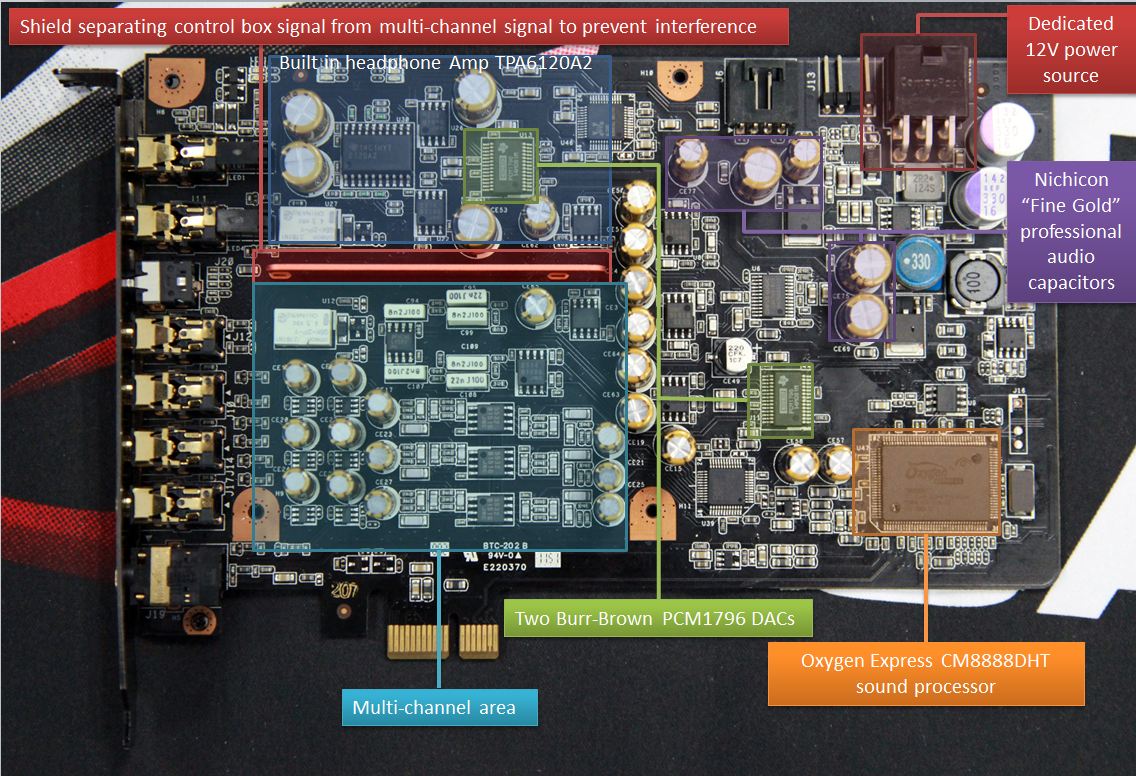 PCB board is very carefully done, it is composed of several layers, the digital part is completely separated from the analog with two layers for shielding effect, to avoid interference.

Speaking about connectors, Xonar Phoebus offers almost everything a normal user may want. On the external bracket we can find dedicated jacks for headphones and microphone, jack for connecting the external console, multichannel analog outputs, digital SPDIF output (TOSLINK with adapter) and line-in input for external sources. 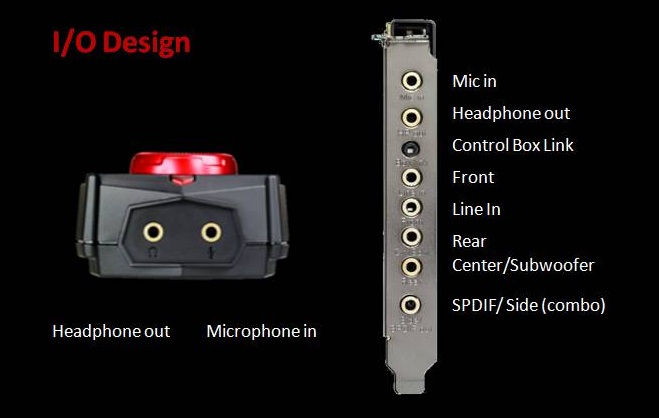 For stereo music I used Creek Destiny 2 amplifier, together with a pair of Dynaudio Focus 160 speakers.

For various comparisons we used a combo from the Burson Audio, consisting of the external DA160 DAC and HA160 headphone amplifier, Xonar D2/PM and Xense One sound cards. 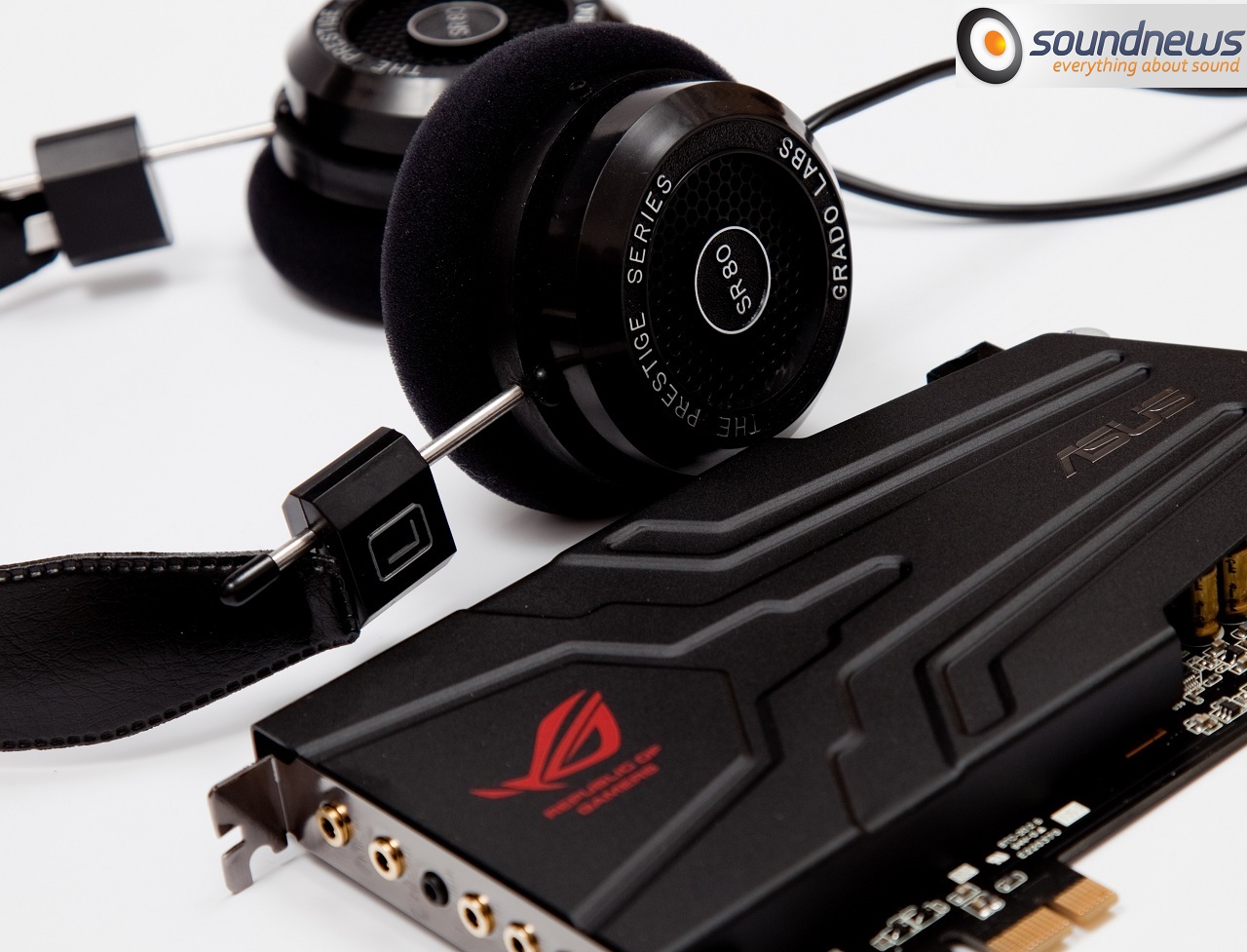 After several days of listening we made ​​several comparisons and things are quite clear now. Phoebus is a very similar model in terms of sound quality with its predecessors, from all points of view it sounds almost identical with Xonar D2/PM and Xense One. It keeps the same features that made the Xonar series the best internal sound cards available on the market, very good level of detail, well defined bass, good dynamics and excellent separation of instruments are of absolutely remarkable quality considering the class of which it belongs. I recommend you reading the separate articles for the Xonar D2 and Xense One models, it will give you a clearer picture of the potential  these sound cards have.

In manufacturer’s specifications is stated that integrated headphone amplifier can drive headphones with impedance up to 600 Ω. After several tests we obtained the same results as with Xense One. Grado SR80, Sennheiser HD558 or Beyerdynamic DT880 headphones were driven smoothly without any issues, while Sennheiser HD800 put the sound card in real difficulty, a common behavior if we think that these are some of the most expensive and most demanding headphones available. 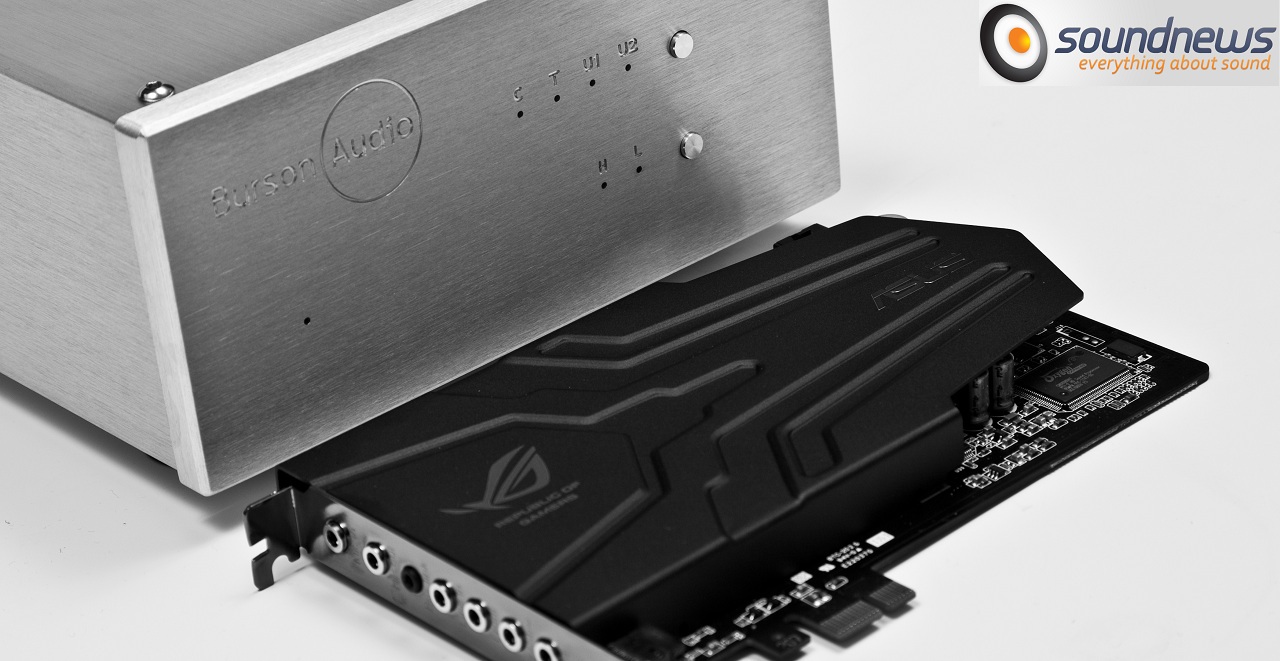 Compared with the external DAC from the Burson Audio, Phoebus does not offer the same huge soundstage and the same ample naturalness, it is quite clear which one is more refined model, but do not forget that the differences both constructive and the price point are very big between the two models. Differences of quality between the two solutions are easily noticeable on very resolute (detailed) equipment – if on the Sennheiser HD558 were only shades in favor of Australian DAC, when I used HD800 or Focus 160, sound quality tipped the balance towards Burson DA160.

EAX standard used in games is a patent of Creative and therefore, Xense One does not have a hardware support for it. However Xense One manages quite well to emulate EAX software using the technology GX3.0, also helped by the i7 930 @ 3.8 GHz processor. 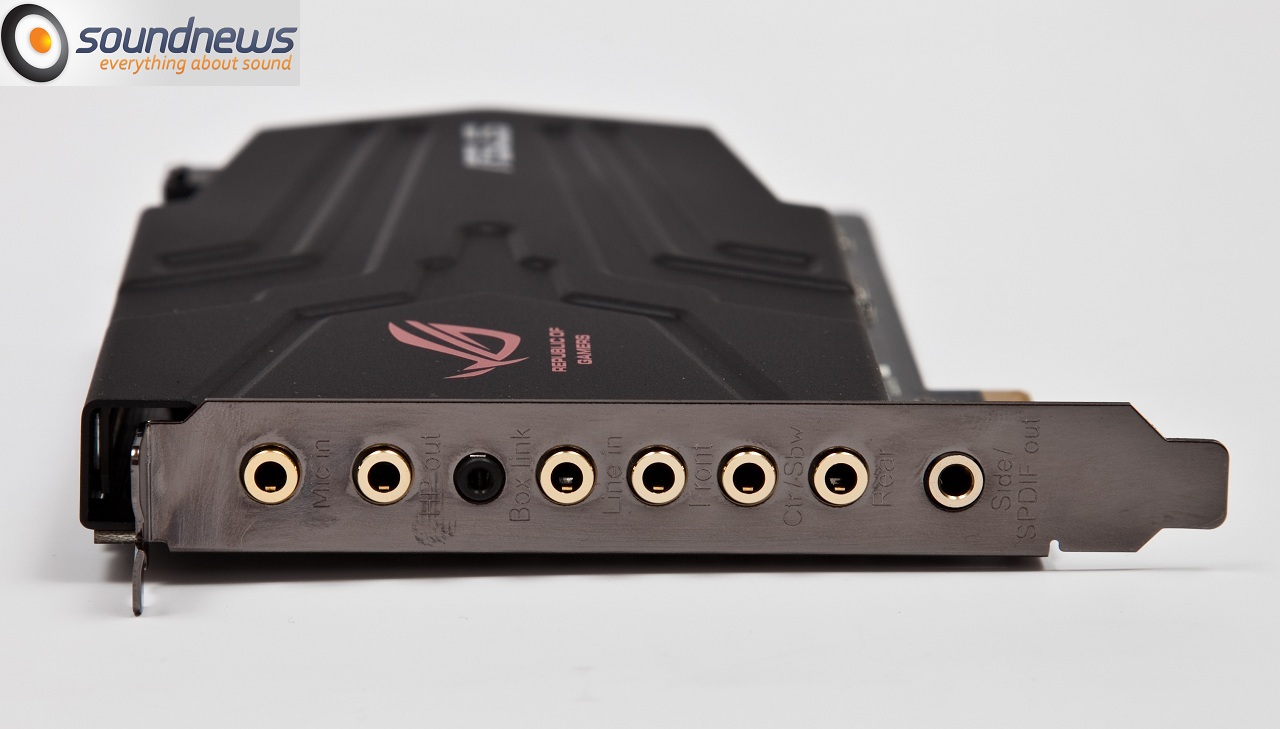 Xonar Phoebus is not a revolution on the internal sound card market, but an exciting evolution of previous models. It offers an excellent sound quality and numerous features dedicated to gamers, it is an excellent designed and built product. Phoebus represents what Xense One at its time should be, a sound card dedicated to games lovers that offers sound quality worthy of audiophile segment.

– Op-amps are not swappable
– Headphone out jack used is 3,5mm instead of 6,5mm
– Lacks coaxial digital output

The price of this product has not yet been announced, but our expectations are around 150-200 EUR, we will return to the article the moment we will be officially informed by Asus. 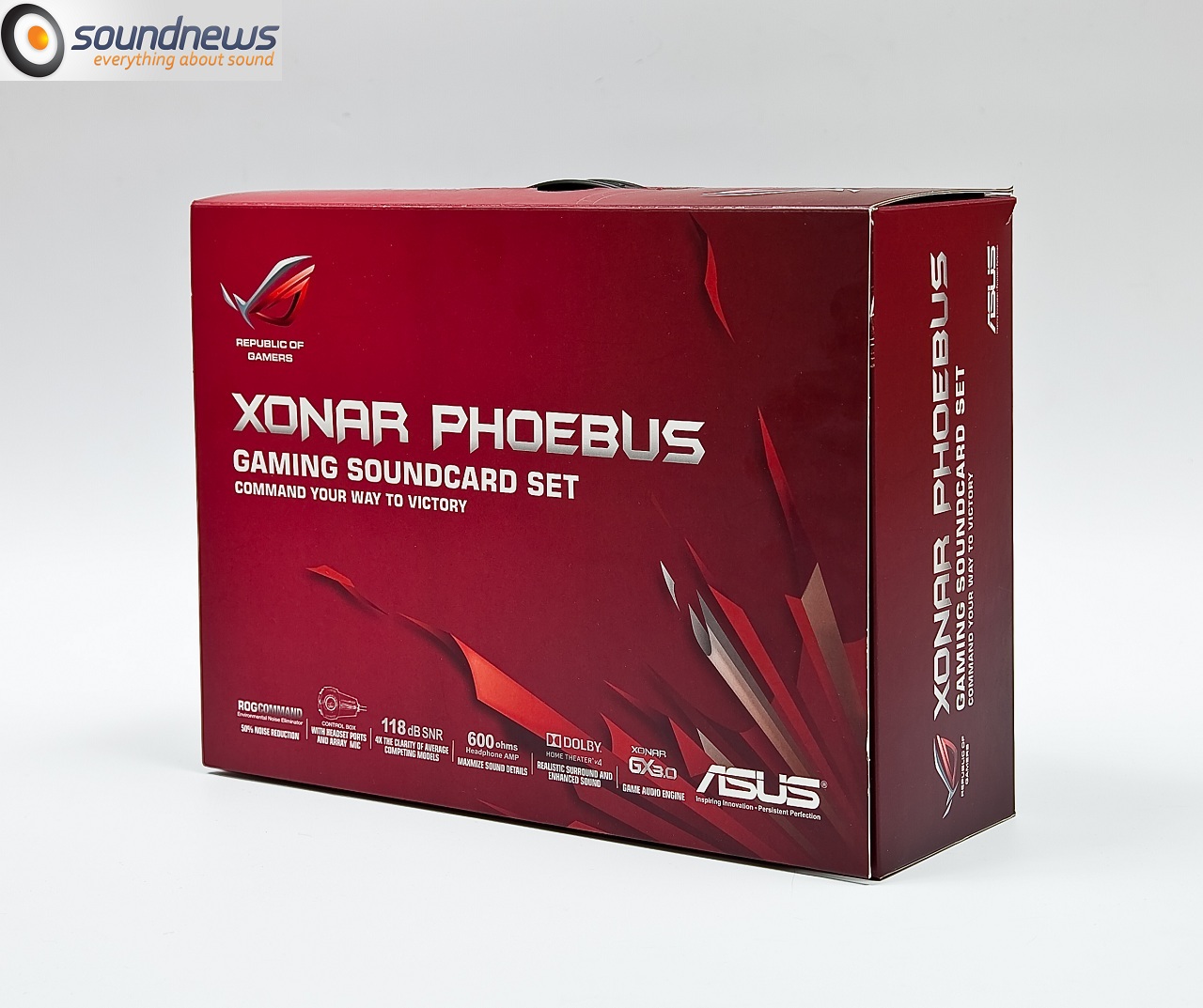