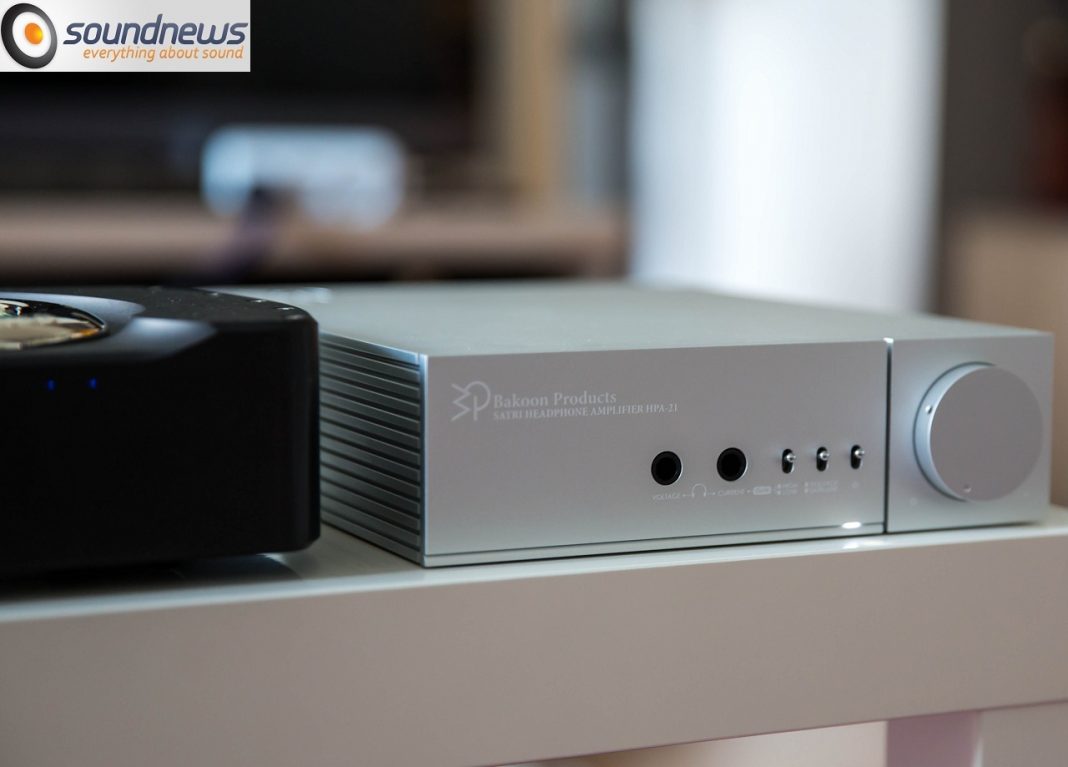 This article will be dedicated to the headphone amplifier Bakoon HPA-21, the newest product of the company and most interesting one (for me) that they have.

To this day it is the only headphone amplifier that is present on the European market that uses this interesting topology.

Just to make an idea what means SATRI circuit (current amplification is patented and named SATRI) I will try to enumerate few significant advantages: 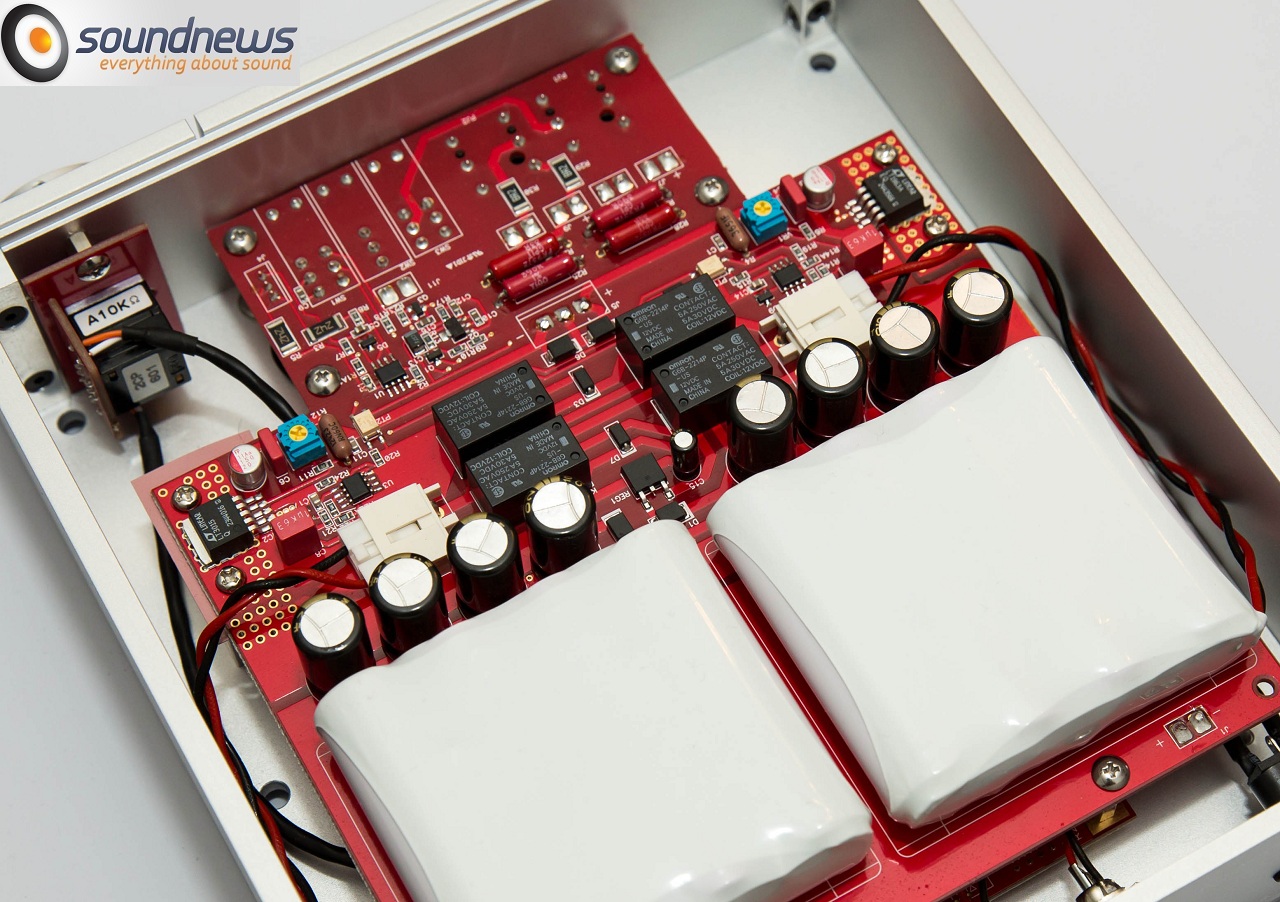 The manufacturer tries to help understand how its SATRI circuit is working by adding this key points on their website:

I can say that in practice advantages of this kind of amplification were noticed immediately. I tried to listen to as many tracks as my time would provide, many of them I didn’t even listed. For nearly two weeks I listened to music of all kinds to make a strong impression about its performance. 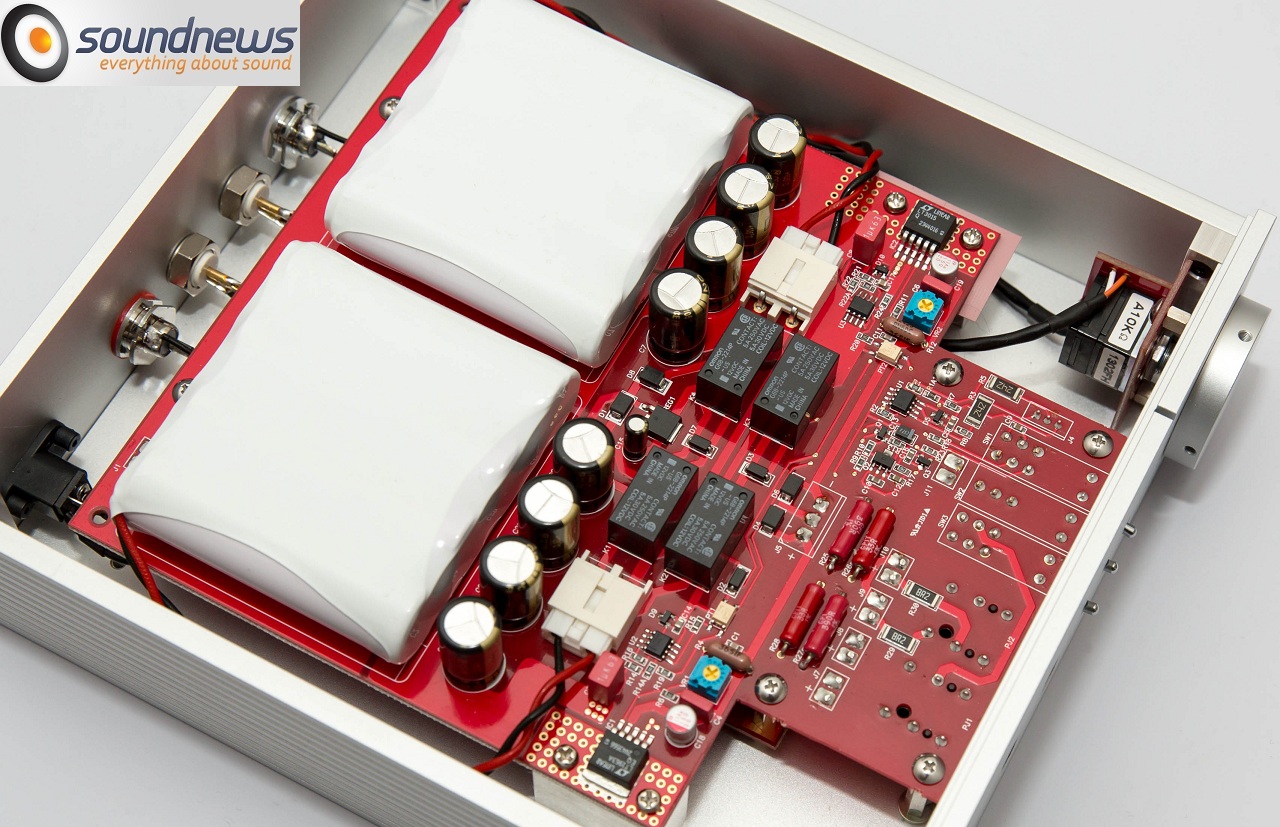 Few of the albums listened were:

The amplifier is built as a whole from aluminum with an astounding accuracy, it has two inputs – a SATRI-LINK input (for the DAC that it is in development and for future SATRI sources) and a conventional RCA input.

Build quality is very good, nothing to complain about. The amp is pretty heavy for its size, this being due to Its internal batteries from whom it only can operate. Recharge time is approximately 6 hours and listening time is somewhere between 6 and 8 hours, depending on the volume and the headphones used. Volume wheel is nice to the touch and seems very well built, it works pretty smoothly, it is not a stepped one.

Amplification by current, only battery powered and its price tag of 3000 USD, respectively 3000 EUR brings the product to high-end ranks and in the rows of the top of the line headphone amplifiers at this moment. 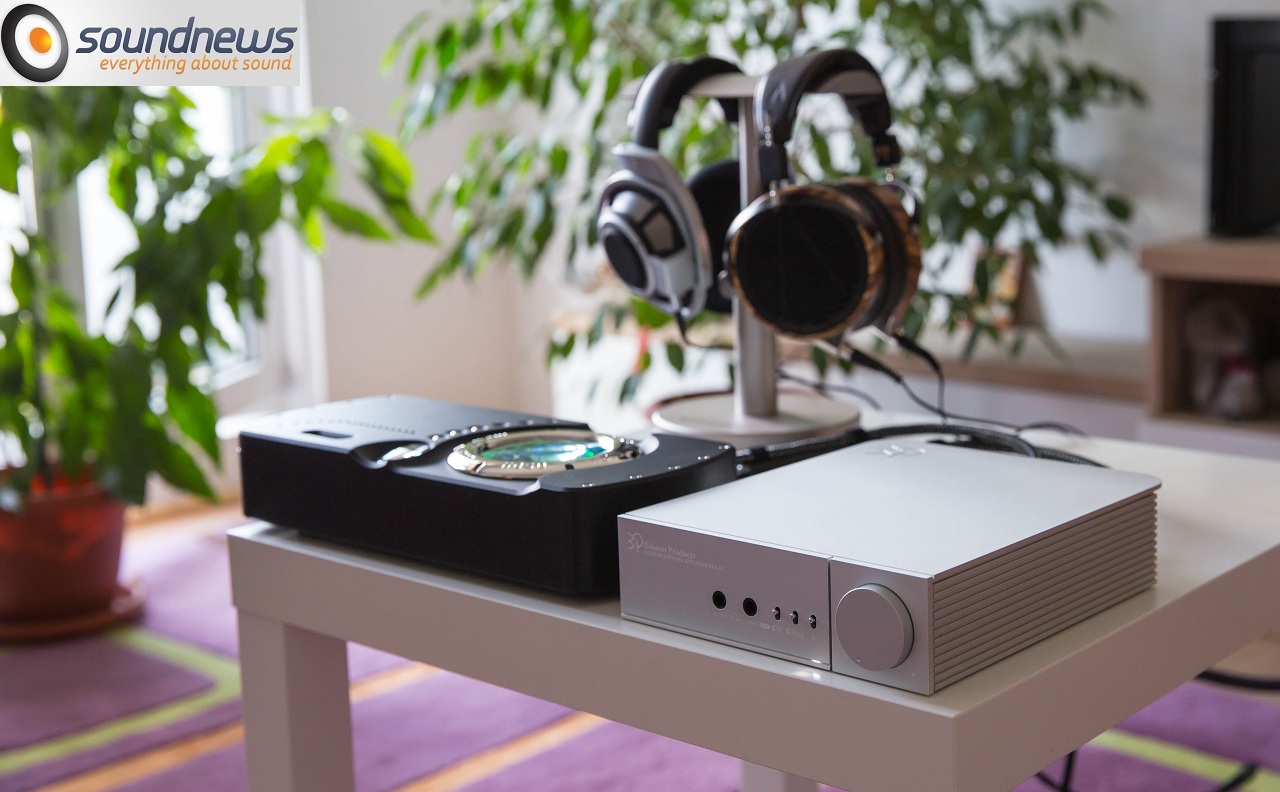 After first minutes of auditioning it was clear to me that it sounds very different compared to what I have listened to this moment. The sound it makes is so different to the traditional amplifiers heard till now that it took me a lot of time to find its weak spots and to make sure that what I am hearing is true.

First and foremost it impresses with the level of detail and its airiness absolutely unmatched by any other amplifier. It doesn’t matter how loud I am listening, the amplifier is distortion free of any kind – a remarkable achievement.

I also want to add that from tens of headphone amps that I tested in the past time the difference in detail presentation of all those amps was pretty small, big differences were in the general audio performance, in dynamics, soundstage, stereo image or background but not so much in the detail department. It’s the first time when I hear so much more information from just changing the amplifier and not the DAC, it’s quite shocking. Sure enough I also did a small comparison to my own benchmark – Burson Conductor.

With Bakoon HPA-21 I felt the limits of the Chord QBD76 HDSD and Burson Conductor DACs, it is quite difficult to express with words the difference between this two amps. To this moment I thought that the amp part of the Conductor doesn’t add any kind of veil and doesn’t hide details because it was among the best to this very moment. When I connected HPA-21 it was like the last layer of veil was lifted from the music I was listening.

The biggest difference between these two amps it’s the level of detail rendered, the size of soundstage and the background. In all those three crucial points I give maximum credits to HPA-21. 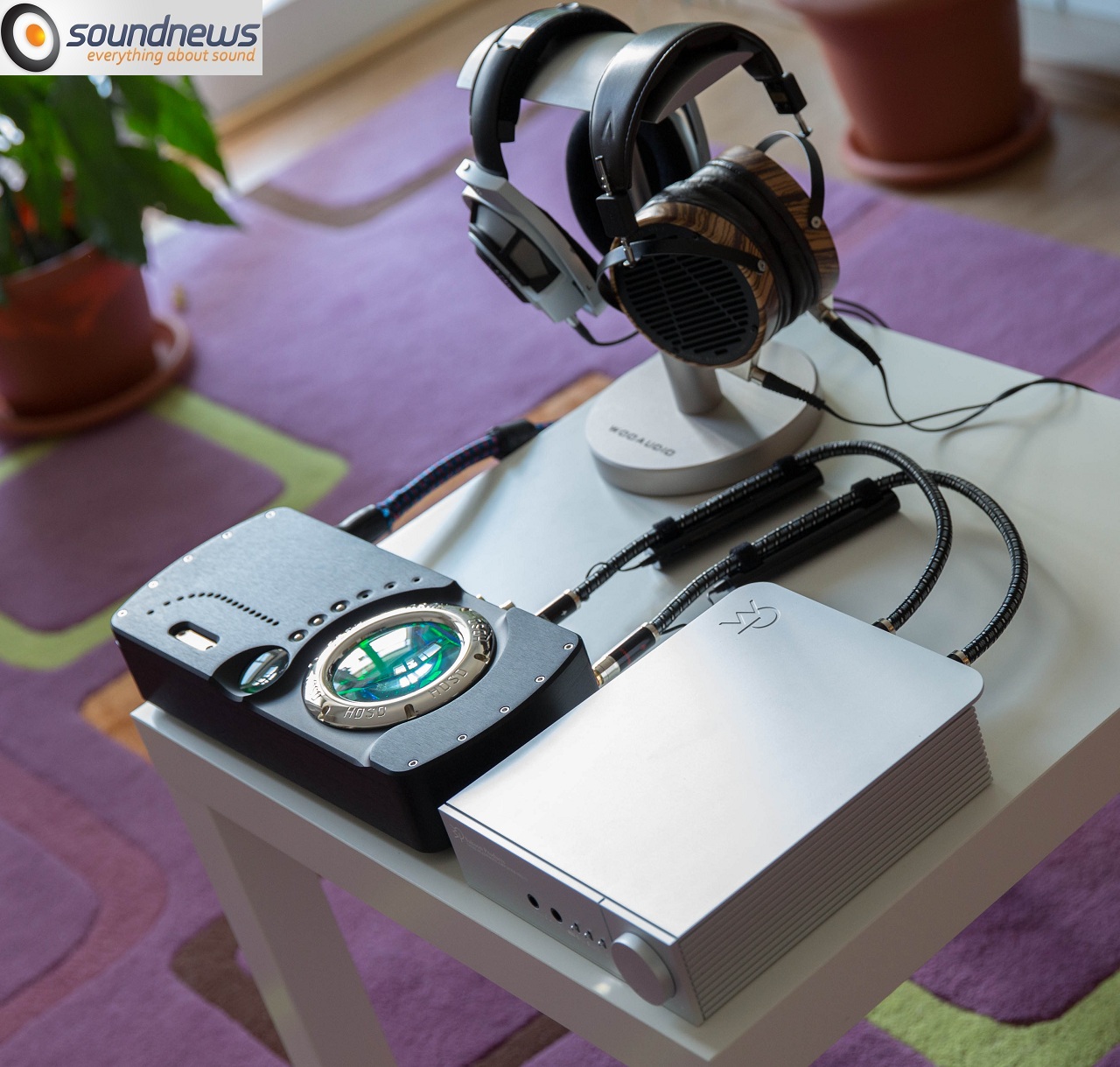 With this superior level of detail, that empty space between instruments that I speak of in almost every review became so big that I hear a distinctive pause between every sound, I can easily hear the start and the finish of every sound, that I can firmly say that it has the most contoured sound. It is very revealing, the differences are of course from track to track, one that it is very well recorded will sound excellent with very small differences between both amps, but on a poor recorded track the difference is obvious.

This new wave of information thrown to the listener doesn’t also add a layer of sibilance or fatigue to the music. The music is becoming smooth, liquid, sounds are closely linked, everything sounds distinctive as a whole.

Once with an extreme detail comes also a clear stereo image, to this day it is the only amp that I can give the highest mark in terms of stereo image, I don’t need to close my eyes anymore to see the placement of instruments floating in midair around me, I can clearly hear every audio instrument, where it is coming from and its distance to the listener.

Led Zeppelin doesn’t have exceptionally well recorded albums, but on Bakoon I had an impression that I am listening to a modern recording, without many flaws. The size of the stage and stereo image are going great on this amplifier.

I confirm the companys statement that the amp is the only one that accepts and plays the widest frequency range without any loss. On crowded music I hear new information and new small microdetails that I didn’t know existed, it is quite shockingly to hear them when you think that you listened to those tracks more than a decade. I was listening late at night and when I was hearing something new, I was wincing and started checking if the door is not closed or if something happened around me, I wanted to think it’s a sound in the house, but it was a new sound in the track I was playing. I checked again the tracks and indeed new details reappeared.

Words of praise for the level of detail, wide soundstage and stereo image can go on forever, simply because there is nothing to reproach in this respect. 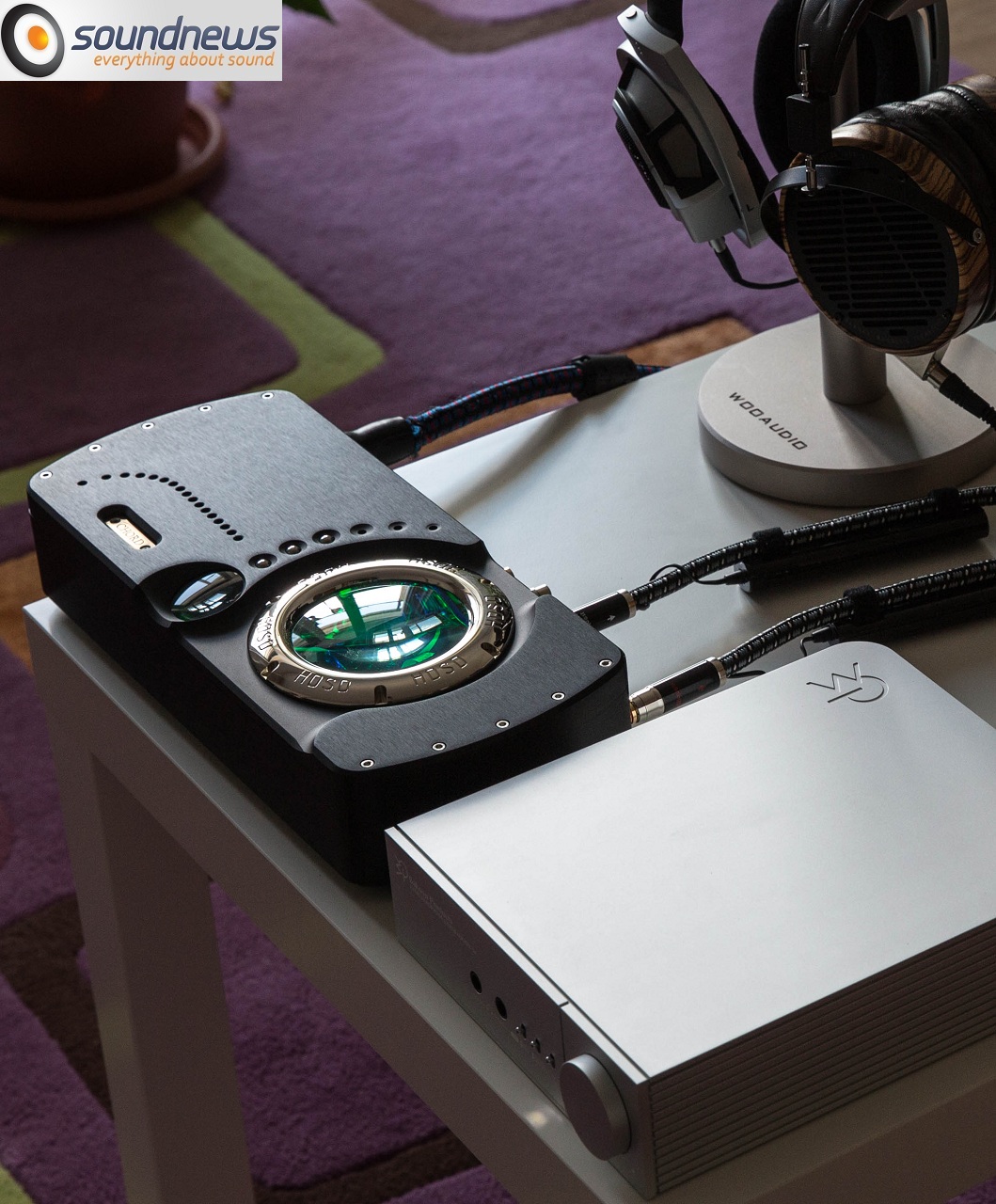 If at many amps I was telling that the background is black enough, here I can say that it completely does not exist, I just cannot hear it. The lack of a background noise and a very airy presentation are making sounds simply flowing into my face, as if all music played is a river that flows over me.

In terms of general audio performance and if it has a particular coloration, I can say that it is completely neutral and very linear. Listening to HPA-21 It is easy to realize the coloration that other headphone amplifiers have. For me HPA-21 is like a tool to me, like the very best lens of a photographer, like the best tool of an engineer or the best nib/pen of a writer.

Linearity that it is taken to extremes of this amp evidently has a lot of pluses but also minuses, if you are familiar with this kind of sound. People that prefer a more palpable, soft and slow or vivid sound will need to search something different. This one is not colored, meaty, sibilant or very alive, it is precise and doesn’t want to emphasize anything, it is a bit polite and accurately reproduces the signal without adding anything to it. I think it is first amp to which I can attribute motto “wire with gain”. Burson Conductor is different, it colors the music, it cuts a bit of the mistakes in the mastering hiding few microdetails, adding a drop of life and soul to some tracks, it is master of control but it is not as honest as Bakoon.

Speaking about control, HPA-21 has it in spades too. Using LCD-3 on high gain current output I obtained a remarkable sense of control over the drivers. Volume wheel is situated on 09:00 o’clock and I feel already that I cannot go any higher than that.

The difference between low and high gain it is pretty big and this aspect should be taken very carefully. This thing bothered me a little, if on orthodynamics it made a pretty big difference, on dynamic headphones it was an even bigger difference. Just to make yourselves an idea using Sennheiser HD800 on high gain I cannot go louder than 10% of the volume because my ears will start bleeding. On low gain however I can go up to 50% of volume no problem. That is why when headphones are being inserted we should take care about the gain selected. Manufacturer informed me that high gain will be readjusted and 6 dB will be cut from it. 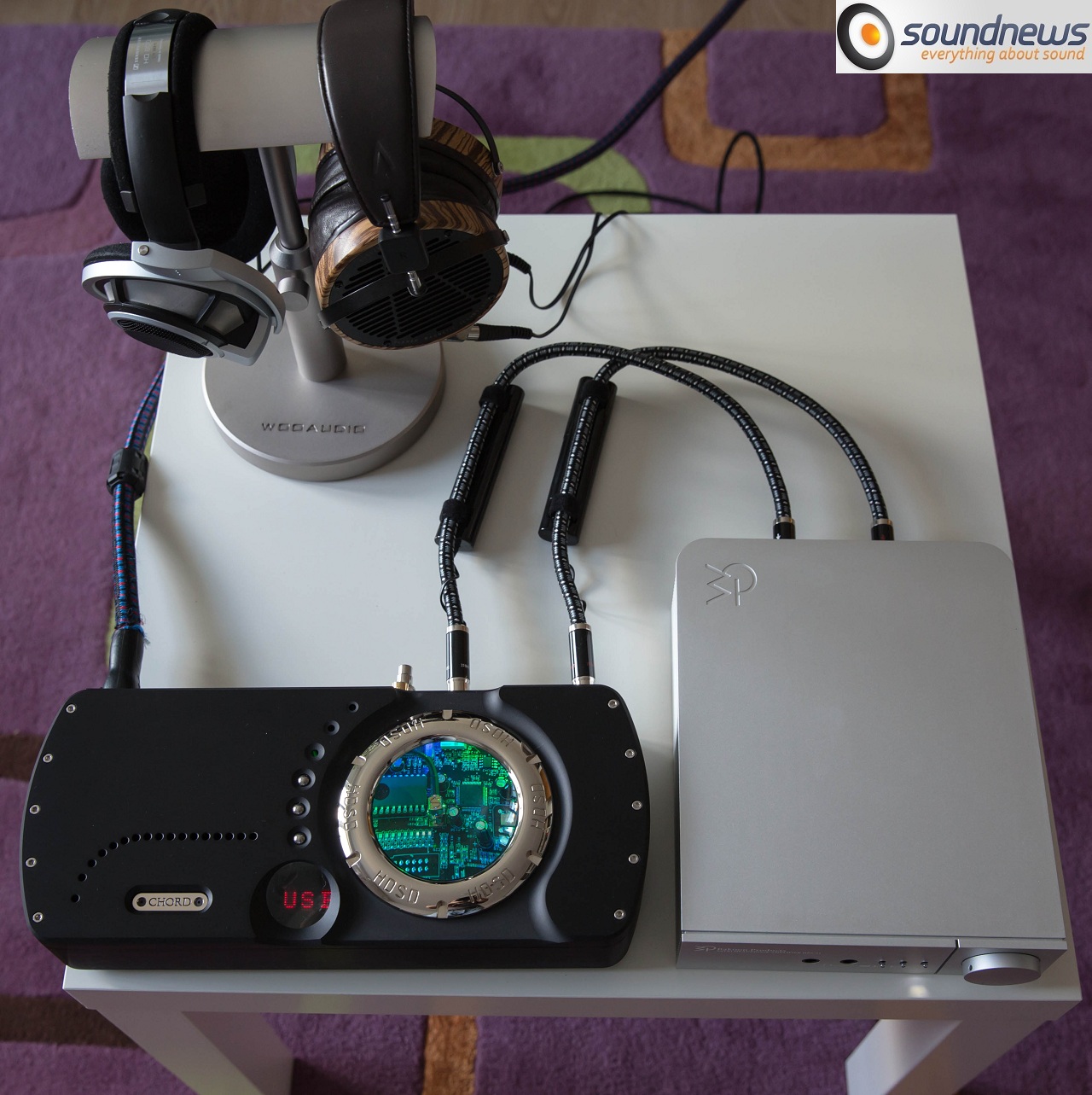 I will speak briefly also about frequency spectrum.

For the bass test I used autochthonous song Elephunk from Silent Strike band. The interesting contrast between electronica and jazz music is very appealing, bass notes sounded precise and airy. It lacked a little impact and weight that Burson Conductor has, but on HPA-21 bass sounded as it had more layers of it. On HPA-21 bass is more precise and clear and not so deep and blurry as on Burson. For electronica and deep bass lovers probably this is not the best choice.

Mid frequencies were rendered accurately and easy on the ear. On the songs of Gothart stringed instruments and the voices sounded warm and pleasant to the ear, strings vibration was accurate without any trace of distortion. On female voices however it still lacked a little warmth and natural vibration of the vocal cords, it loses a bit at naturalness on the mids.

The amp is not part of those warm, slow and nonaggressive sounding amps, this is mostly because of low and mid frequencies that are not projected on the forefront. Although HPA-21 is not aggressive at all, it is neither warm or cold sounding, it is exactly in the middle, trying not to get the attention to itself, trying to completely disappear from the audio chain. It certainly impressed me with its almost invisible audio performance.

Highs were exactly on their places, very well defined, but not sharp or sibilant. The highs were exactly how I would like them to be. The lack of an abrasive sound and its extra detailed presentation that it has on all frequency range makes it a very good choice for instrumental music and all its sub-branches.

A delight for jazz, classical, folk or rock music, I would want a little more energy on bass, but unfortunately you cannot have them all. 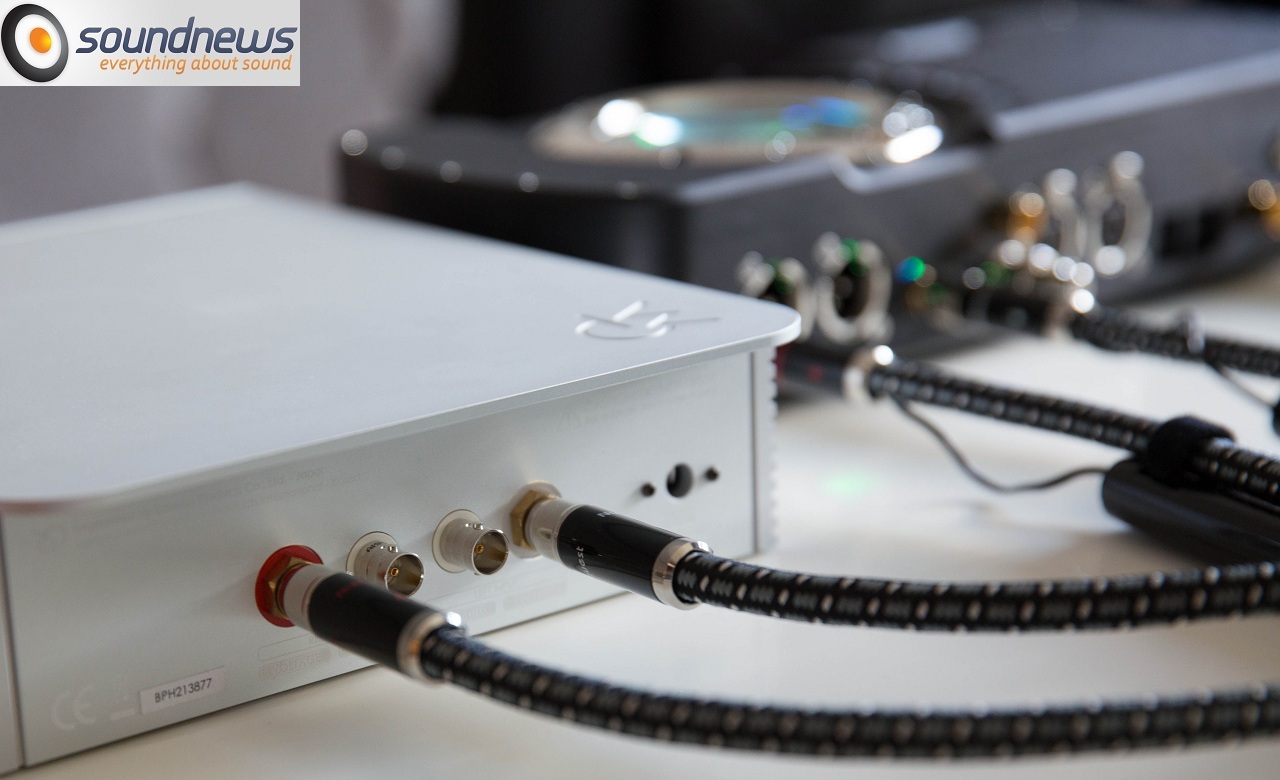 I was very impressed by the creation of Bakoon Products Internation team. I never expected that a new topology can bring so many benefits and change the presentation of the perceived detail retrieval so much. The difference besides traditional amplifiers is not a small one and from first minutes of listening it is pretty clear that the amp is part of another class. In regards to detail rendering, to stereo image, to soundstage and to absence of a background noise I think that to this moment it doesn’t have a direct rival.

Build quality is top notch, its dimensions are relatively small, design is simple, industrial even, nothing to complain about.

Price is premium, personally I would love to see also a DAC in the same case at this price, but considering the performance, value is justified. If you want the best then this is it.

I thank Soo In Chae this way for trust, amiability and professionalism shown. I’m sure that I will miss the sound of this amp very soon. 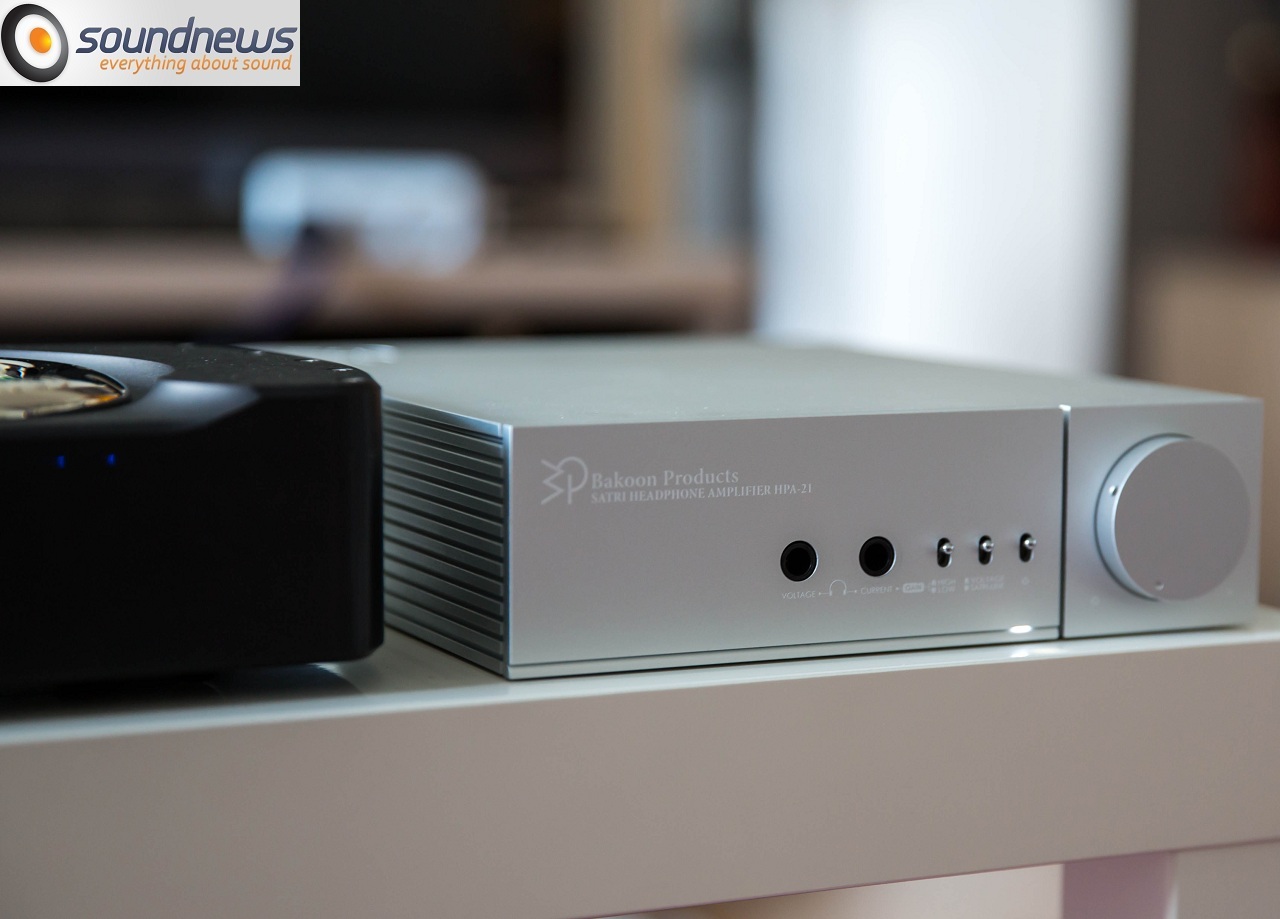 –          Nonexistent background noise, it cannot be blacker than that

–          Big difference in sound levels between low and high gain

Gear used for the review: 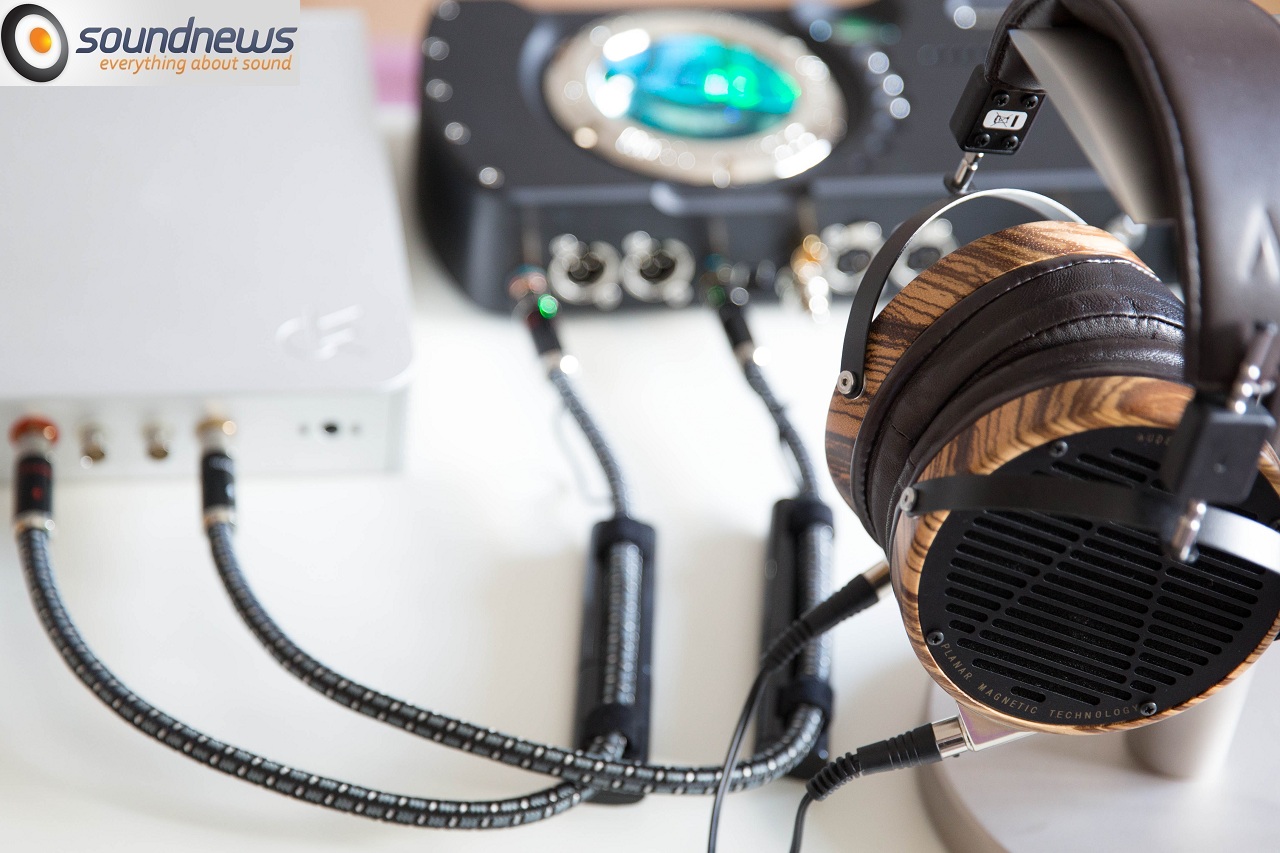