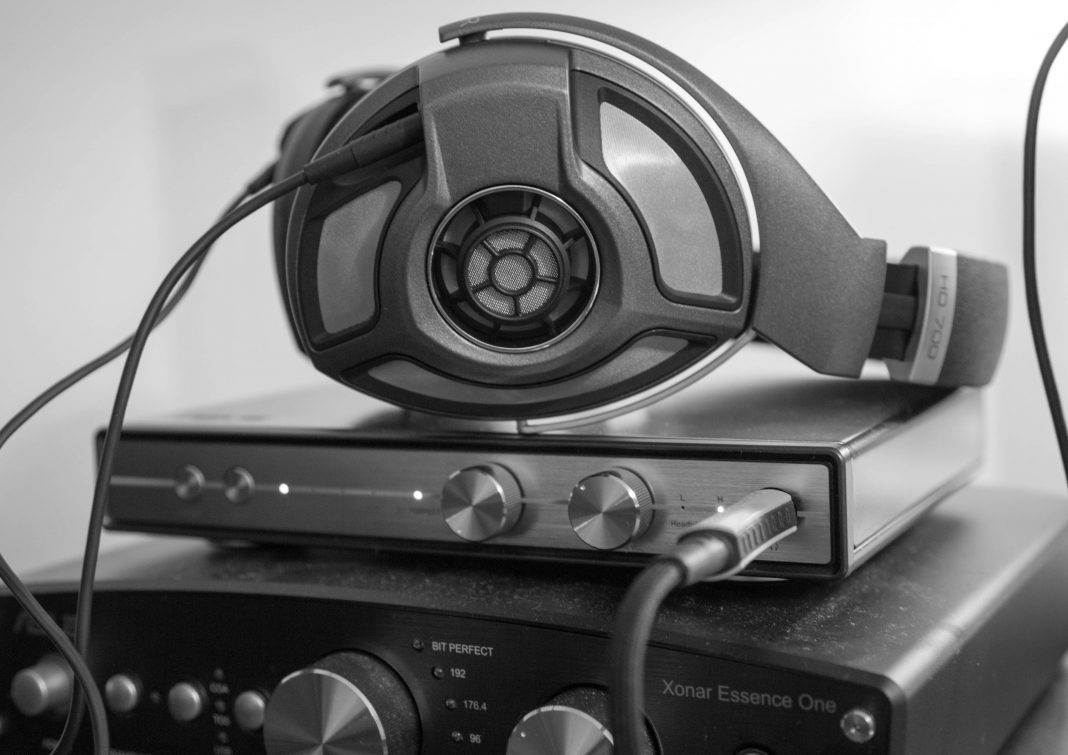 Most of computer motherboards to date come with standard audio ports & although the output leaves much to desire, it appears they suffice for most users. There are also different kind of people, owners of quality audio systems, people for whom music means more than some bare sounds without flavor. Dedicated to these people, Asus created Xonar range, which dominates with authority this market segment. Essence ST/STX model is the current pinnacle of soundcards for computers, a product which left Asus competition’ without reply until to date. All the praise goes to this achievement, but since nothing in this world is perfect, this soundcard has also its limitations, being foremost exclusively designed for desktop users. The notebooks’ market has become dominant these years & its users had no other option than to go to Essence One model, much powerful, but twice as much as expensive.

To cover this void in their lineup, Asus has focused its efforts & they had launched Xonar Essence STU, which at a price of approximately 250€ is at half distance, price wise, between Essence One and Essence ST/STX models. 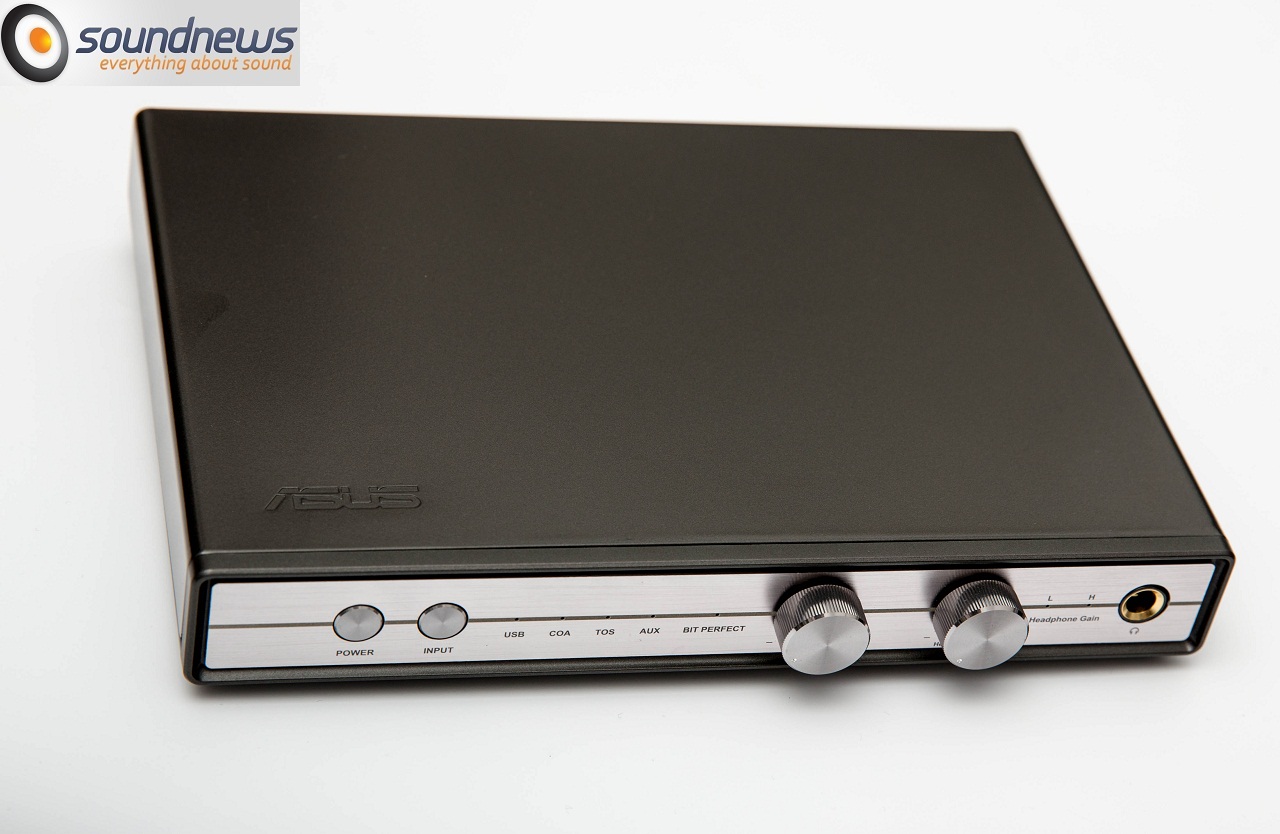 As you can see, we have a soundcard with asynchronous USB, a little sister of the world renowned Xonar Essence One. At a quick view of its internal components, one can notice easily that we’re talking about an external version of the exquisite Essence STX, to which we can add the advantages of an external solution regarding the dedicated power supply & the avoidance of the electromagnetic fields generated by various PC components inside a case. Let’s have a look at what is exactly under the metallic hood:

– DAC BurrBrown PCM1792, present in both STU & STX variants, is a performance chip from Texas Instruments & it can be seen in top audio devices, like CD-player Primare CD22 which has a retail price above 1.200€.

– headphone amplifier 6120A2, same one used with STX or Xonar Xense.

– OPAMP: 2x JR06ABE3 LME  & 1x JR12ACE3 LM 4562NA from National Semiconductors. These are operational circuits which can also be found in top of the line product Essence One. They are socketed & as such, they can be replaced at users’ whim.

– asynchronous USB is based on chip CM6631A from C-Media, same solution being used in case of its elder sister, Essence One. This chip is able of up sampling rates until 24bit/192KHz.

– audiophile grade Nichicon Fine Gold & Wima FKP2 condensers. These condensers are to be found in many expensive audio products, being specially designed for this kind of electronic products. 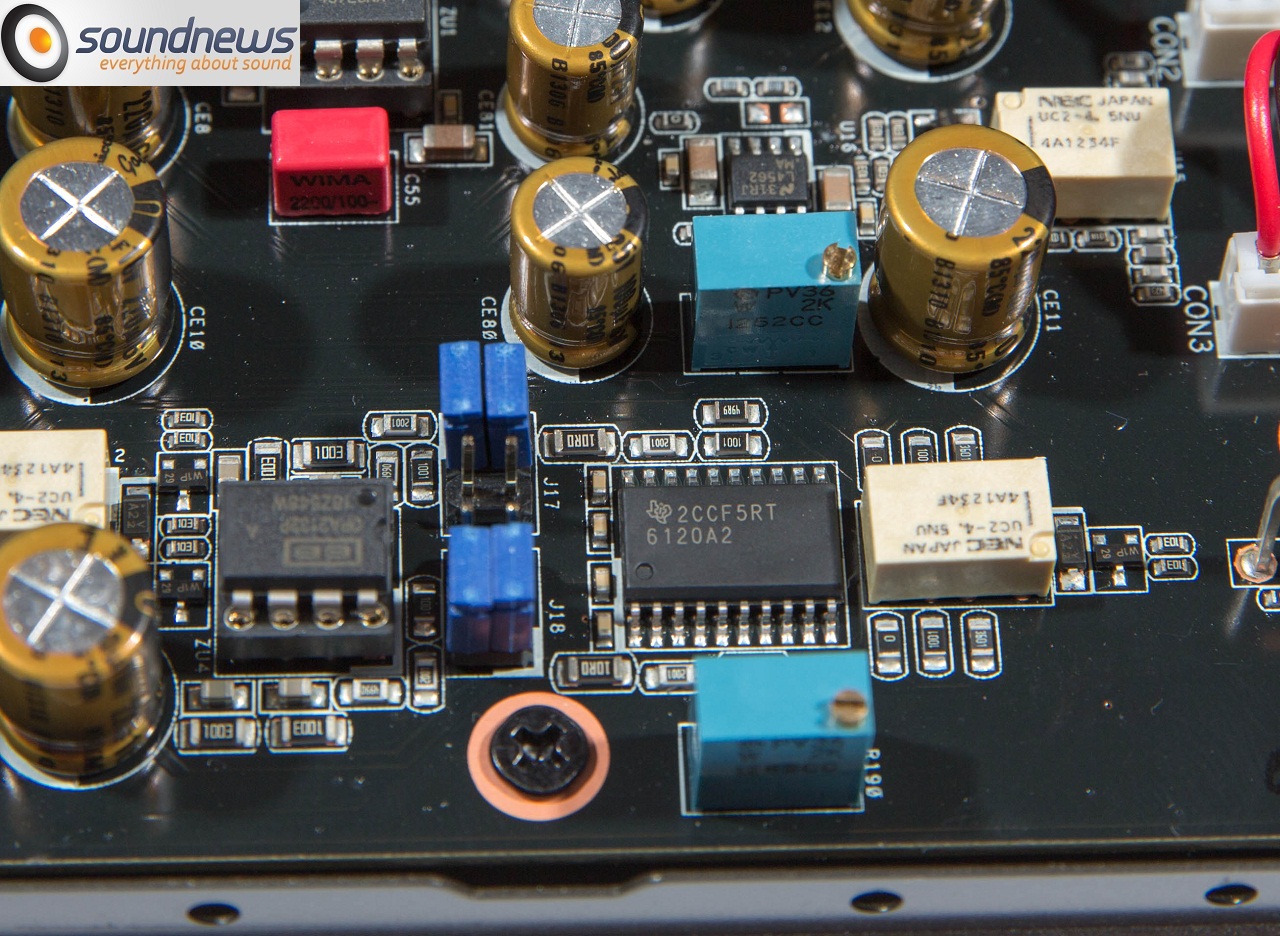 On the front panel we can found the jack for headphones, in size of 6.3mm, two volume potentiometers, one for the headphone output & the other one for RCA out. The consumer side of this product can be seen in the potentiometers used, entry model A100k coming from Taiwanese company Alpha. On this chapter we can see the two buttons, for on / off & for choosing the desired digital entry being used. In the rear we can see the digital input for toslink, usb & coaxial & RCA analogic outputs. Here we can find the switch in two steps to control gain for headphones output.

RCA outputs can be fixed or variable by using a jumper on the motherboard, its default position being that of a preamplifier already active. There is a global trend lately so that the function of preamplifier to be integrated in the digital to analog converters. I’ve tested many types of equipment with this solution & the results were not convincing, especially when we talk about entry level hardware. 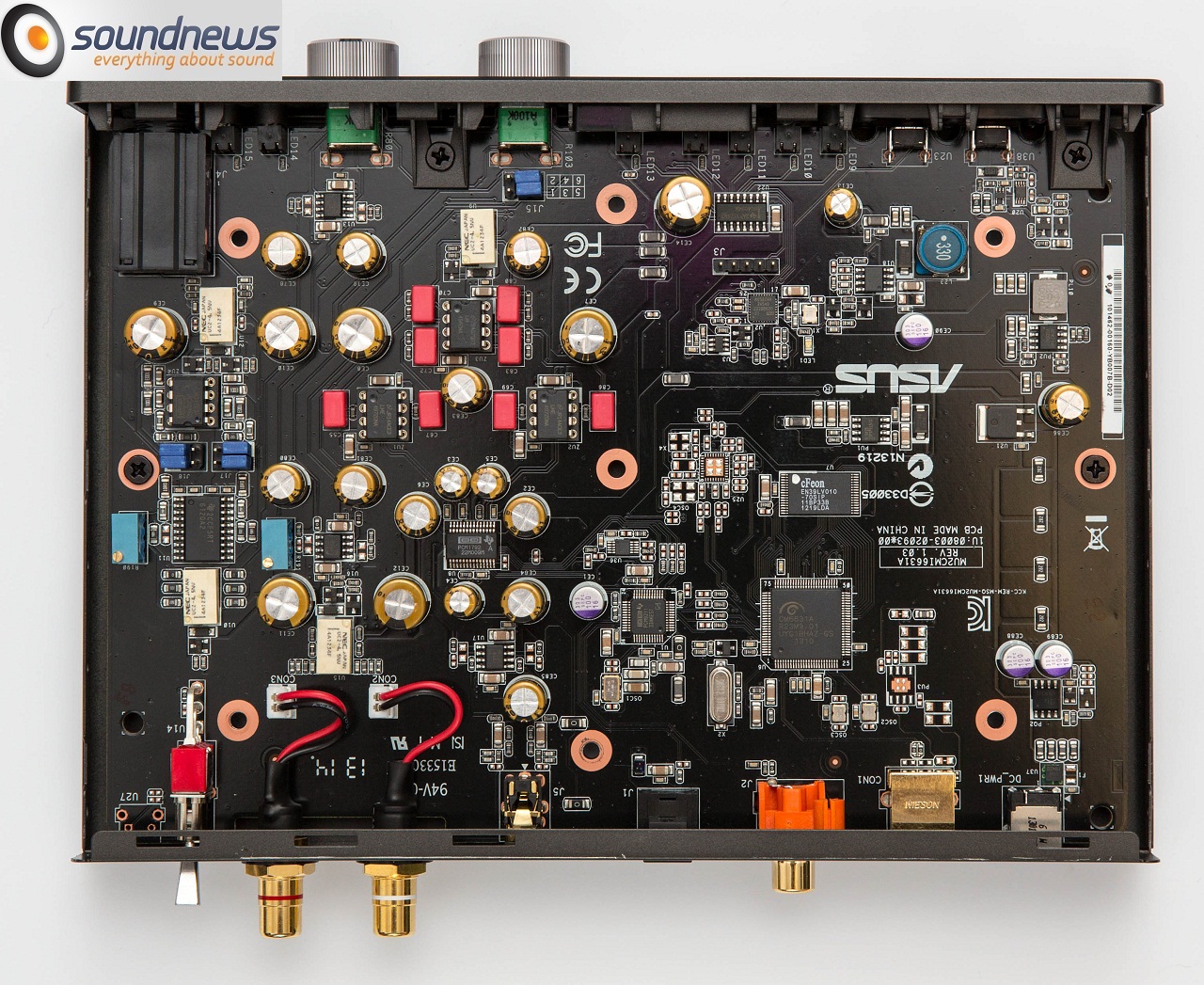 For the headphone output I have used two Sennheiser headsets, one being more accessible than the other – HD558 versus the exclusive HD700. Using the latter I tried to test the integrated headphone amplifier.

For the stereo music I have used my new amplifier Simaudio Moon 340i DPX, together with the academic bookshelves Dynaudio Focus 160. Although this system can appear quite expensive relating to the sound card Xonar Essence STU, I’ve chosen this system because I know it very well. With this configuration I can sense very easy any change & thus it’s easier for me to notice the differences.

I have used the latest iteration of Foobar2000 together with Asio, the plugin being included in the driver of Xonar Essence STU. This is the reason why the “bit-perfect” led lightens on the frontal panel during its use. 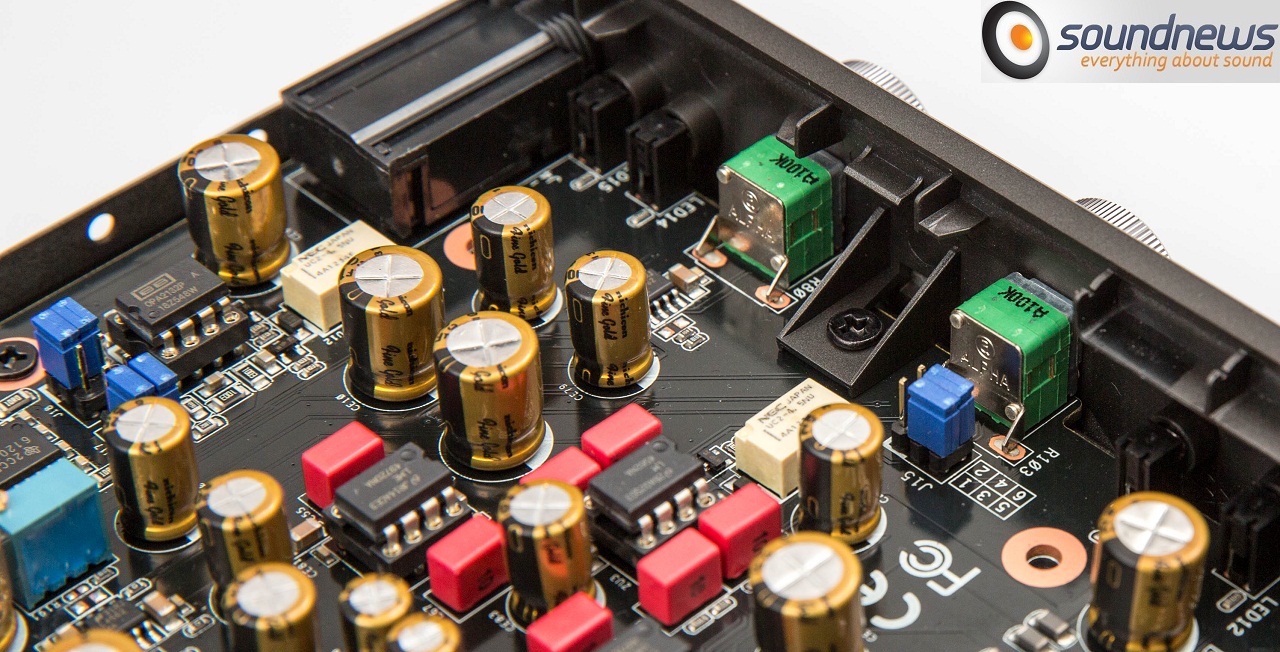 As I expected, the sound exercise of Xonar Essence STU is close to that of our older           acquaintance, Xonar STX. Having small variations in one direction or the other, models Xonar STX, D2, Xense, Phoebus or STU give approximately same sound quality & I think that it doesn’t pay to change one version for another, expect in particular situations.

Compared to the sound cards aforementioned, Essence STU comes with a little advantage in the scene presentation chapter, this one being much more extended & enveloping. Because I was in the mood for hearing some parts for my personal pleasure than to analyze their sound, I have played the album Erdelezi of Goran Bregovic in its entirety. I was moved by the performance of STU versus STX, for example in play Death I was much better a part of the atmosphere, the sound positions being more natural & having as a final result a much deeper satisfaction. The differences aren’t huge, but in the audio system I own, to which I know to the extreme all its qualities & its flaws, wasn’t difficult to identify them.

Besides what’s already stated above, I’ve also found in Xonar Essence STU all the qualities that have made Essence STX soundcard a formidable commercial success: a level of details & micro details without match in the world of soundcards for computers, a clear & well defined bass, without the typical exaggerations of cheap PC solutions & a nice, relaxed presentation of medium frequencies. The voice of Diana Navarro from Imaginando has caressed my hearing with delicacy, reproduction being extremely feminine & with crystal clarity.

Having finished with Goran Bregovic, I felt the need for something romantic, so I have called upon one of my wife’s favorite albums: Dean Martin – Italian Love Songs. Well, this old album from 1962 has brought back into my memory the biggest quality of the soundcards in the Essence series, fully present at the STU version. The sound is fluid, it flows smoothly & it tickles the eardrums delicately. This is a feature impossible to find in the cheap products, be it on-board solutions or entry-level soundcards. To put it simply, these sound poor timbre & dry, as if the sound information is not a whole & is being presented scarcely. Comparing directly Xonar Ds & STU, the latter wins hands on, instruments being better positioned in space, the scene is more believable in front of the listener, this one being much better immersed into the atmosphere.

Being relaxed after hearing Dean Martin, I felt the need for something more rhythm, so I came back in full force with AC/DC – Thunderstruck and Back to Black, Guns n’ Roses – Welcome to the Jungle and Metallica – Enter Sandman. Although the audition itself was a pleasure, especially since I’ve used some very good recordings (Metallica was in 24bit / 96KHz format), I would’ve liked a bit of aggressiveness from STU. The tone was too soft for this kind of music, the high frequencies being a tad too dutiful, intro from Enter Sandman losing its charm.

Rock music brought up a negative point for this card: as the scene grows more crowded, as many instruments play simultaneous in front-raw, the things tend to mix. I forced a bit the situation & I have listened to an album a bit special: Oue: Stravinsky – The Song Of The Nightingale, The Firebird, Rite of Spring (88kHz / 24bit). A reference recording which puts to the wall very expensive DACs & audio systems with good references, this album highlighted some weakness in right distribution of sounds in time & space for the STU. As a comparison, the combo made from M2Tech Young & Palmer (with a street price of around 2.000€) exhibits evidently more details, the sound climbs higher & upper and the level of satisfaction is bigger. In return, bass on Asus is at a very good level, with heavy impact, meaty & well defined. 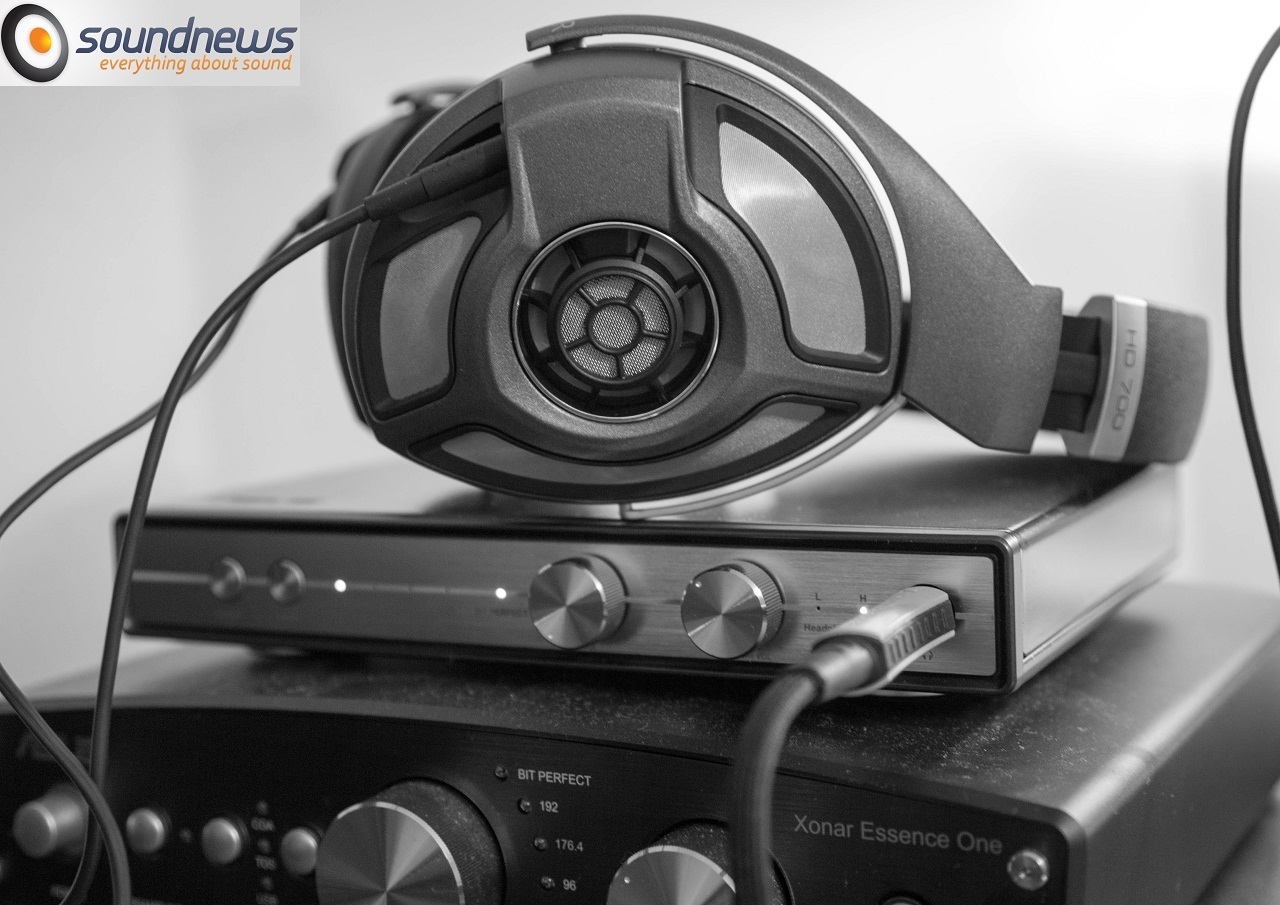 I’ve continued the listening experience with Maria Maria for the sound of “hot lamp” so specific to Carlos Santana. Listening on STU I had the impression that the hands of the artist don’t touch the strings smoothly, lacking that sensation of real thing, that analogic tone which I found in Muses Edition or in other more expensive DACs; in return, the rhythm was good, since I didn’t experience the congestion of sounds like was the case with the rock music. The acoustic guitar on Xonar STU doesn’t give one goose bumps like in the case of Chord QuteHD (1.200€ retail price), without mentioning the fact that the system used is several times more expensive than the soundcard itself. On a sound system less resolute, these fine details will be missed, like the differences between Burson Conductor & Xonar STU on the Sennheiser HD555 headphones are too small & it doesn’t justify the huge price difference between the two.

I took advantage of the presence of its elder sister Essence One Muses Edition & I’ve made some experiments with the opamps Muses 01. The modification has brought a slight plus in resolution & a better delimitation of the scene’s instruments. If on the top model the difference was bigger, between the stock opamps & those in Muses variant, on the Essence STU, the difference was smaller. Probably the topology of the STU variant limits the potential of the exotic opamps Muses 01 (which cost 50€ apiece).

The headphone amplifier can cope decently with the HD700 model, without bringing this expensive headset to its maximum potential. It doesn’t have the refinement or the raw power offered by exclusive products, such as those from Burson Audio or Sennheiser HDVD 800, but it represents an important asset for those who will use Essence STU with a pair of headphones. 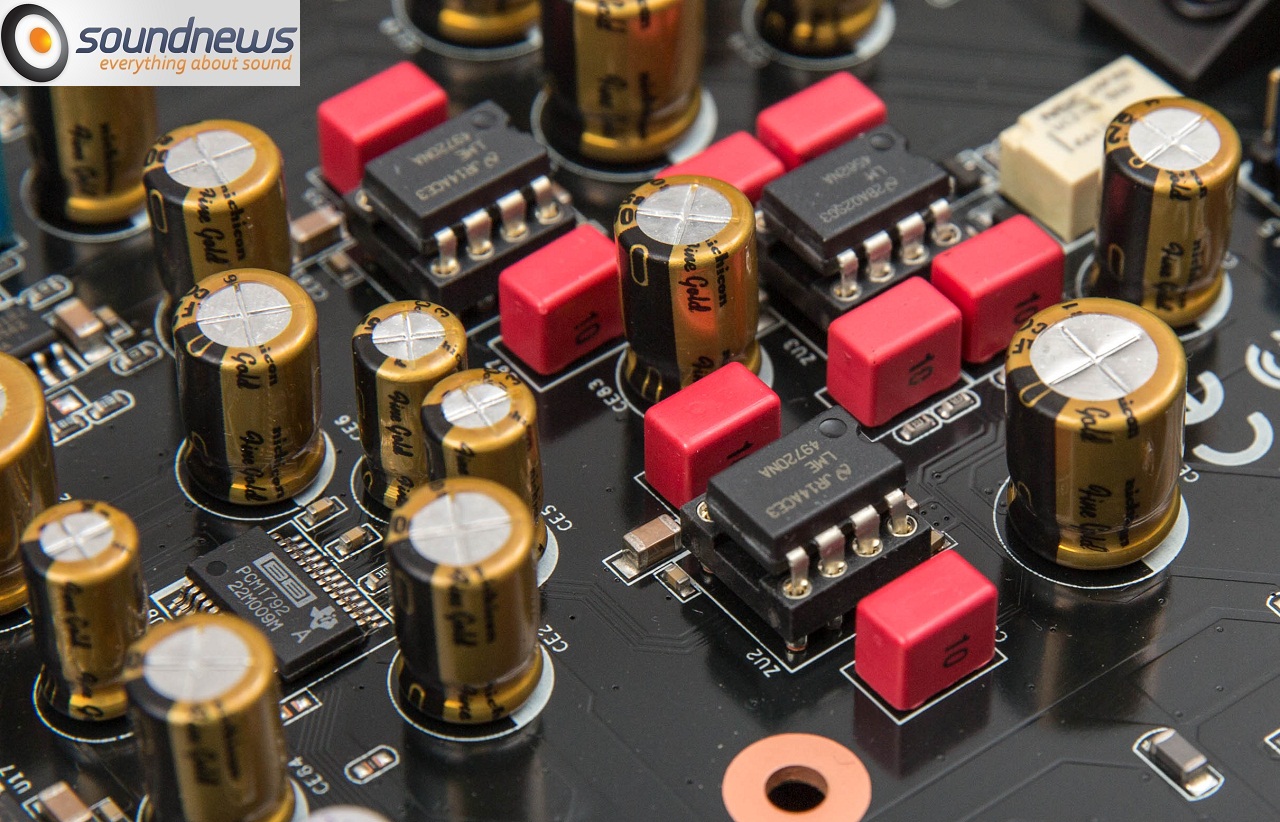 Asus Xonar Essence STU is a product which follows in the footsteps of the older model STX, probably the best internal soundcard in the desktop domain. It is not an important upgrade compared to it, but comes with the advantages offered by an external solution, whilst keeping the qualities of the original model. It is worth buying by those who desire a soundcard with real audiophile qualities and top notch facilities & they’re not willing to pay more for the flagship Essence One or pay very much on a dedicated top audiophile DAC.