It’s been almost three years since E17 was released and finaly FiiO decided to update this interesting device. Now it is lighter, prettier and has a digital volume wheel. I present to you newest E17K Alpen II, more refined and sleeker looking.

On the bottom the mini USB jack and dock connector disappeared, now it has only a micro USB connector which fulfills three functions: charge the battery, connects to PC (DAC mode) and docking to the future E09S desktop headphone amp.

The front face was greatly simplified as well, most buttons are gone, only input selector and On/Off button remained. Volume wheel is pleasant to the touch and easy to use.

The changes made to its internals are even more drastic.

FiiO gave up to its old sound signature: dark,  slightly muddy and blurry sound and opted for modern components wanting to achieve a more detailed, airy  and more real and natural sound. I can say that the goal was achieved. 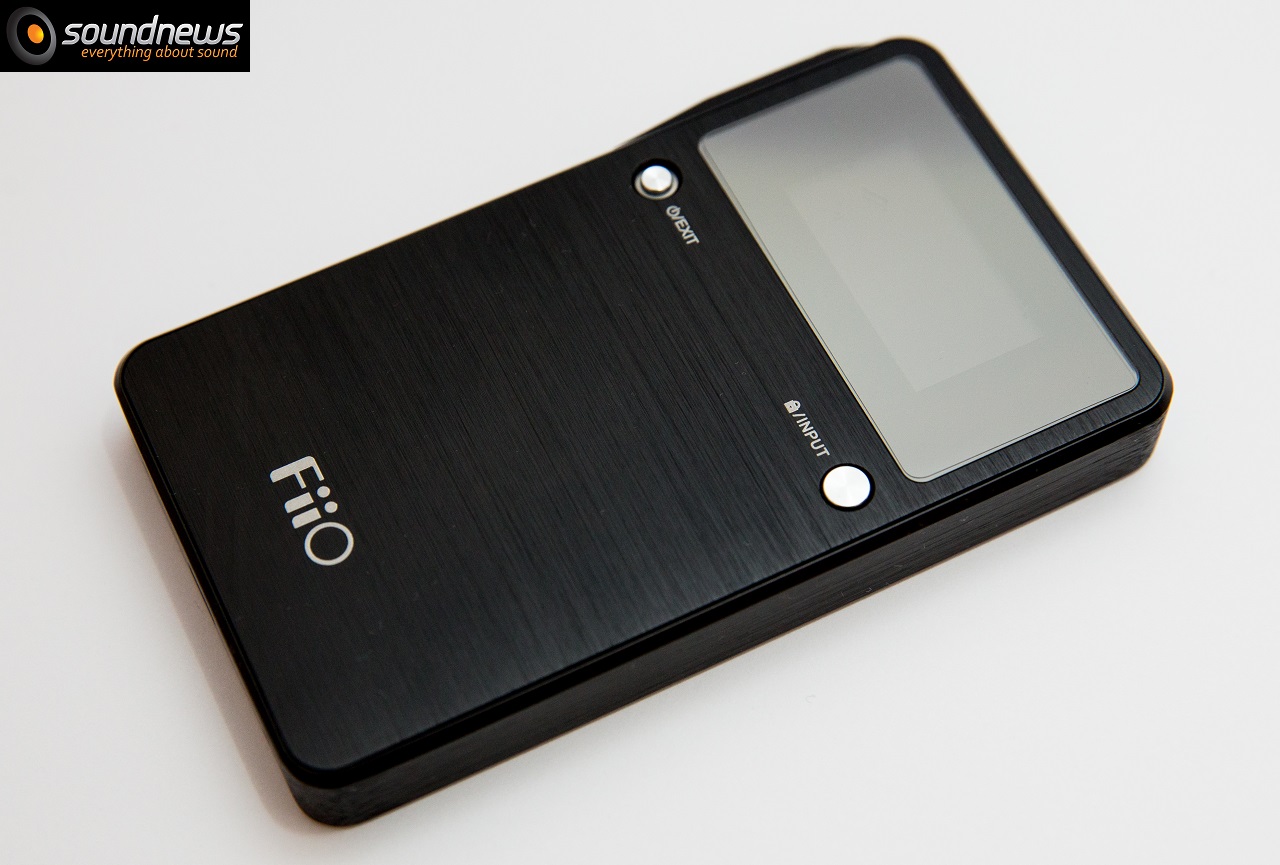 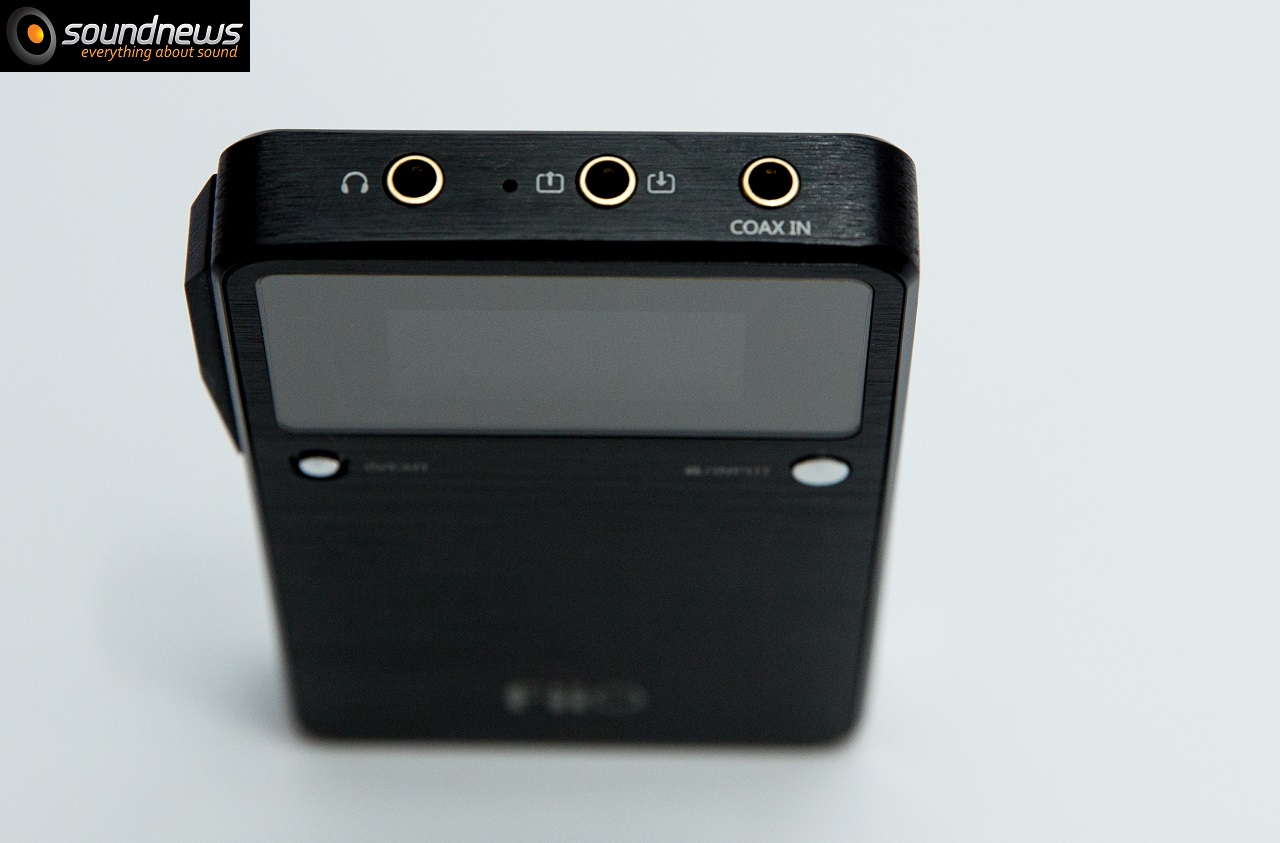 But this time it uses a superior quality low pass filter – OPA1622 and for headphone amplification and line out duties OPA1642 and LMH6643 are used.

As a drawback we denote disappearance of the optical input, that was present in the original E17, now we can use only coaxial input or the micro USB one. A 3.5mm line input can be found as well that uses the device as a portable headphone amplifier.

It has two outputs, 3,5mm headphone out and the Line Out (DAC out) – that E17 did not have. Only this output itself is a huge upgrade over E17 and E07K, and now it can be easily used with speakers as well.

Total harmonic distortion was lowered compared to older model, power output remained the same, a better EQ was used, SNR was considerable increased that tells us that noise level was lowered, emphazing microdetails and hidden notes.

Menu is much easier to use now, using the volume wheel for navigation and adjusting hadrware settings.

The unit that I have got is a pre-production unit, it has a slower volume adjustment and I hope that production model will not have this issue. This is among the fewest issues I have with the device. 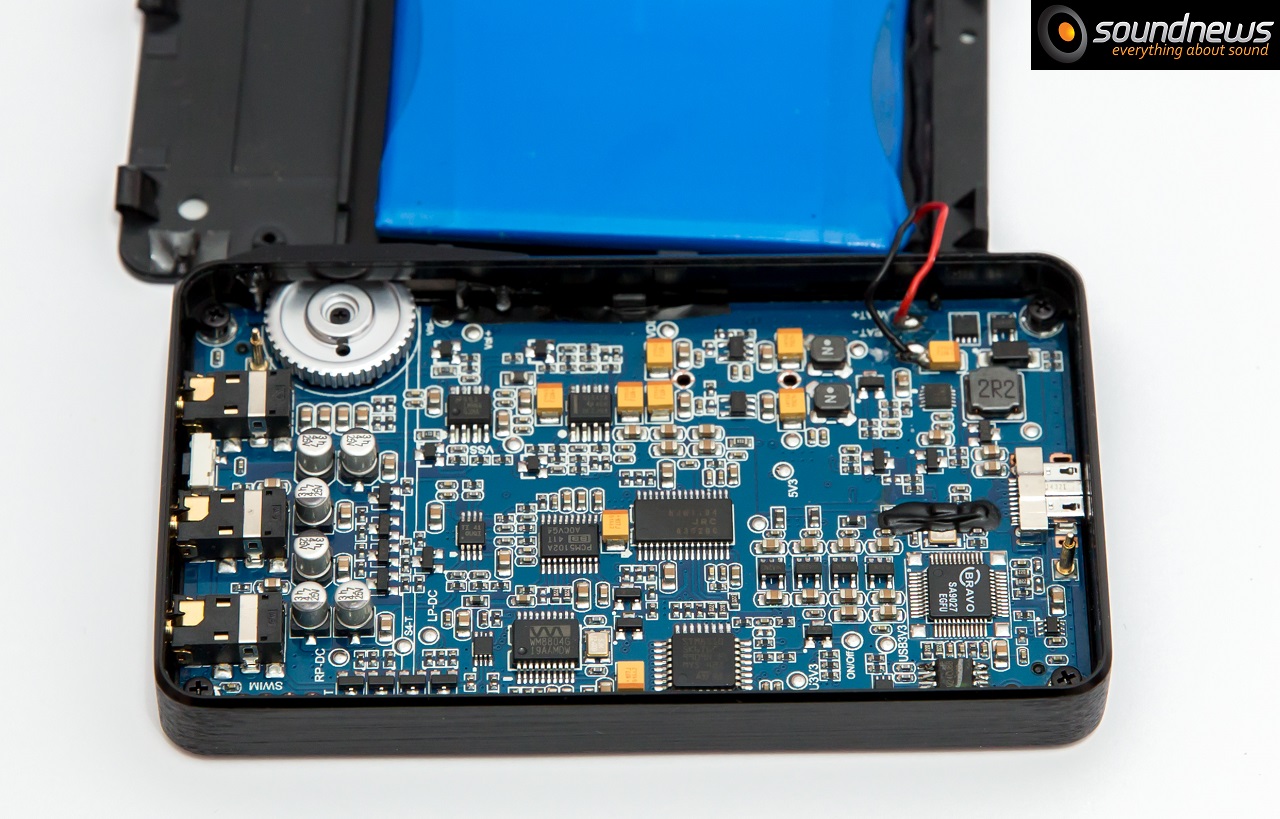 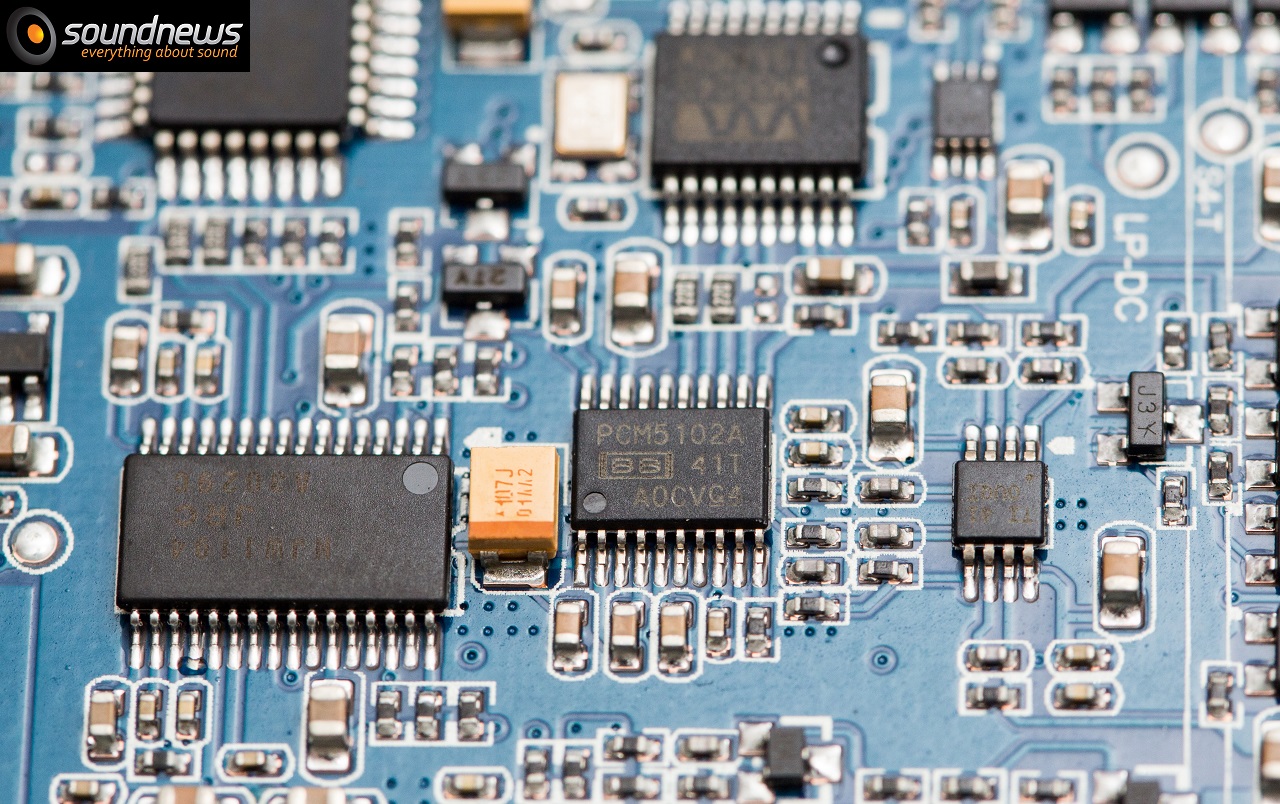 Audio performance (plus comparisons to E17):

The sound became first of all more detailed and airier, now can be heard many sub levels of information on favorite songs. Bass doesn’t sound as a one lazy and heavy note, it is more nimble and has a more accurate kick. Bass execution is more real and precise, while mid frequencies are not thrown in every direction as older E17 was making.

Naturalness no longer stands out when it is not needed, now depending on the song, the sound can have a digital tint (electronic music) or a more analogic tint (old recordings), it doesn’t have the same tint on all music as its predecessor did.

Older E17 sounded a bit slow and syrupy, symphonic and classical music was difficult to listen to. Mids that were thrown here and there wiped a big part from high frequencies, making lower and upper extremes (sub bass, upper highs) almost completely dissapear. Of course you could listen to classical or fast music but the experience was lacking emotion.

E17K solved most of these problems, if you know how an E10K sounds, then E17K is like an E10K but on steroids. I assume it is due to a higher quality filter, due to better op-amps and battery operated power supply – that is more stable and virtually eliminates line noise.

This little box knows how to play music and how to bring a smile on your face.

These Sony headphone are sounding a little slow and diffuse, this little E17K changes almost entirely those headphones.

Sound becomes much faster and controlled, soundstage widens considerably and stereo image is not as diffuse and two dimensional, the veil between the listener and music slowly lifts allowing finest microdetails to easily reach to the listener.

No need for a critical listen to hear new notes and hidden sounds.

For me E17K is a massive upgrade to the E17 and if you own an E17 I think the time has come for you to enjoy an upgrade that will not induce critical damage to your wallet.

I will write somewhat less about frequency spectrum because I feel I do not have something serious to reproach. It sounds almost perfect, nothing stands out, yet nothing is missing…

High frequencies are much more present compared to its predecessor. 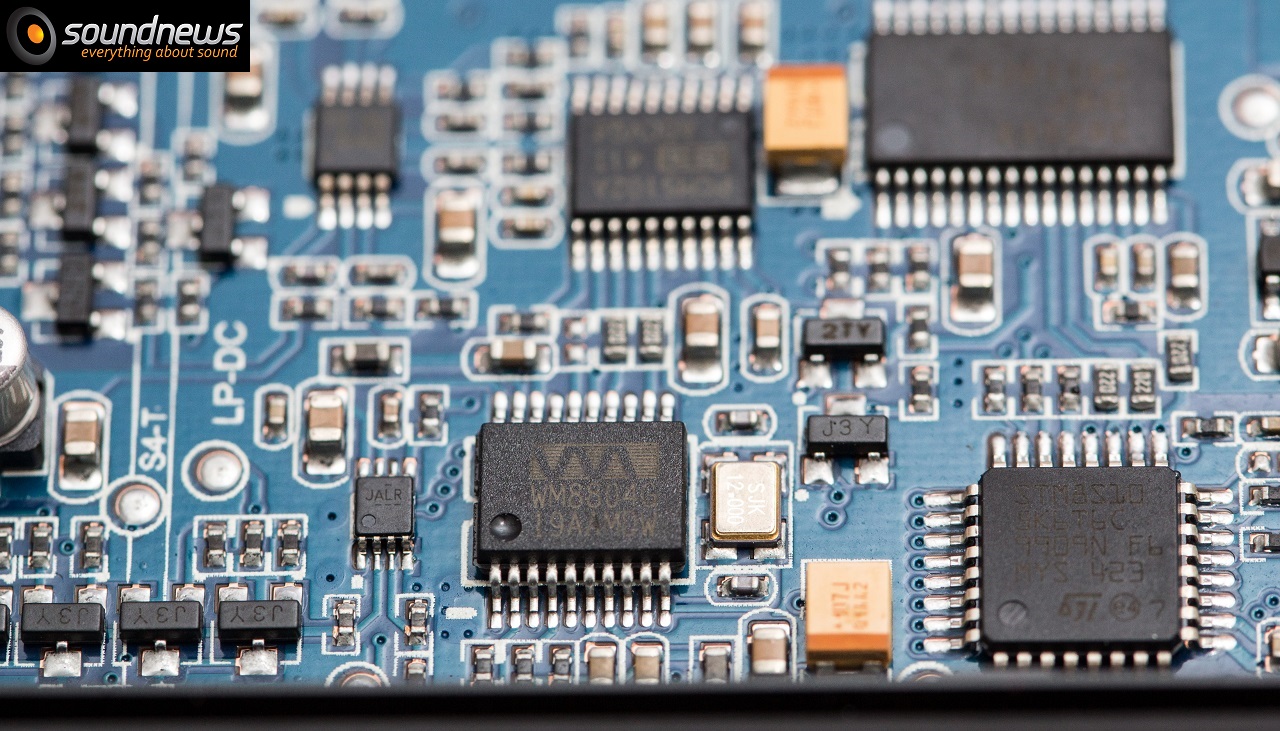 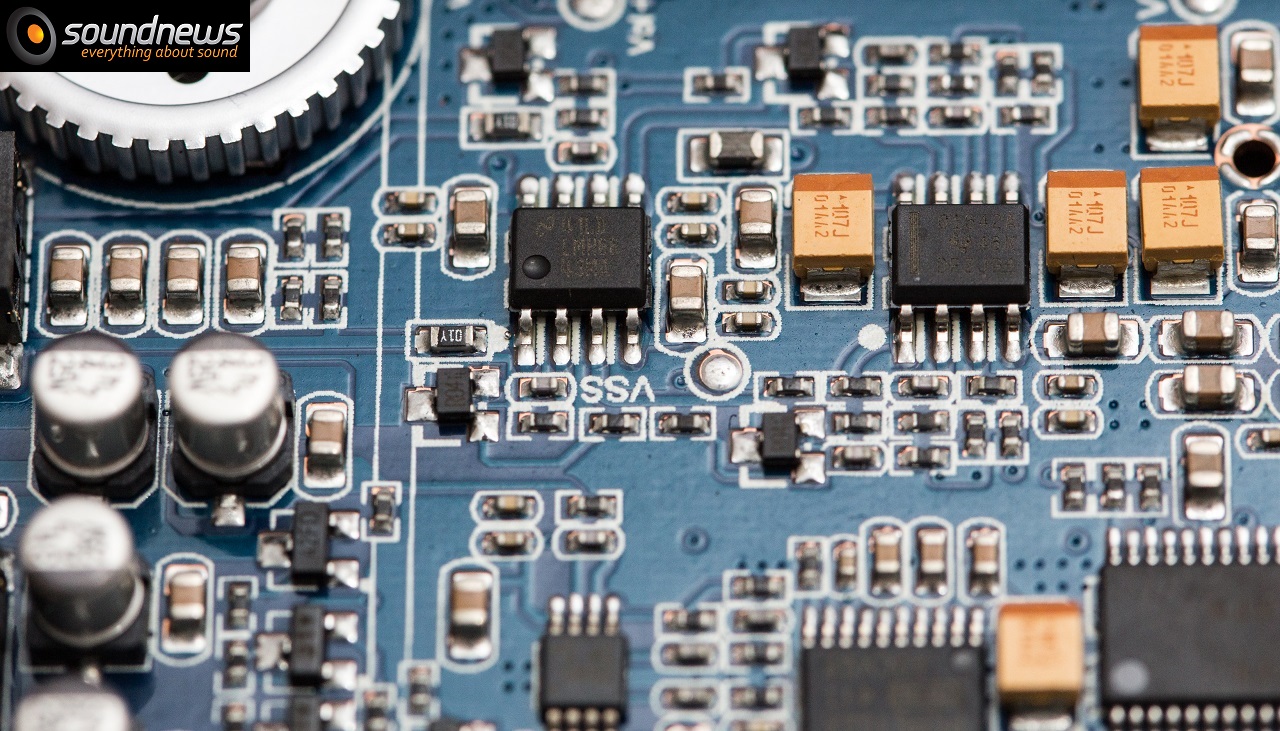 At last I can recommend E17K for all types of music genres, including classical and ultra fast or complex music.

Unfortunately at this price point we cannot have everything. I feel that while stereo image was improved, it is not holographic and 3D like, more work should be done in this area.

The mush effect on crowded music to my surprise is rarely heard, that really made my day.

Sonic performance is at a higher level than the price might suggest, it doesn’t dethrone my X5 that I use daily.

Internal headphone amp is quite good and free of background noise.

Gain was set on low for Sony MDR-1A and for Philips Fidelio L2, I cannot stand more than 80% volume, it was more than sufficient even for older recordings that doesn’t have excessive loudness.

The amplifier grips tight almost all portable headphones on the market, something more powerful is hardly needed. It will power without a problem even phones like Sennheiser HD598, Audio-Technica AD900 and AKG K550.

For heavy artillery like planar magnetics or very high impedance (300- 600 Ohms) headphones you will need to wait for the future E09S desktop headphone amp that will dock to this little DAC/Amp.

Using some custom IEMs, I didn’t hear background noise or hiss, I listened without a problem and the combination was a fine one.

In the DAC mode, connected to some active Audioengine A5+ speakers, was a revelation as well.

A5+ sounded almost as good as when connected to X5.

I felt a slight diminution of stage in width and depth, a slightly less 3D sound and a lower level of detail. Differences were not very obvious, those with untrained ears will not detect the difference so easily, or maybe at all.

Line-Out output was done very well and offers even a lower distortion compared to headphone out. This device can be easily used in any setup, speaker or headphone based, if you want to use it in both cases, it’s even better. 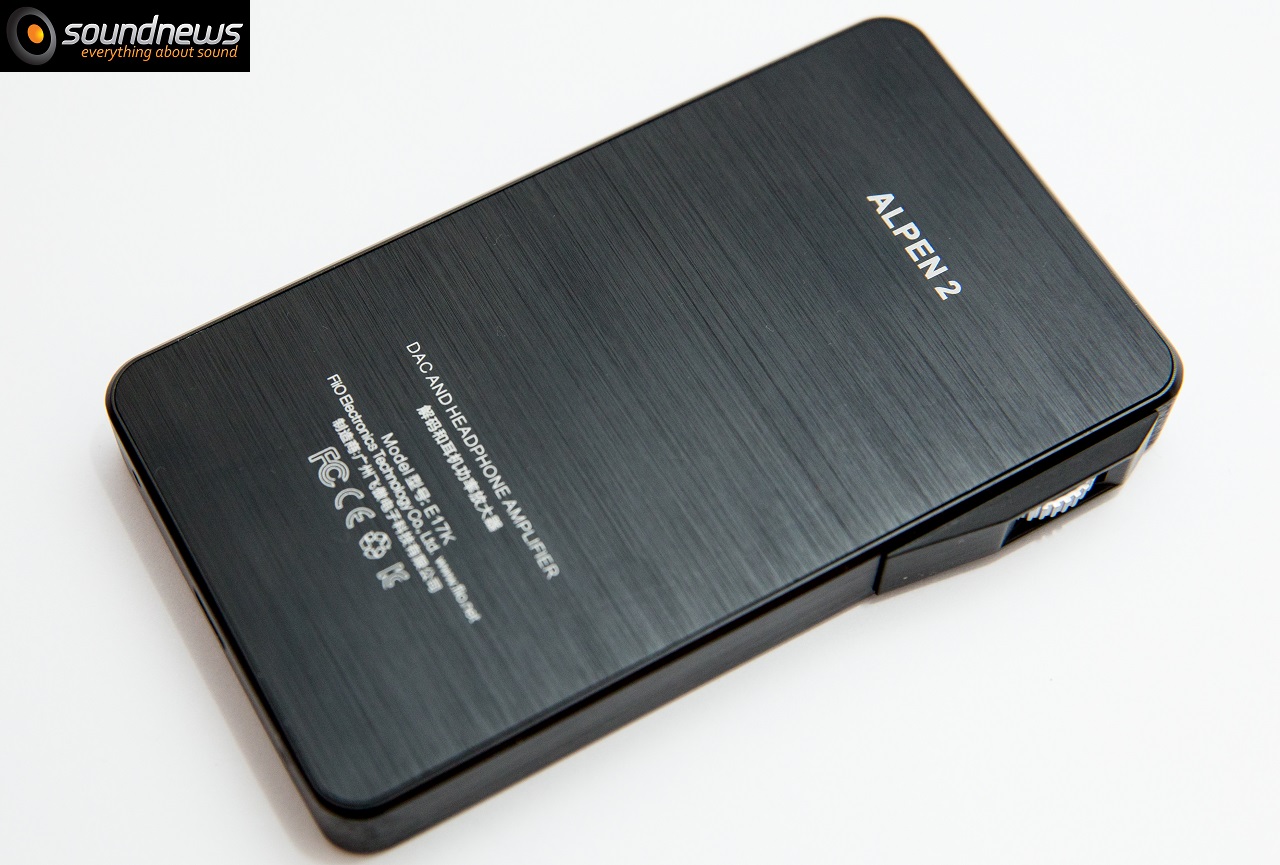 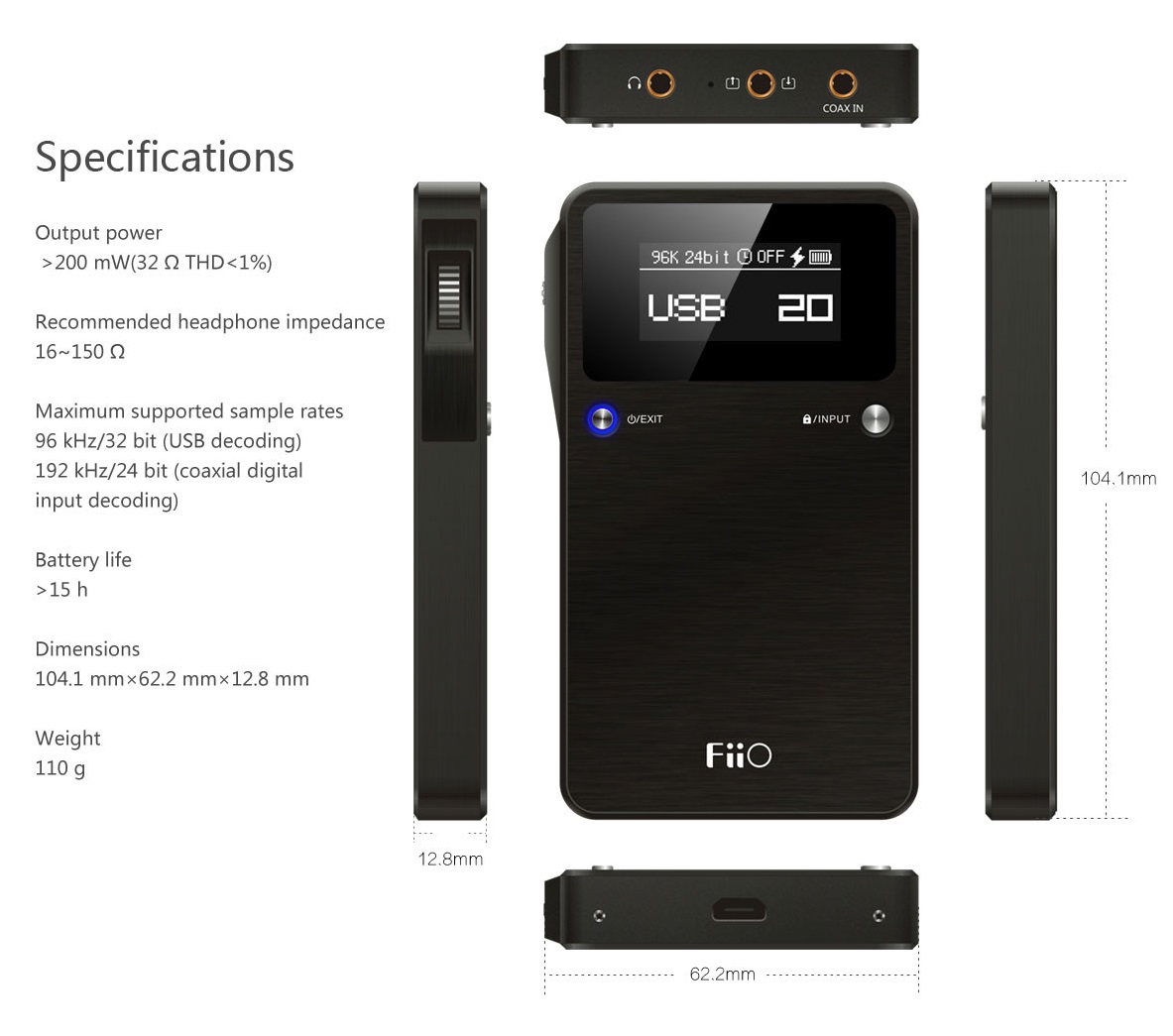 E17K will most likely remain a true classic again in terms of entry-level DAC/Amps, whether you are speakers or headphones listener. Its performance far exceeds the price paid. And speaking of price, E17K will be sold at the same price as its predecessor, a logic and welcomed move.

Metal construction, modern design, ease of use and audio performance are all some strong point that ouperform its older brother.

I’m sorry that optical input was dropped, no more PS4 games connected to a small DAC/Amp, that E17 was doing really well. But if you are not interested in this aspect then you can choose E17K without any problem.