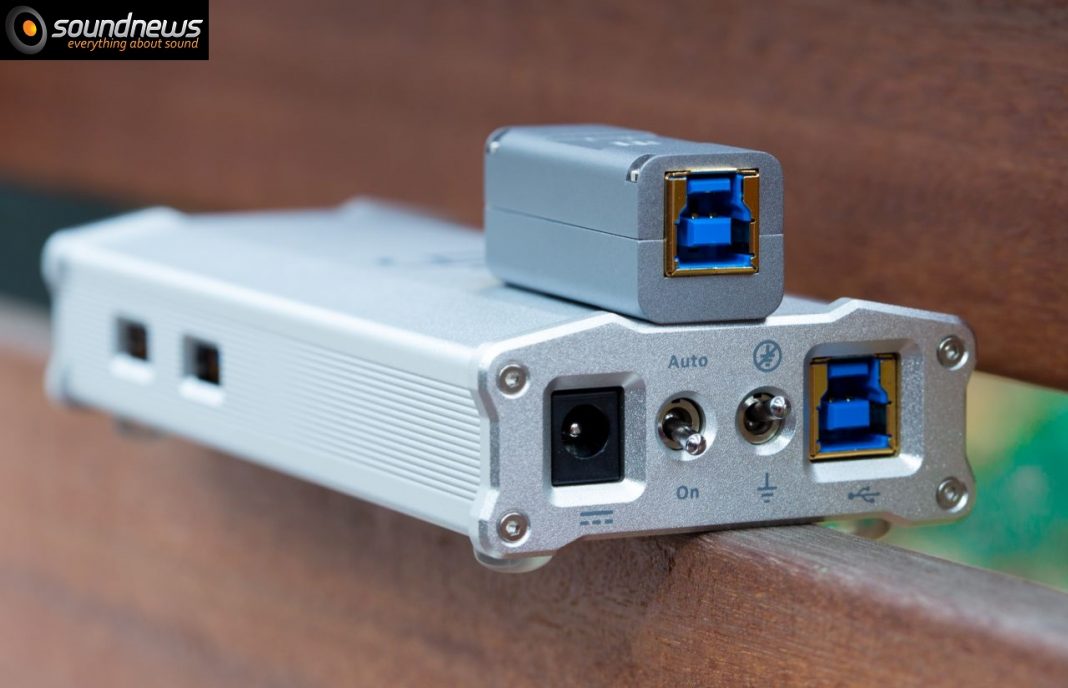 This is a follow up for the iDAC2 review in which besides stock configuration I added an iUSB3.0 and a iPurifier2.

What exactly does iUSB3.0?

iUSB3.0 was developed especially for USB DACs that are used in front of a PC.
As we very well know PCs and especially laptops have some dirty USB outputs.
That’s why sometimes printer signal goes out, the mouse is not recognized or in general USB peripherals go nuts.
The same story can be told about USB DACs, some of the are more influenced by USB issues, some of them are less.

For this purpose I have tested 3 different DACs, that belong in different price categories to better understand which ones were more affected by USB gremlins and which ones were not so much.
USB DACs from my test were Abrahmsen A-DAC II (±250 Euro), iFi Audio iDAC2 (±390 Euro) and a more expensive Hegel HD25 (±2080 Euro) 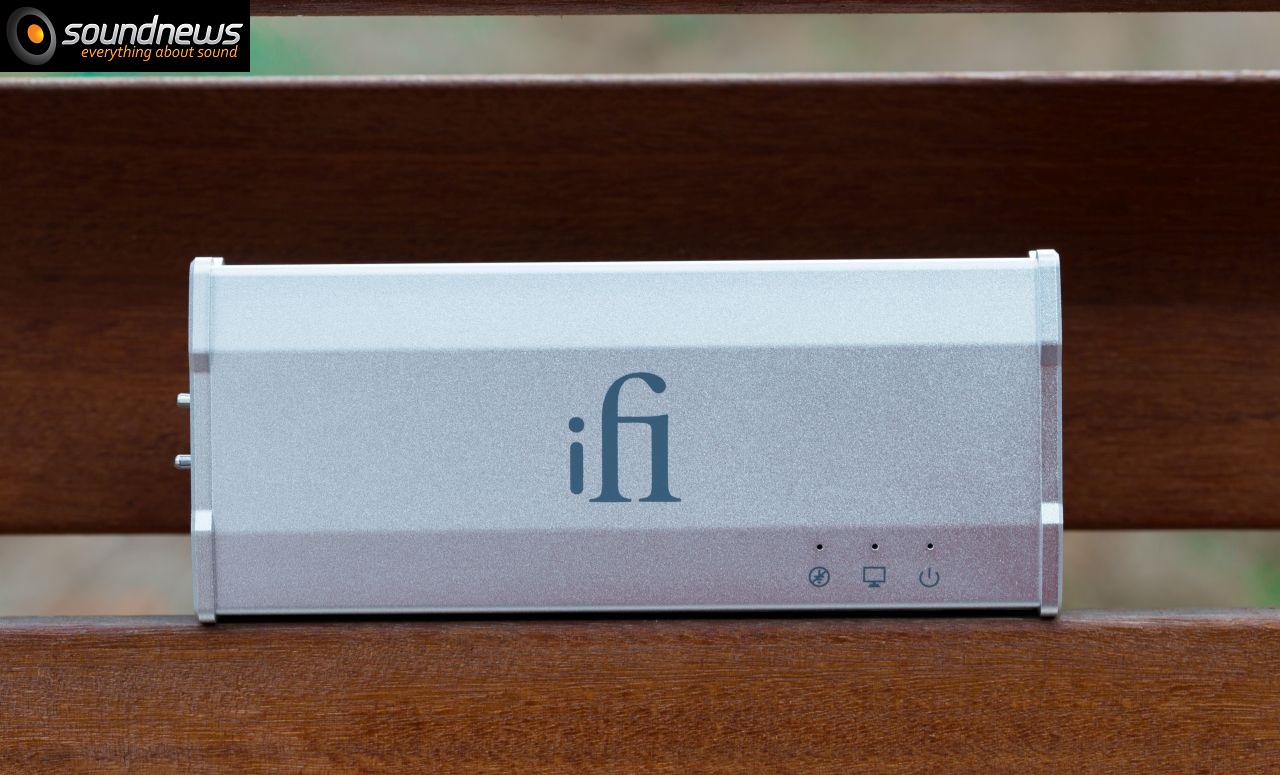 Since when I have gone to 100% digital I liked the idea of using an USB DAC, storing all loss-less music on an internal/external big capacity HDD and using a PC for controlling my playlist.
Unfortunately on some DACs when touching the mouse or when printer was powering one or in general when many USB devices were connected I would hear some pops, cracks and/or distortions, the focusing became blurry and music itself started to fall apart, losing on precision and critical timing.
Some DACs were very sensitive to USB problems, some of them not so much.
By theory it is known that DACs that uses asynchronous data transfer would be less susceptible to USB issues, and those that use adaptive or synchronous transfer would be more influenced.
That is why my 3 DACs from the test are different, A-DAC II works in synchronous mode, iDAC2 is asynchronous and HD25 works in adaptive mode. 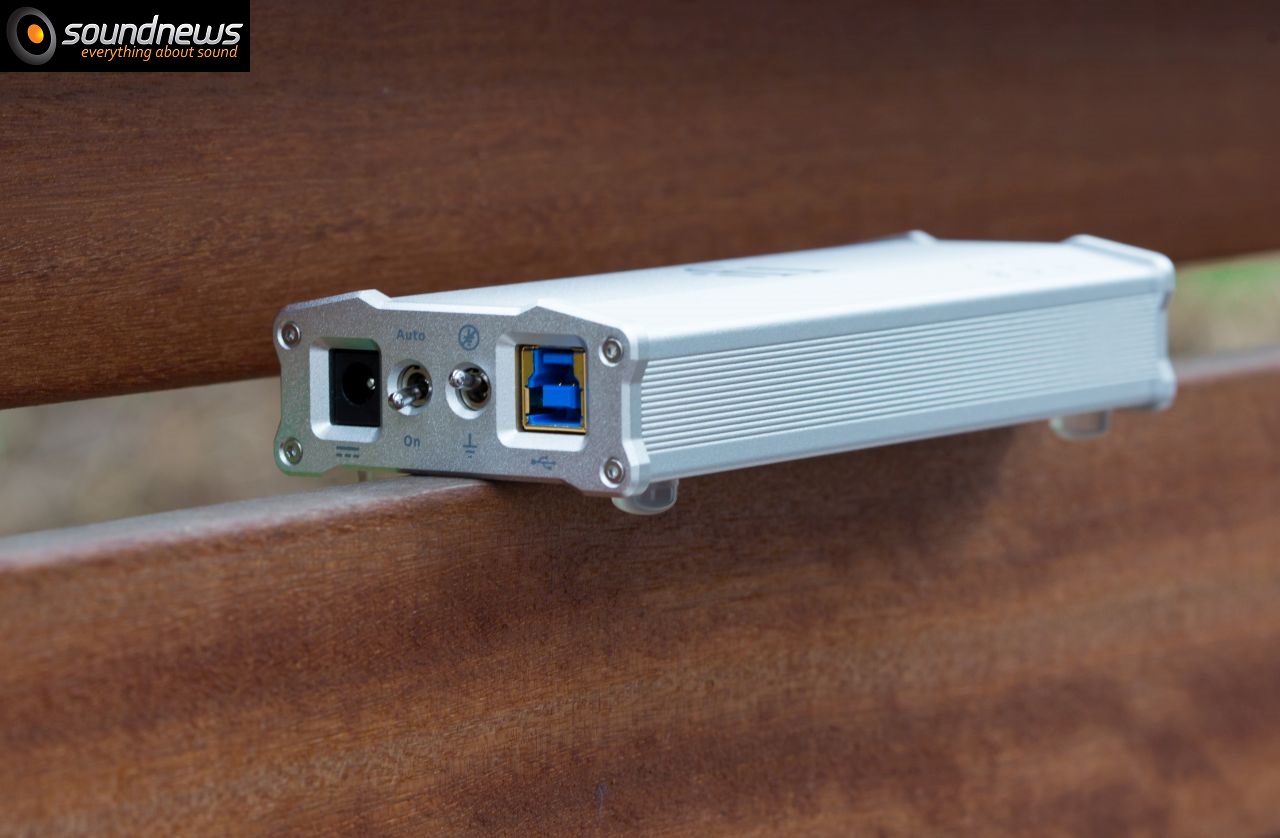 Lets get to the interesting part.

First on the list is the most accessible DAC: the Abrahamsen A-DAC II

As I told in my A-DAC II review.

Directly connected to an USB port of a PC, the sound is warm, quite full, but unfocused and rounded – cutting a bit of sub base and from the top.
From the first audition it is clear to me that the sound is a bit muddy, unfocused, musical instruments are more crowded as if the air is not moving between them.

When I connected iUSB3.0 the sound caught a slightly better focus, the base felt cleaner and on top there were more sparkle.
The difference was not big, but noticeable on quality material.
I also felt a slightly faster tempo on rock and electronic music, focusing improved and that round sound became more complete, as a whole.
The corners of the frequency extremes were not that suddenly cut.

Especially on classical music this effect were more pronounced.
Although the differences were not as big as I expected.
I was a bit disappointed, I thought that A-DAC II can be improved even more, but it seems that implementation limits were achieved.
I blame the power supply of A-DAC II, it uses a switching PS, probably if an DC iPurifier or an iPower were used the situation could be merrier, and those two might improve even more that the one brought by iUSB3.0 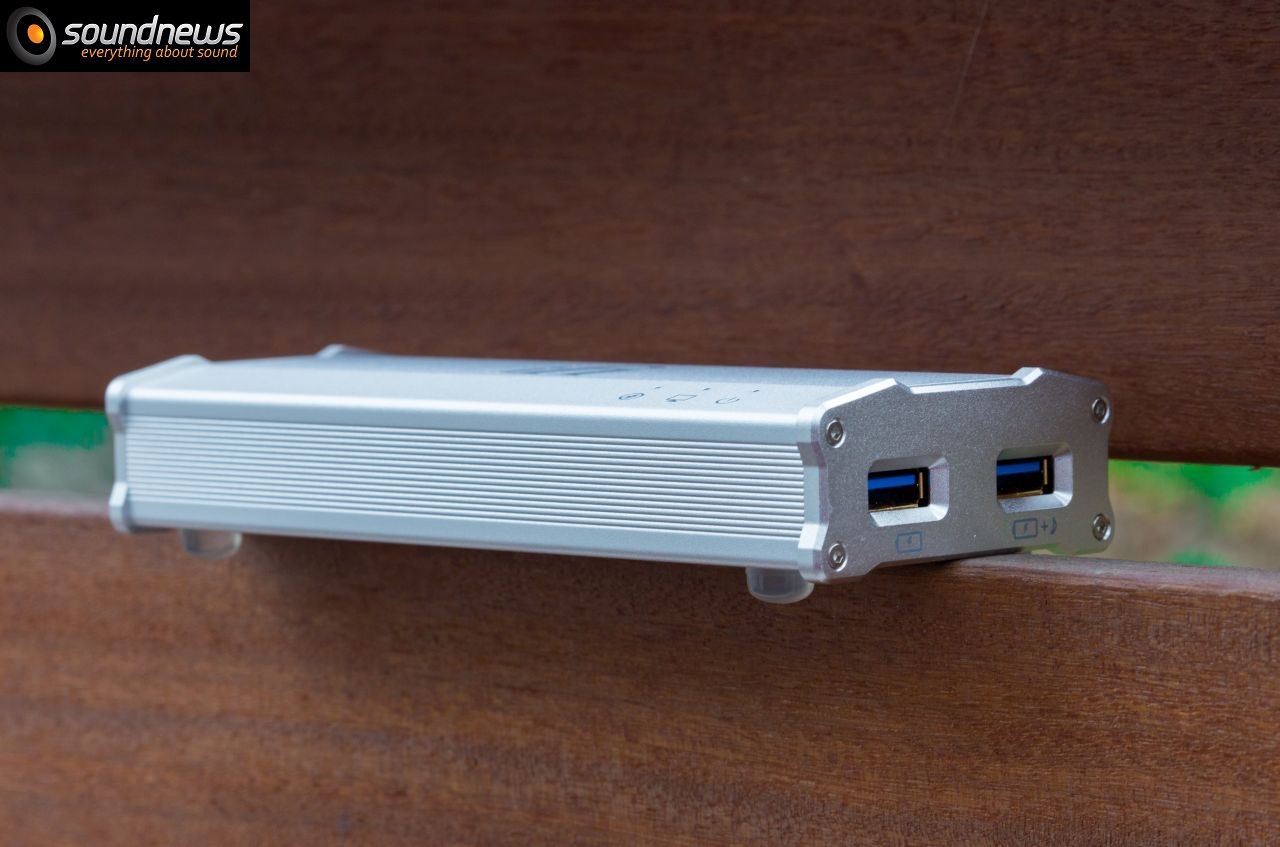 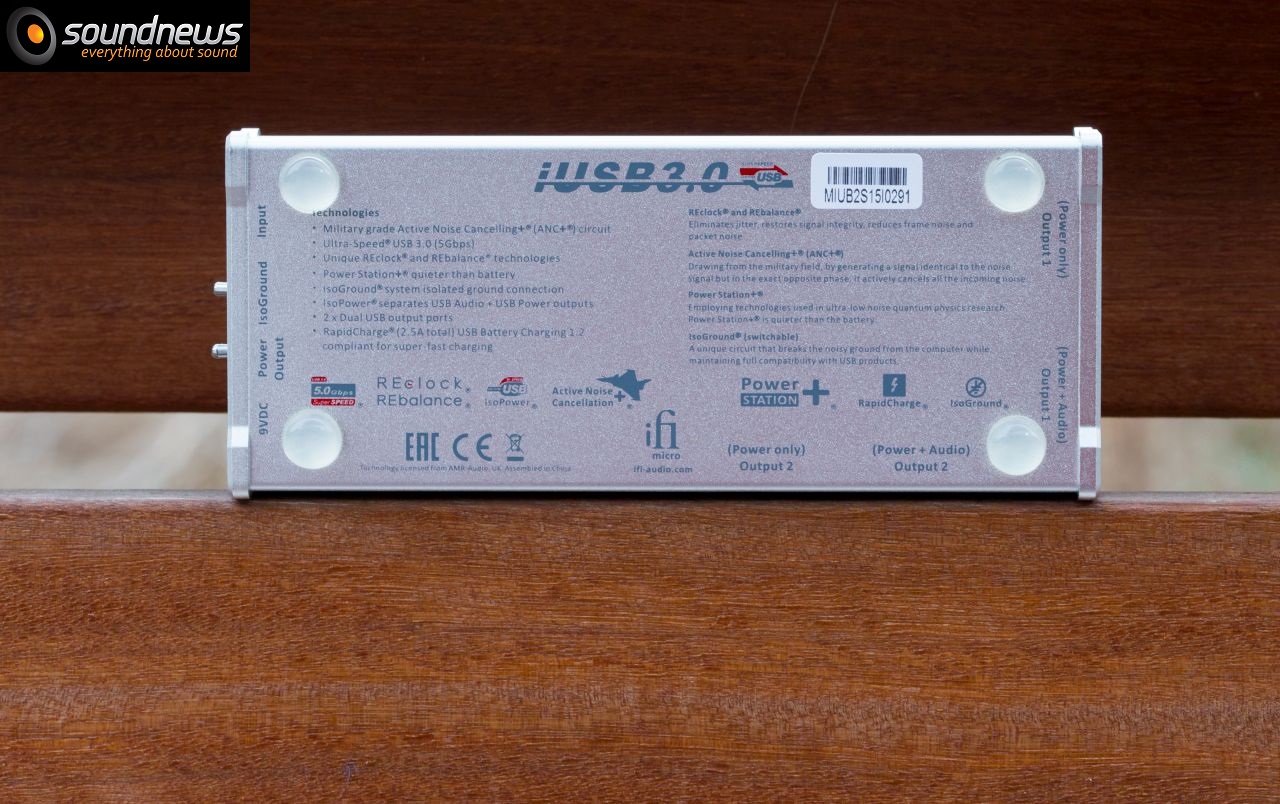 Next on the list was iFi iDAC2 that was tested an week ago HERE.

The funny thing is that iDAC2 works in asynchronous mode and in theory it should barely benefit from an external iUSB3.0
The differences in case of using iDAC2 from USB port of a PC or from iUSB3.0 was bigger than I expected.
Biggest difference was at impact, the speed of notes, on focusing and on 3D stereo image.
As an example I have used Chemical Brothers – Surrender album.
The moment when I used it with iUSB3.0 I felt that I need to lower the volume, on headphones as well on speakers.
The sound literally became faster and bass impact became really crazy, hitting my eardrum with incredible force, it was so obvious.
The slam was extraordinary, I didn’t expect something like this from iDAC2, didn’t know it is so capable. Bass notes felt like shooting a from a cannon and focusing became surgical and precise.

I was glad when some Jazz music started.
Besides a better focus, I started to take an easy walk through the recording, it became a simple game analyzing the music.
I enjoyed the fact that besides a clearer delimitation of notes and a more pronounced shape of every note, the sound never became tiring or clinical.
Naturalness and and the easy flow of music remained untouched.
Using iDAC2 directly from PC sounds very good, but this iUSB3.0 lifted its performance on another level, as if I listen to a higher performance DAC. 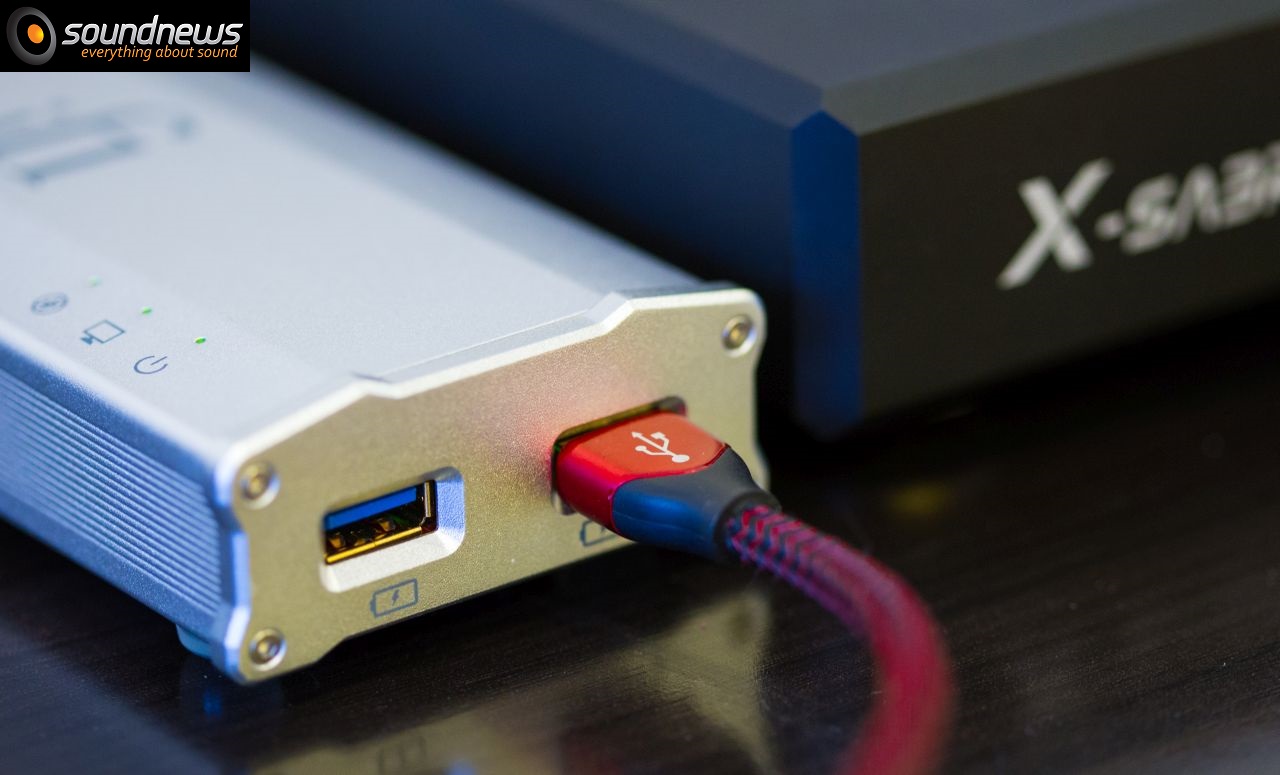 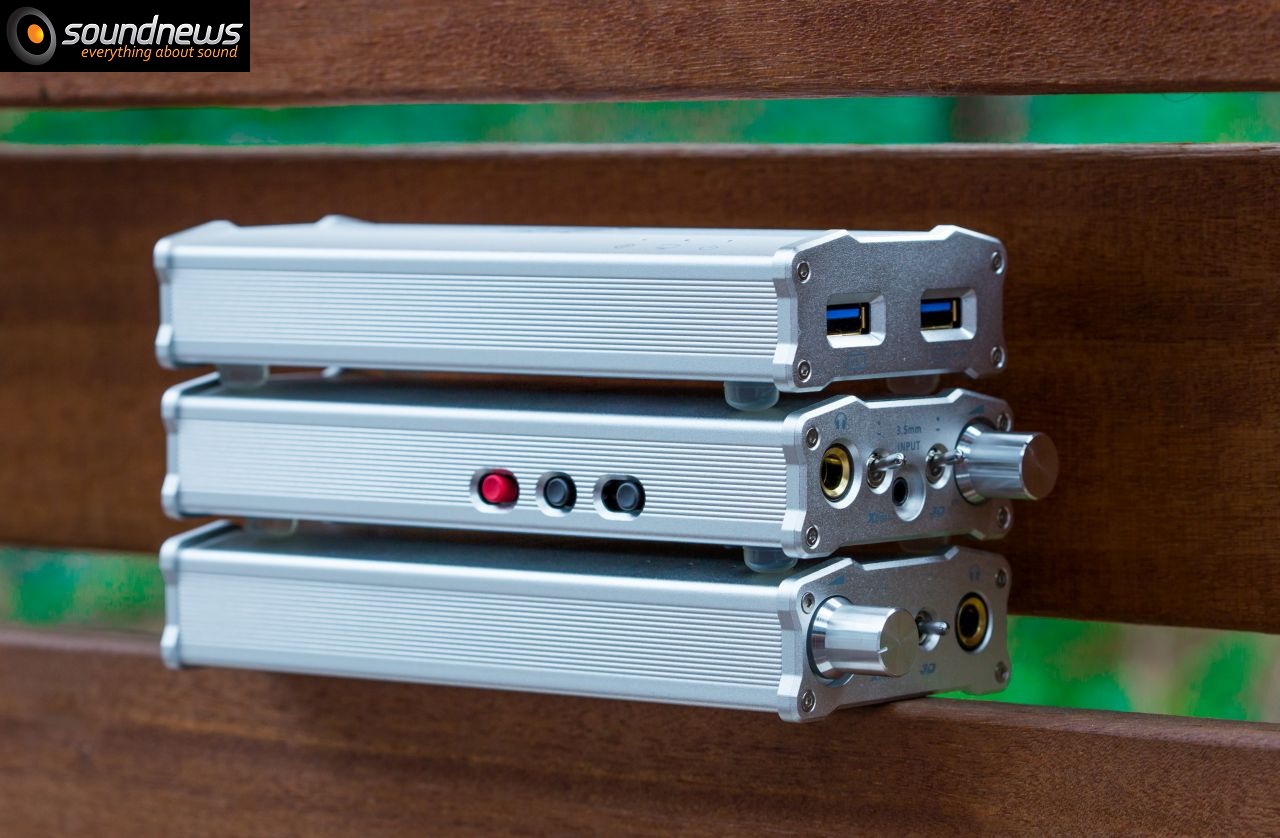 Last DAC on the list was Hegel HD25.
Hegel HD25 it’s a very capable DAC, it impressed me, you can read my impression about it HERE.

In my vision HD25 is an excellent DAC, for some it may the be ultimate.
Very few cons can be attributed to this DAC if you are interested in a natural and easy sound.
Hegel works in adaptive mode, manufacturer mentioned its USB module was specifically designed to work this way, they felt it was best solution for HD25.
The improvement of adding an iUSB3.0 was immediately heard and felt.
Basically as in case of iDAC2 I have obtained a clearer focus and a more precise impact.
However on HD25 there is something else that catches my ear and that is the size of the stage on all axles.
The sound was simply decompressed, the sounds flew farther away and didn’t hit an imaginary wall.
The stage became also deeper not just wider.
If this is what you want your HD25 to do then you just must try an iUSB3.0
In rest the improvements heard on iDAC2 I was hearing them on HD25 as well.
The difference on impact and speed was not so obvious, it was felt on a lower scale, I think its because HD25 in its stock form already has fast transients and great slam.

Pretty big differences that I felt on iDAC2 and HD25 is due to the fact that they’re high performance D/A processors and any difference in their acoustic chain is immediately heard.
I believe that the higher performance is the DAC tested the improvements of iUSB3.0 will also be higher.

iUSB3.0 is impressive from many point of views, besides the fact that it improves the USB DACs performance, and external HDD can be connected to it as well, the benefits doesn’t stop here and possibly other USB devices with benefit more or less from using an iUSB3.0

In addition to iUSB3.0, iFi developed something similar but much smaller and more affordable, that is called iPurifier2.
Basically it does almost the same thing: cleans the USB signal from all unwanted gremlins, it takes access time back to normal, it reduces jitter and regenerates USB signal. 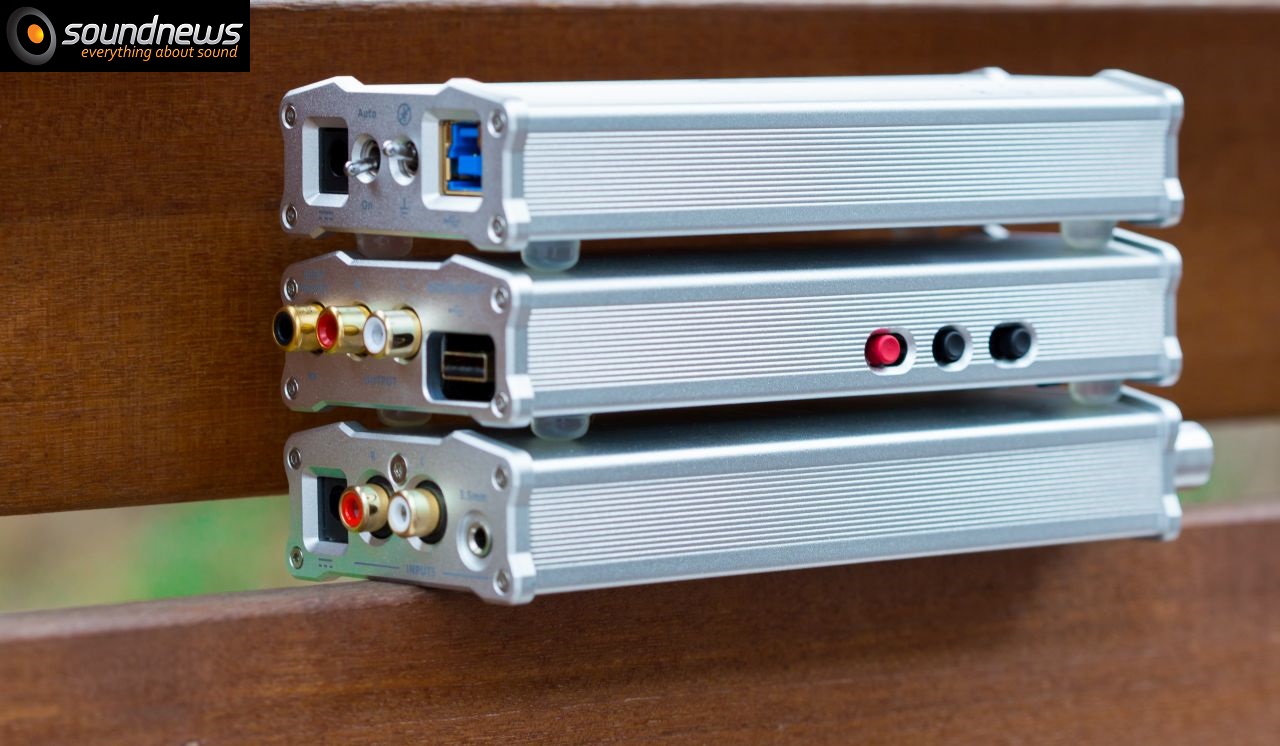 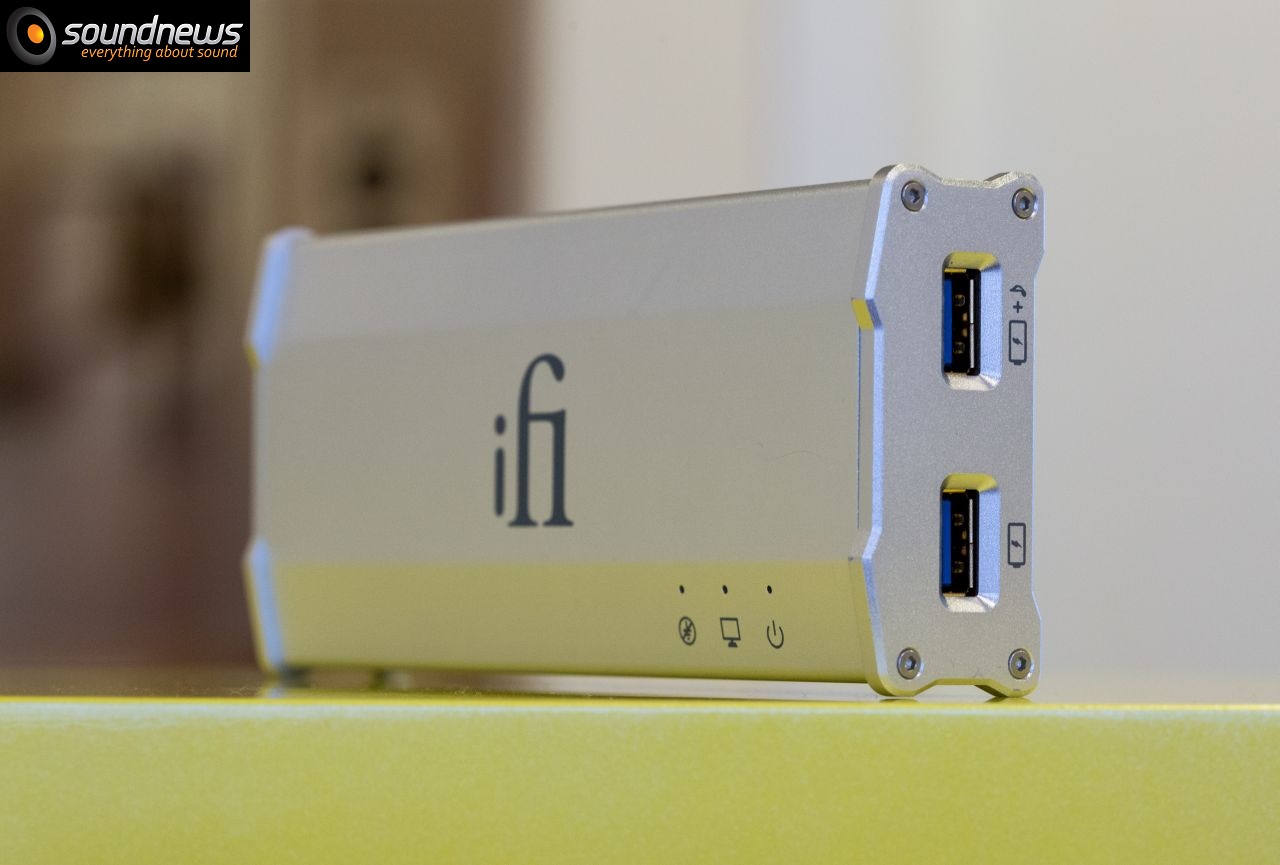 I liked the fact that iPurifier2 connects directly to the USB input of any DAC, this way a cable between it and a DAC disappears.

The differences between using a USB port from a PC and from iPurifier2 were smaller than in the case of iUSB3.0
In the following rows will try to be more explicit what I liked and what not.

Using Abrahamsen A-DAC II I was not really sure if there was an improvement or not.
On a track I felt that music started to sound faster, on other I felt that there is more information on higher registers, on another everything sounded the same.
I concluded that on A-DAC II the difference was minor and maybe even non existent.
Maybe the switching power supply is to blame, maybe the DAC is not that resolving, maybe both and maybe none. I didn’t realized why but I felt nothing notable and clear. 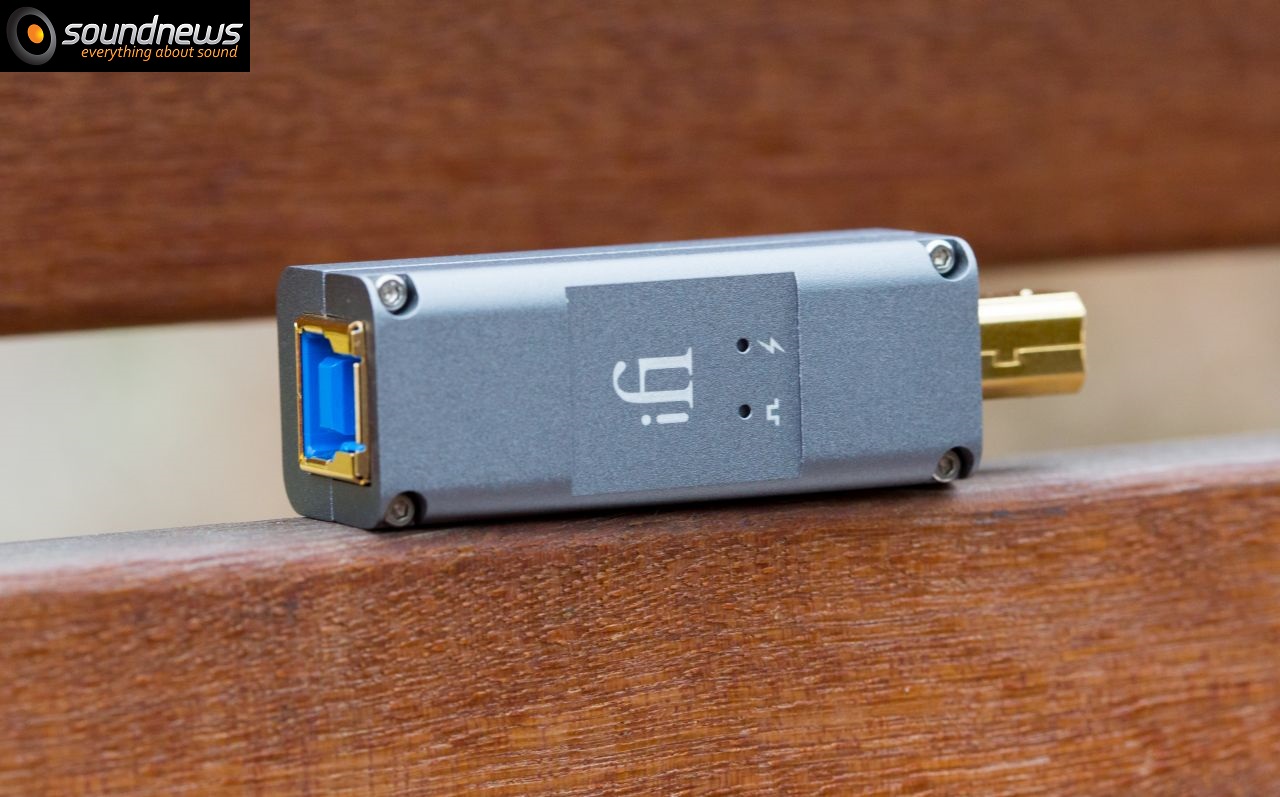 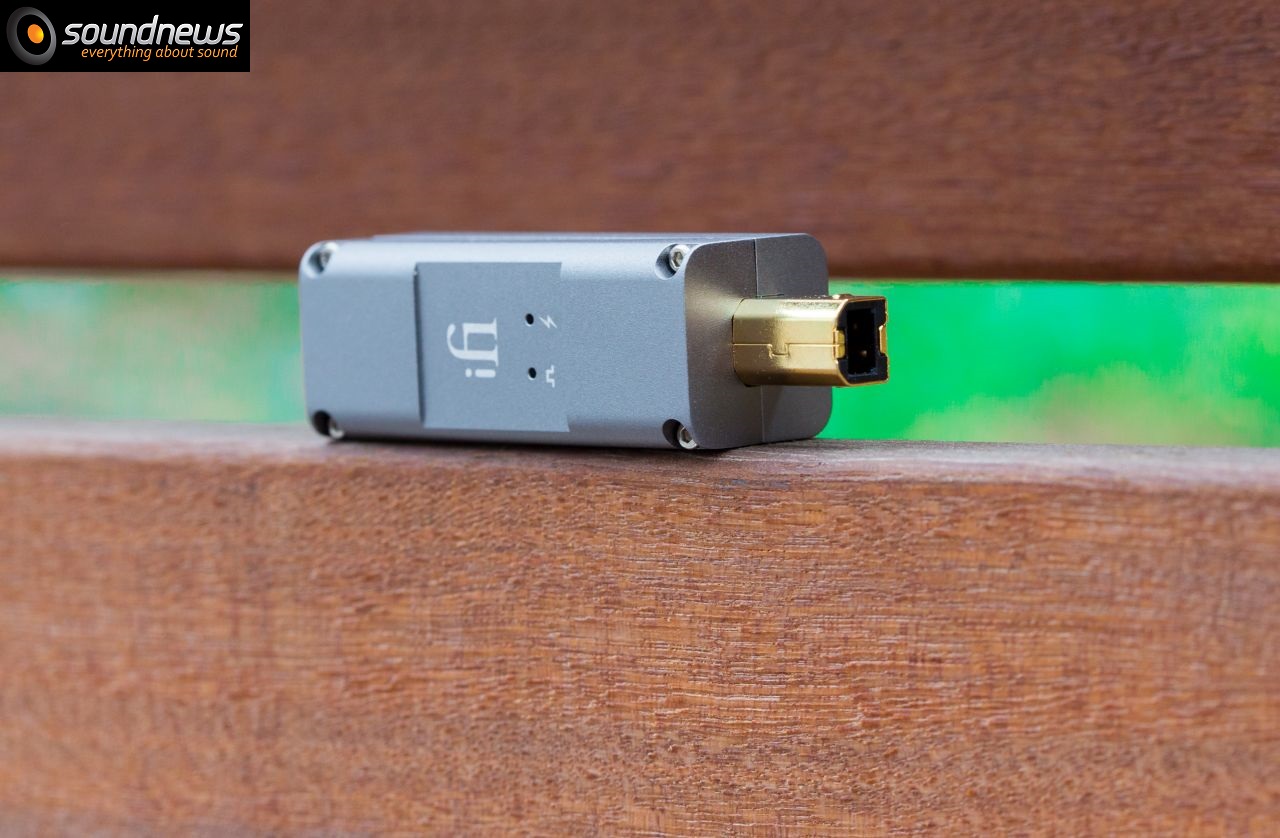 Moving om to iFi iDAC2 my smile returned on my face.
The impact raised considerably, but I didn’t feel that I need to lower the volume this time.
Focusing on a single musical instrument from all the orchestra again was improved but not so much as was the case of iUSB3.0
Precision as well as detail retrieval are not so surgical precise, a small layer of information is still missing.
I didn’t hear drastic changes regarding the width and depth of the stage.
Base seemed more visceral and going deeper in the recording, the shining of high notes was not affected, the sound didn’t became warmer or colder, the tonality being unaffected.

At the end I’ve used Hegel HD25 on which differences were felt almost instantly.
Stage became slightly deeper and wider, but as much as on first test with iUSB3.0
On base a better control was felt, as if it plays a bit faster. 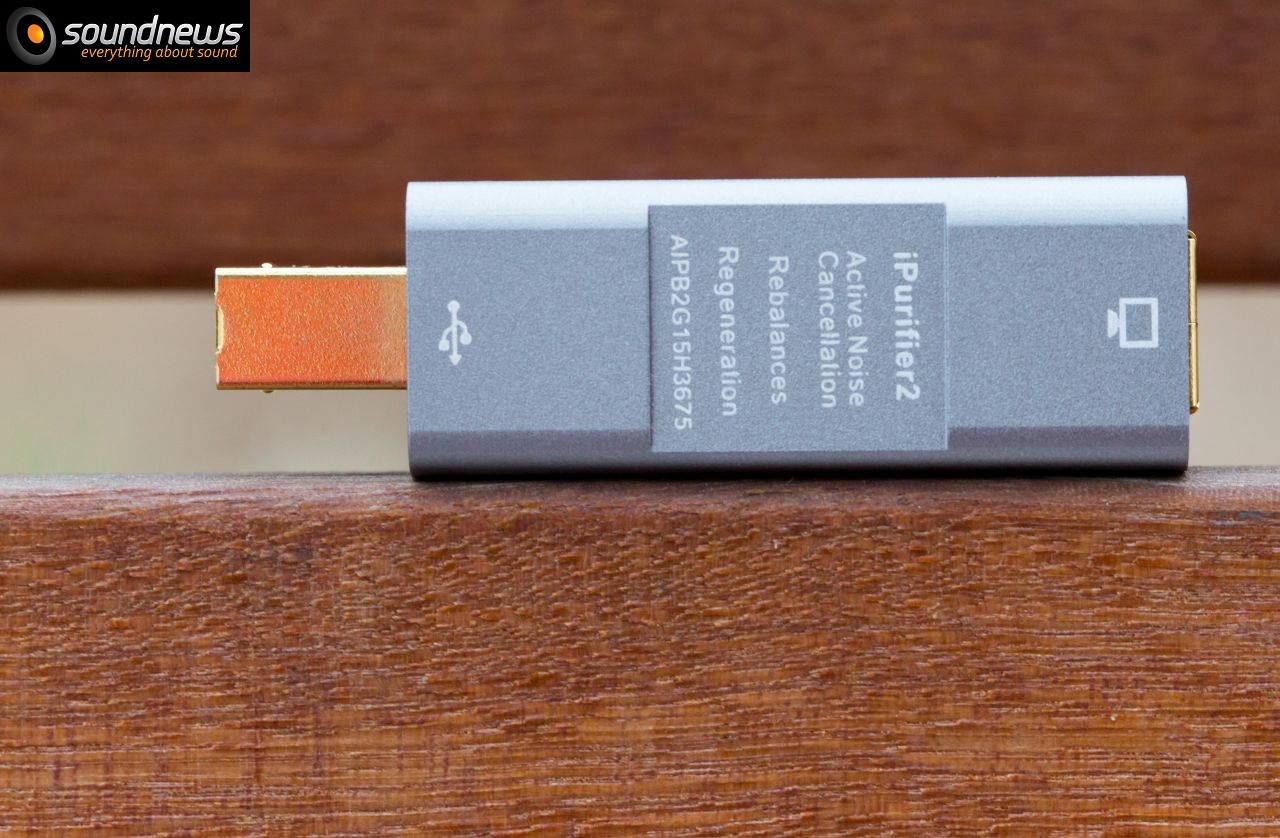 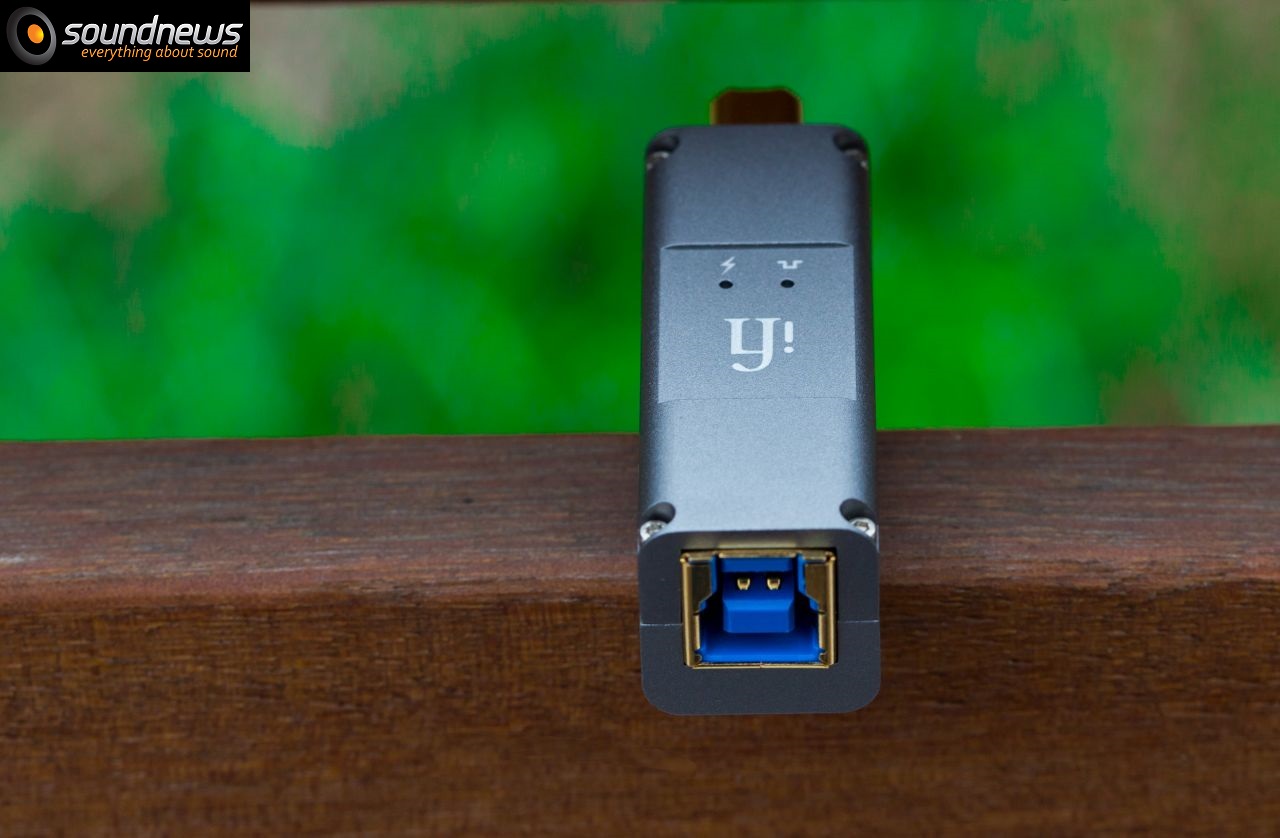 Detail retrieval as well as precision was not influenced that much.
Tonality remained untouched, as well as fast transients and the warmth of the music.

It is clear to me that iPurifier2 is not an ultimate solution as was the case of iUSB3.0
Let’s not forget the price difference between those 2 devices.
iPurifier2 costs at this moment about 110 Euro and iUSB3.0 about 440 Euro, so a 4x difference.

One thing I enjoyed very much on iPurifier2 is that any problem you might have with USB connection, some buzzing noise, cracklings or if just your USB DAC looses connection very often when connected to your PC/Laptop then iPurifier2 will solve all those problems.
I have an impression that for affordable USB DACs more than iPurifier2 is not really needed.

For expensive and high performance DACs from which you want to drain the last drop of performance iUSB3.0 would be my choice. 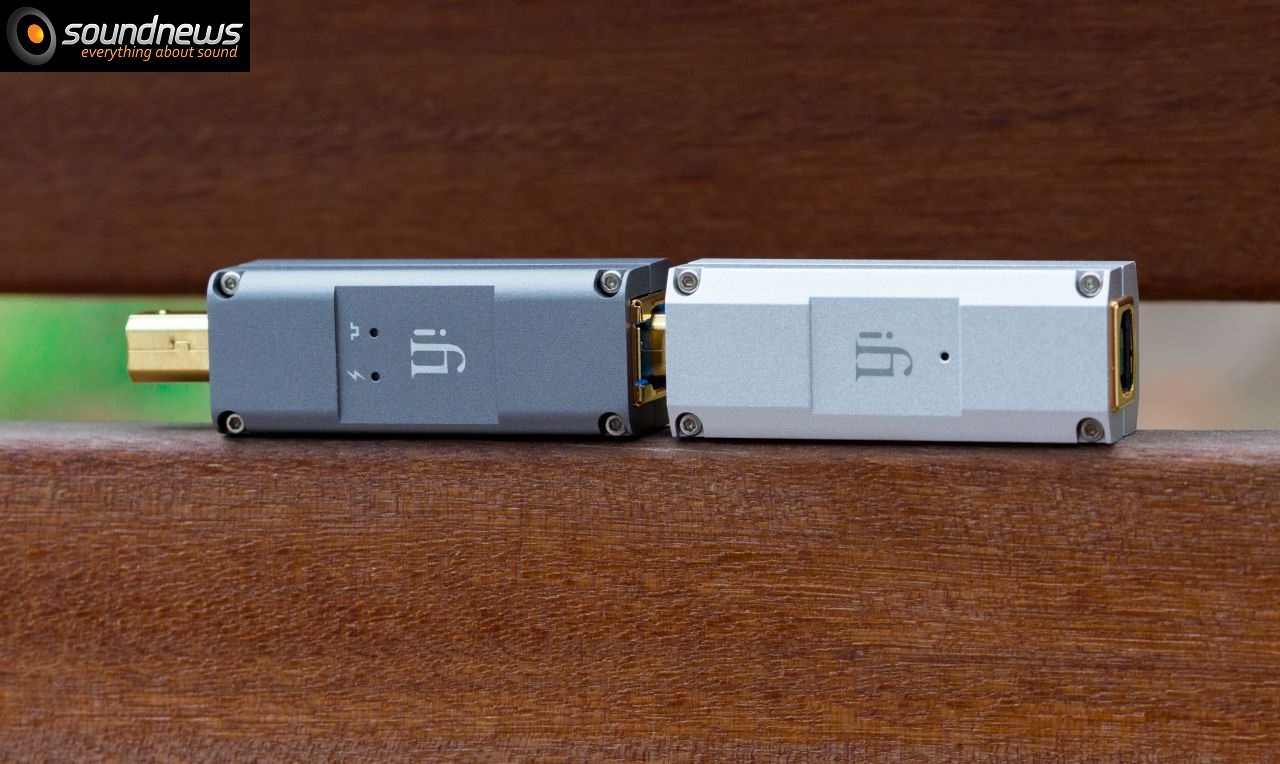 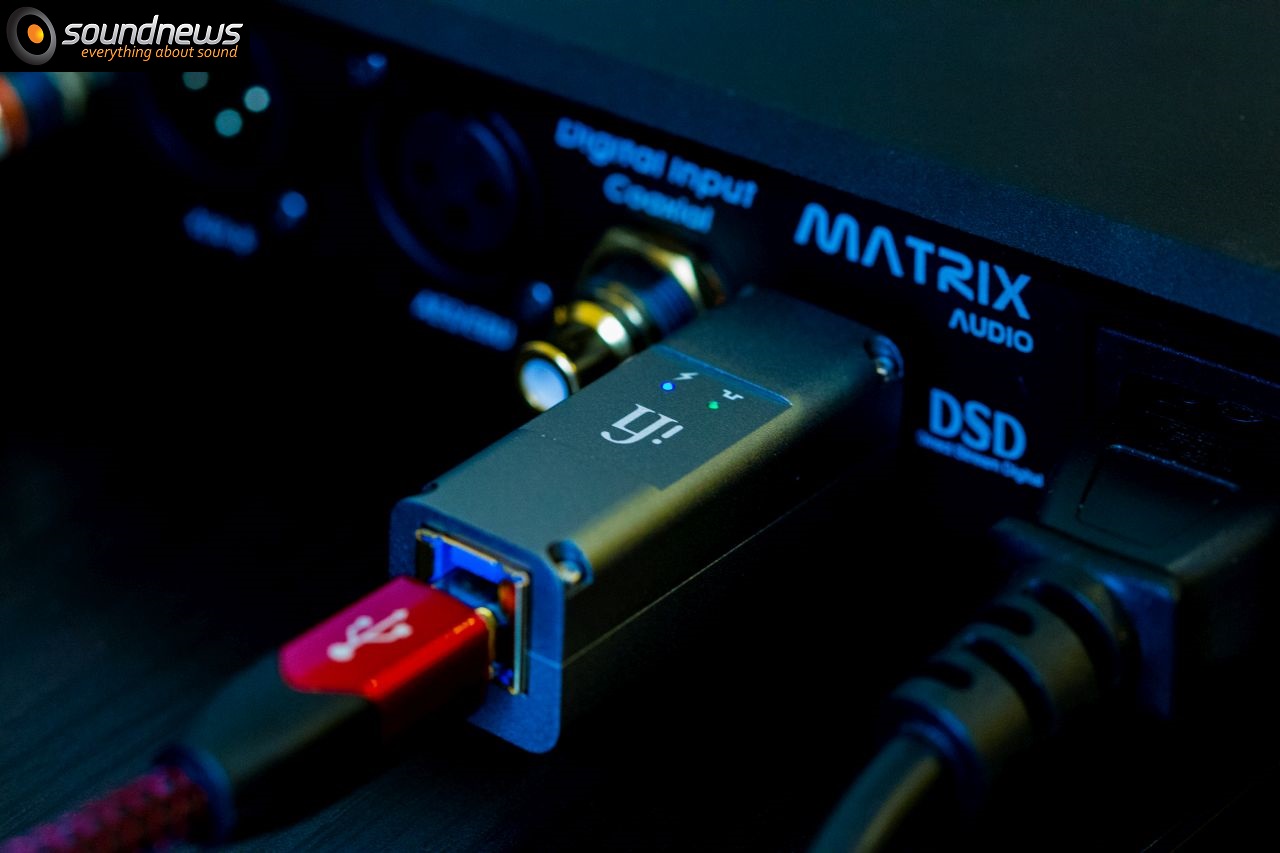 Both devices are impressive, through their construction, development and through their principle of operation behind both devices.
From what I observed its not very clear on what DACs the differences will be small or big.
I thought that on asynchronous ones the differences will be small or unnoticeable but in practice it was very different.
It doesn’t matter if your source works in synchronous, asynchronous or adaptive mode, if that source uses USB connection – that wasn’t really designed for the music transfer in a real time environment, then any of this 2 devices will have a higher or lower impact on the audio performance.

Of course the rest of the acoustic chain is also important, the audio system is always pulled down by it’s weakest link in the chain, many times that weak spot starts from your PC.

Thus I consider iPurifier2 a real bargain from iFi if you are not interesting investing to a higher performance DAC.
iUSB3.0 becomes an ultimate device if draining the last drop of performance from your DAC is your wish. 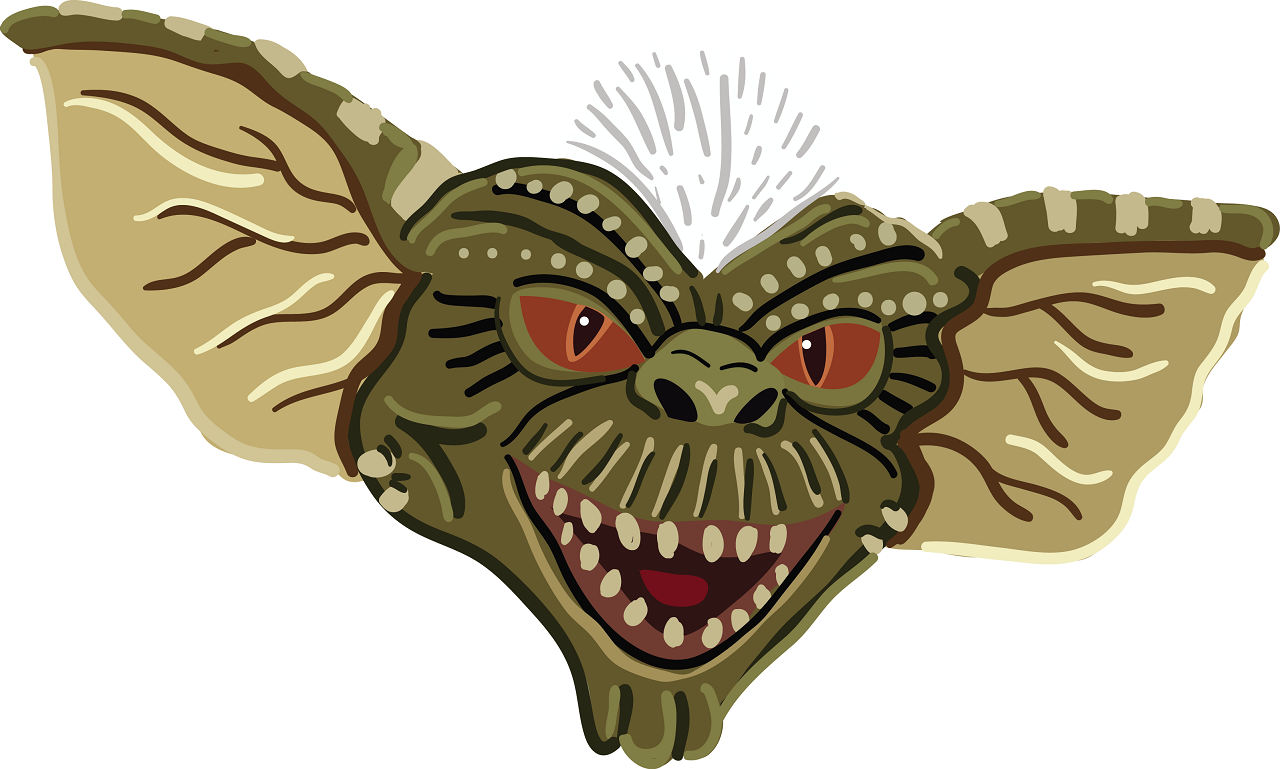 Pros:
– Regenerates, cleans and purifies USB signal
– Transforms your PC in a dedicated hub for music playback at a Hi-Fi level
– Improved focusing, airy stereo image becomes holographic
– The widening of stage as well as improving its depth
– The awaking of fast transients
– Real decompressing of the sound
– The bass can really hurt your eardrum, careful with the volume

Cons:
– Both devices will improve only USB DACs
– iUSB3.0 is not exactly cheap
– iPurifier2 is good but not excellent 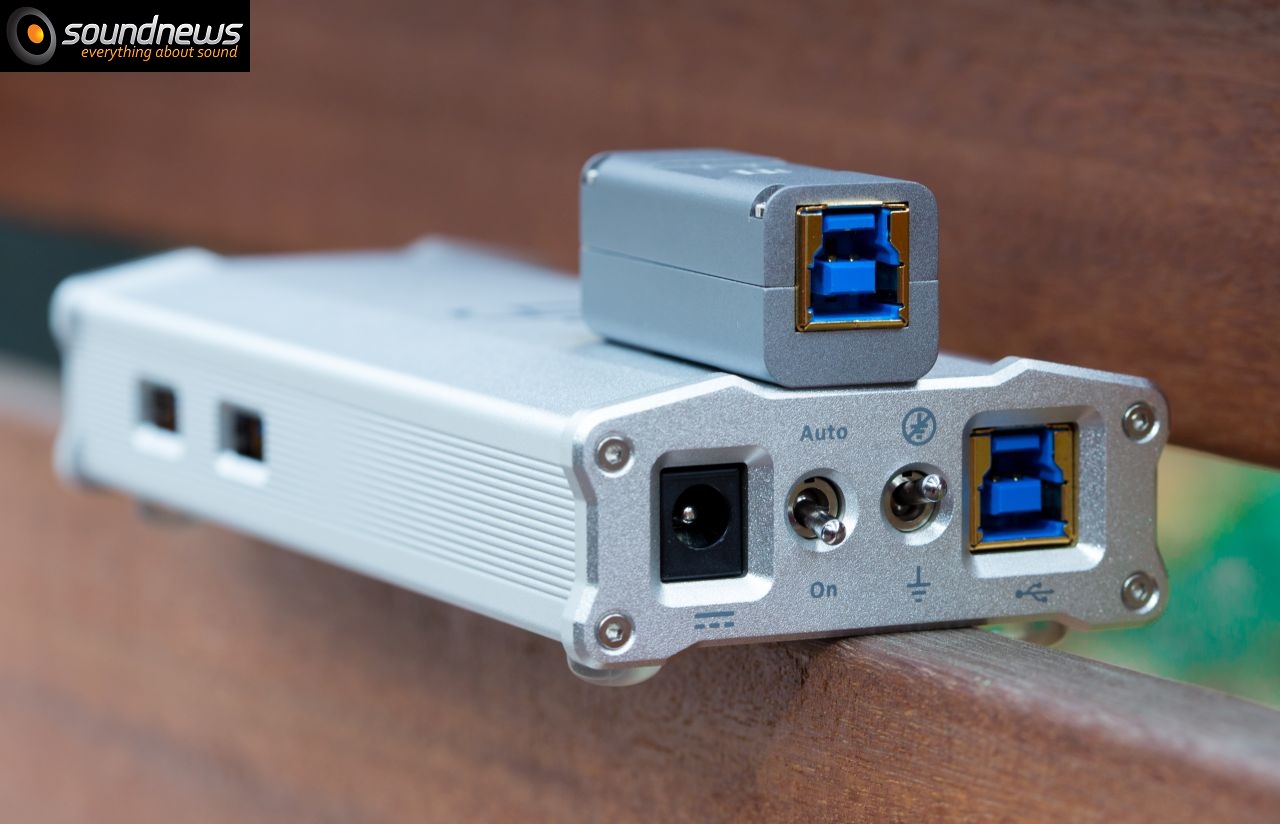 Battle of FiiO’s Bluetooth devices (BTR1 vs μBTR vs BTR3)